Accessibility links
All Songs +1: Carrie Brownstein Isn't Who You Think She Is : All Songs Considered In her remarkable new memoir, Carrie Brownstein paints a startlingly candid portrait of herself that dispels any myths fans might have about her rock-star status with the band Sleater-Kinney. 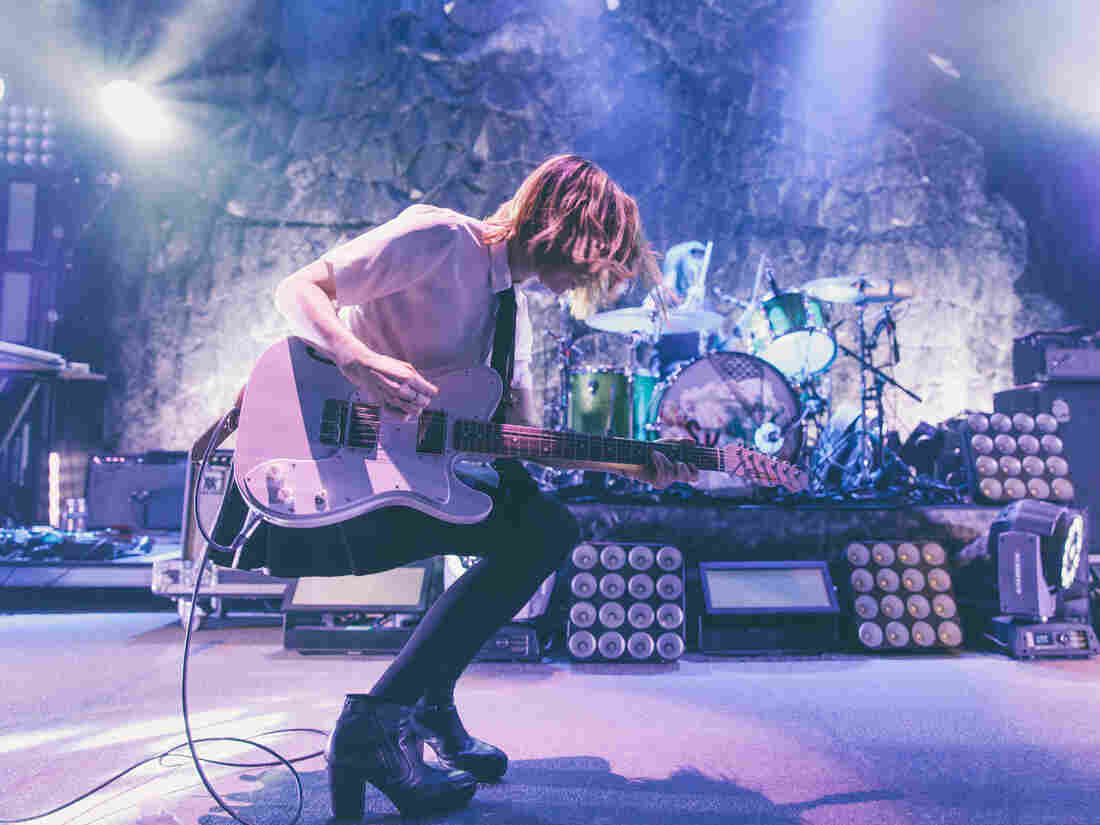 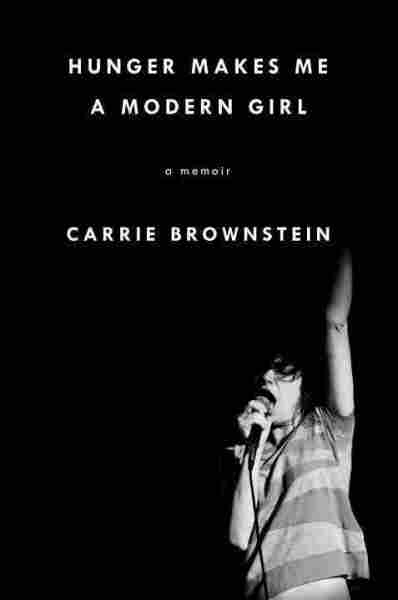 Hunger Makes Me a Modern Girl

We've known and loved Carrie Brownstein for years now, not only for her guitar shredding in the band Sleater-Kinney — or her work with Fred Armisen on the IFC comedy Portlandia — but for her longtime contributions to NPR Music. For several years after Sleater-Kinney broke up in 2006, Carrie had her own music blog with us called Monitor Mix. She's also appeared as a friend and frequent guest on All Songs Considered.

So we thought we knew Carrie pretty well until we read her remarkable new memoir, Hunger Makes Me A Modern Girl. It's a beautifully written and startlingly candid account of her life, from her childhood, coping with a sense of dissociation from her own family, to creating a new family within the music community. Through it all, Carrie paints a less than flattering portrait of herself as shy, awkward, a hypochondriac, self-destructive and often paranoid with an attitude problem. She also dispels any myths fans might have about the glamour of being part of a touring rock band.

On this week's +1 Podcast, we talk with Carrie about her new book, look back at the highs and lows of her time with Sleater-Kinney, and the talk about the future of the band.

You can hear the full interview with the link above, or read excerpts below.

On why she wrote her book:

"The book to me, it's not a diary. It was created with a lot of intention and deliberation and I put examples and vignettes in the book that served the story of someone who is seeking a sense of belonging and shape and sturdiness."

"I mean, I think one of the scariest things about depression is that it exists along with the happiness and the joy, and it kind of plays with it and sucks the color from it. So, it's not like — I still see all the benefits of that time in Sleater-Kinney and it was some of the best times of my life, but there were moments that were colorless. And that's really hard. But I think it still was the right path — the only [path] — it was the place that got me where I am today, no doubt."

On the recent Sleater-Kinney tour:

"When Sleater-Kinney came back and toured again this year, we treated ourselves really well and put our mental and emotional well-being at the center of that journey. And we had a lot of fun and it was still very intense. The music never lost any of that intensity. But ... the fulfillment, I think, was really palpable."

"I think I was so grateful in the years after Sleater-Kinney broke up or went on hiatus or whatever you want to call it, to find Portlandia and co-create Portlandia with Fred Armisen, which allows for levity, allows for the same kind of kinetic energy, but channeled through absurdity and surrealism. Which, to me, is another way of kind of processing murky, confusing information or observations or phenomena."

On being in the audience at shows:

"Part of the experience is the immersion into a group of mostly strangers and that collective awe and a sense of wonder. I really enjoy basking in that. And it's just as interesting to me to watch people performing as fans and observe the different ways that they experience ecstasy or joy or even heartbreak in relation to a song. And I like the undulation in the crowd and watching people's faces."

"It's an allowance of chaos. But it's also a moment where you feel able to steer that and to harness it and to move it through a room in a way that carries other people along with it and yourself. And it feels like a magic trick. Like you're holding some orb in your hand and it's all the things you fear and love and you're like, 'For this hour, I can make this ball of light spin.'"

"I think people would describe a lot of Sleater-Kinney as unsettling. And I don't think our best moments have sonic assonance to them. I think that we are best with a little bit of ... a caustic attitude and tone."

"I think we'll continue if we have something to say and if Sleater-Kinney is the right place to say that. And I have a feeling we'll do more writing, for sure."