Accessibility links
Viking's Choice: Agoraphobic Nosebleed, 'Not A Daughter' : All Songs Considered The grindcore band is known for delivering digital distress in 20 seconds or less. But here, it gets into a sludgy, seven-minute groove with a riff that kicks out the jams. 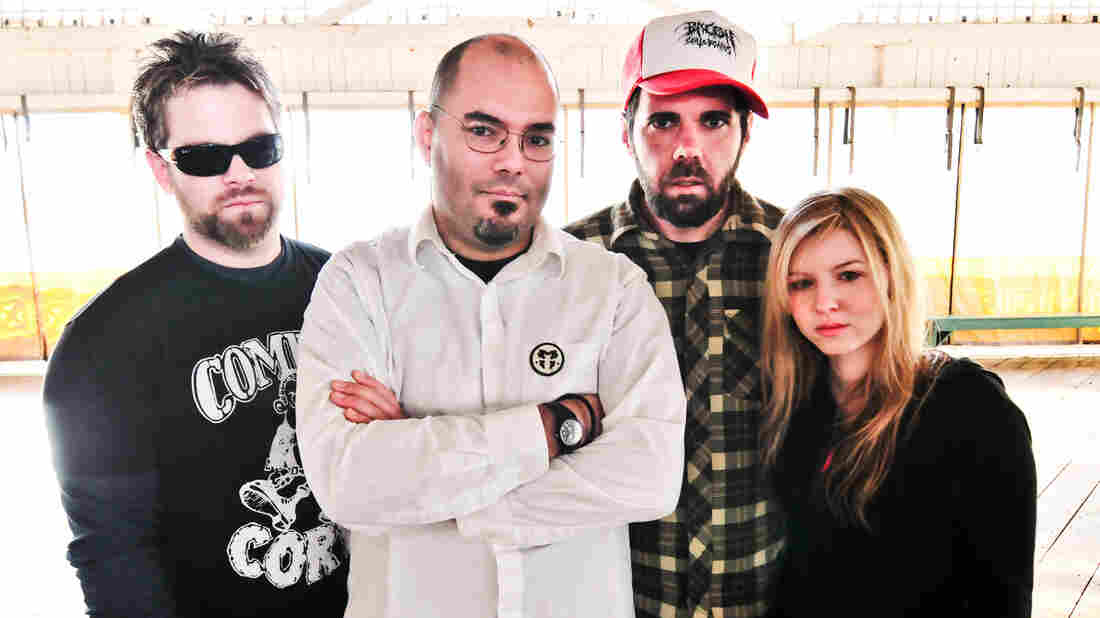 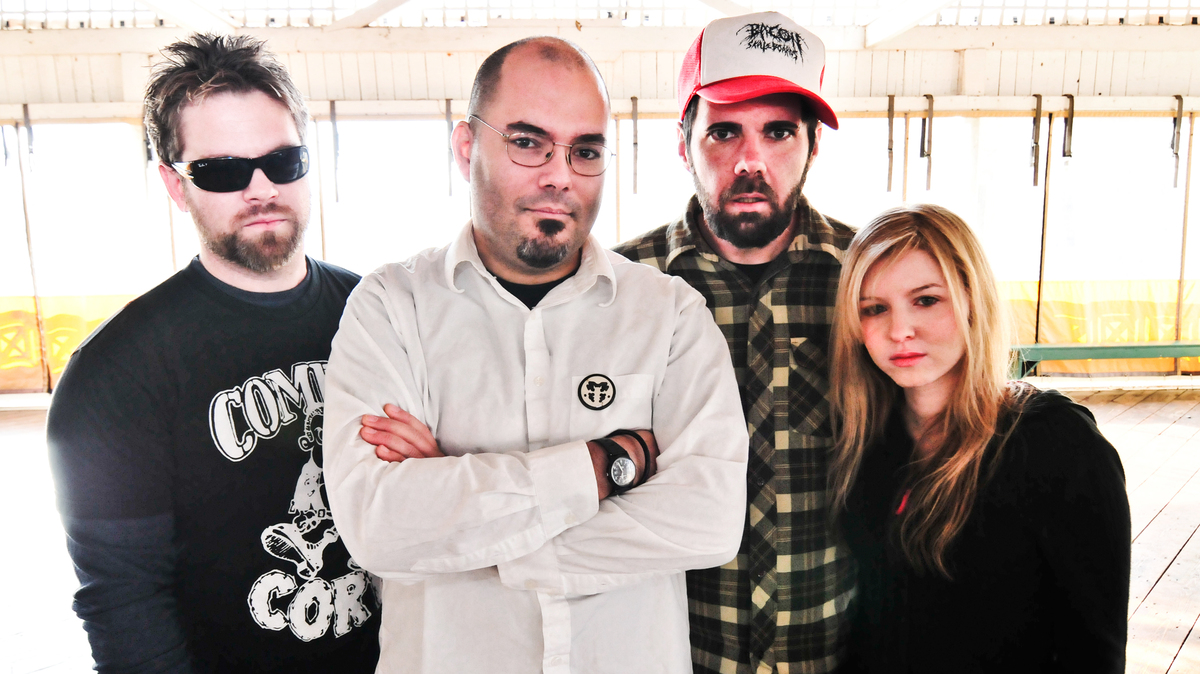 When the grindcore band Agoraphobic Nosebleed officially hit the stage for the first time in its 20-year history, expectations were extremely high. "We want people's minds to be blown," vocalist Richard Johnson told me a few weeks before Maryland Deathfest in May, leaving fans to speculate about just how the hell they were going to pull this off. After all, ANb's extremely complex and chaotic noise was always designed for the studio.

True to Johnson's word, minds were blown. It was a revelation to see ANb in action, witnessing not only Scott Hull's (Pig Destroyer) insane guitar work battling the drum machine, but also the distinct character of the band's three vocalists: Richard Johnson (Drugs Of Faith), Jay Randall and Kat Katz (ex-Salome). It was as if Wu-Tang Clan's members had started a grindcore offshoot and each verse was an exercise in their deranged personalities. That's partly the basis for ANb's long-gestating plan of four albums, each representing a member's particular tastes in extreme music. Think Kiss' four solo LPs from 1978, but with less probability of ending up in a dollar bin.

Led by Katz, "Not A Daughter" is from the 27-minute Arc, a relentlessly sludgy and doomy three-track EP from a band mostly known for delivering digital distress in 20 seconds or less. Since joining the band for 2009's Agorapocalypse, Katz has proven to be the most feral of the three ANb vocalists. Here, her full-throated shrieks push and pull Hull's Crowbar-thick grooves and mean MC5 riffs. It's as if ANb was always meant to be the scummiest rock 'n' roll band alive.