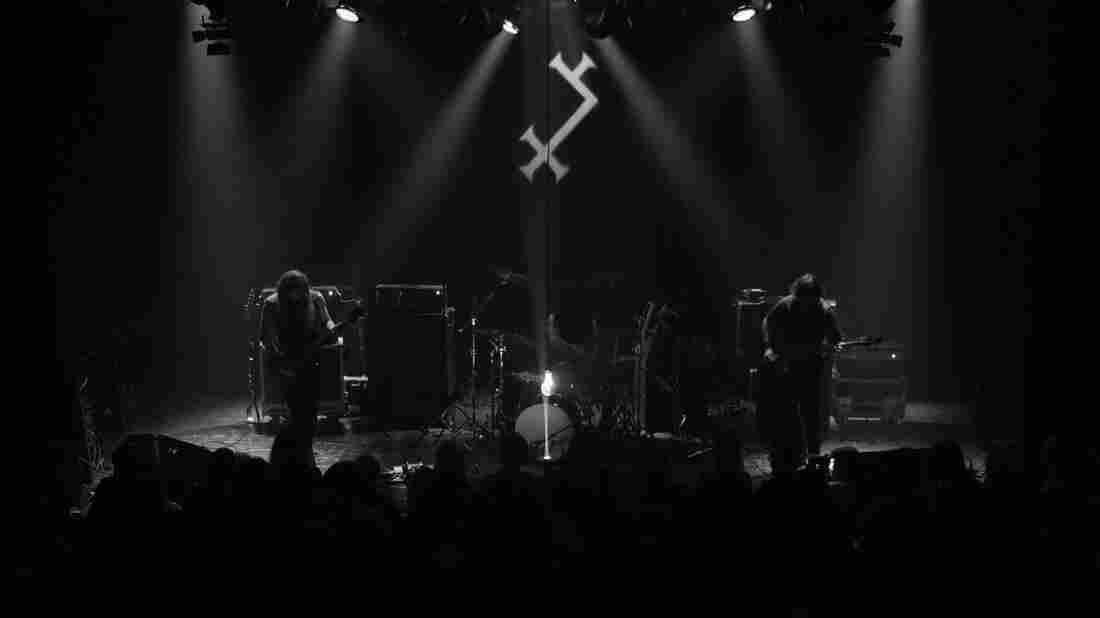 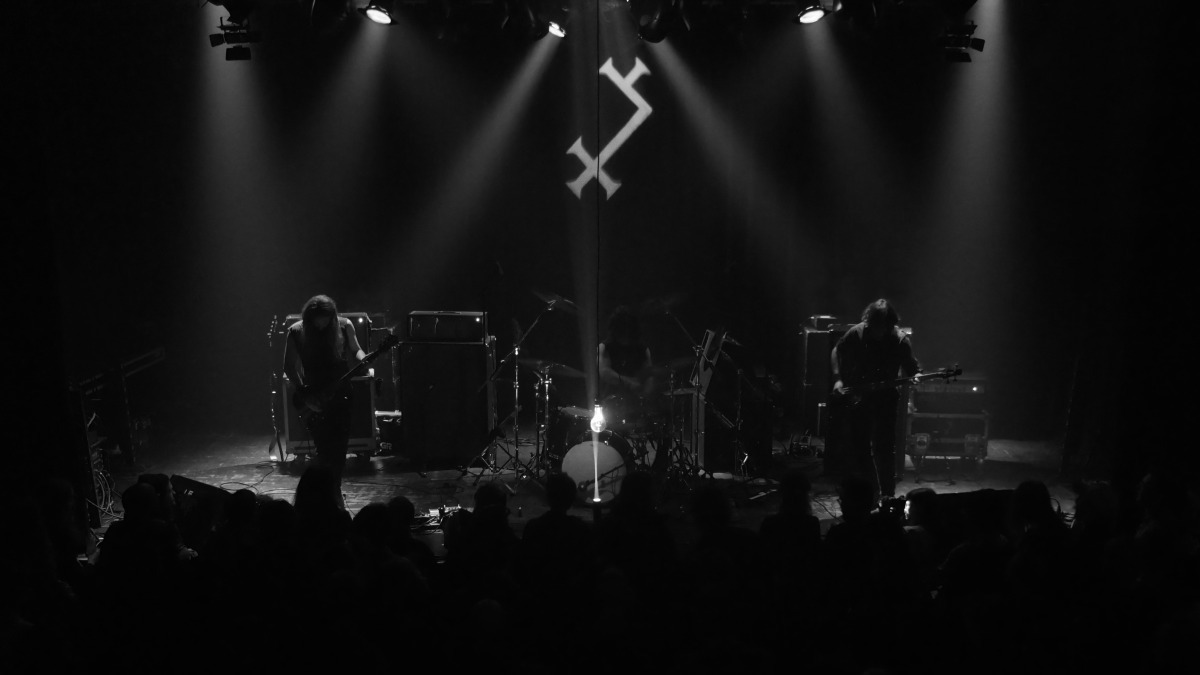 At the entrance of the endless abyss, a whale-serpent imprints the complete discography of Aluk Todolo's instrumental occult rock into your being. It's true! (It's not.) The process is terrifying at first, but as the squeals of cosmic guitar feedback and sinister rhythm section course through your veins and brain, you become one with the depths of vibration.

The whale-serpent will soon have a new addition to its ritual, Voix, Aluk Todolo's fourth album. The French trio continues the path laid by 2012's incredible Occult Rock, jamming on dark psychedelic rock as the band's black-metal roots buzz in the background. Opening the record is "8:18," a gnarly thing that sounds like Miles Davis' Agharta played by a Can/Hawkwind supergroup. More than ever, guitarist Shantidas Riedacker meditates on the textures of feedback as drummer Antoine Hadjioannou and bassist Matthieu Canaguier work up a shadowy trance. All hail the whale-serpent!