Accessibility links
2015: Looking Back On A Year At The Tiny Desk : All Songs Considered This year, NPR Music published 84 sessions from behind Bob Boilen's desk. From a 23-piece band to a lone guitarist to a massive dance party, here are 15 highlights. 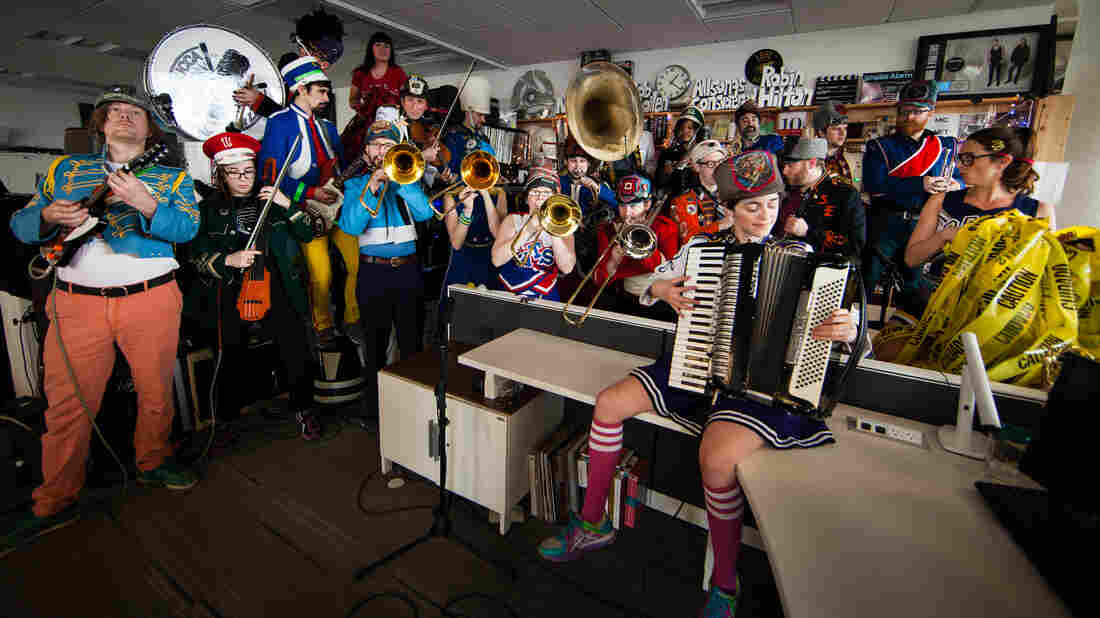 In just a few weeks, NPR Music will publish its 500th concert recorded live at the famed Tiny Desk — in fact, in 2015 alone, we've put out a whopping 84 of them. Winnowing those 84 down to the 15 you see here wasn't easy, but we settled on an impressive array of highlights, from a 23-piece band to a lone guitarist to a massive, virtually indescribable dance party.

For a full run of Tiny Desk videos, from this year all the way back to the series' inception in 2008, click here. And if you've ever dreamed of playing at the Tiny Desk yourself, be sure to enter NPR Music's second-ever Tiny Desk Contest.