Accessibility links
Listen: Your Memories Of A David Bowie Song : All Songs Considered "Rebel, Rebel" guided one teenager through questions of gender identity, and "Let's Dance" helped a mother temporarily forget the pain of an invasive cancer surgery.

Listen: Your Memories Of A David Bowie Song 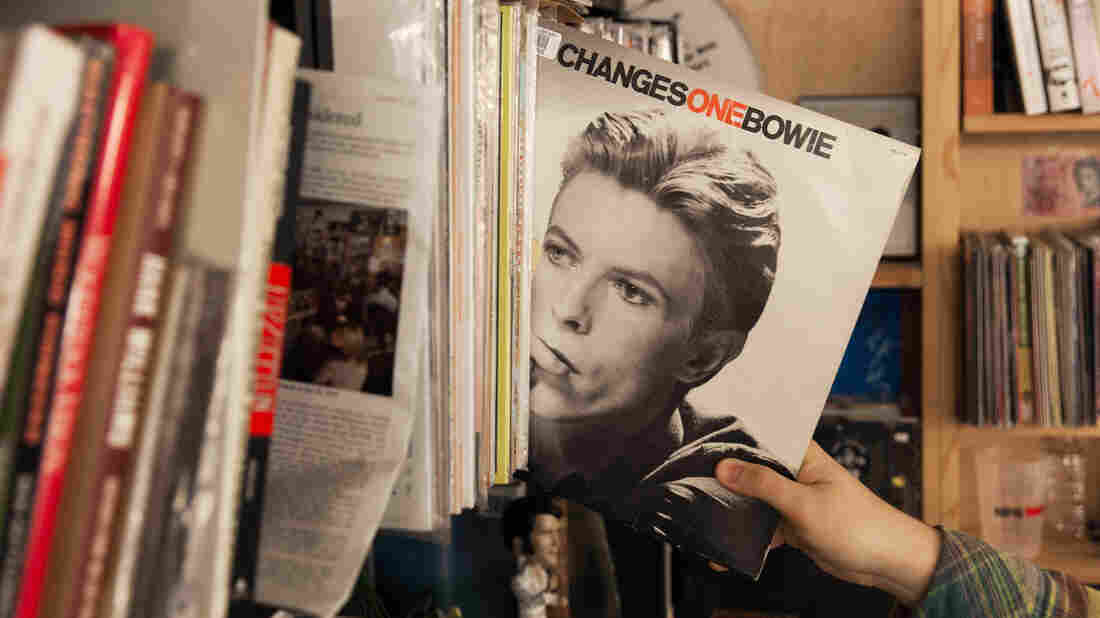 When we asked you for memories of David Bowie songs, many happened to appear on the crucial Changesonebowie compilation, which sits in the NPR library. Niki Walker/NPR hide caption 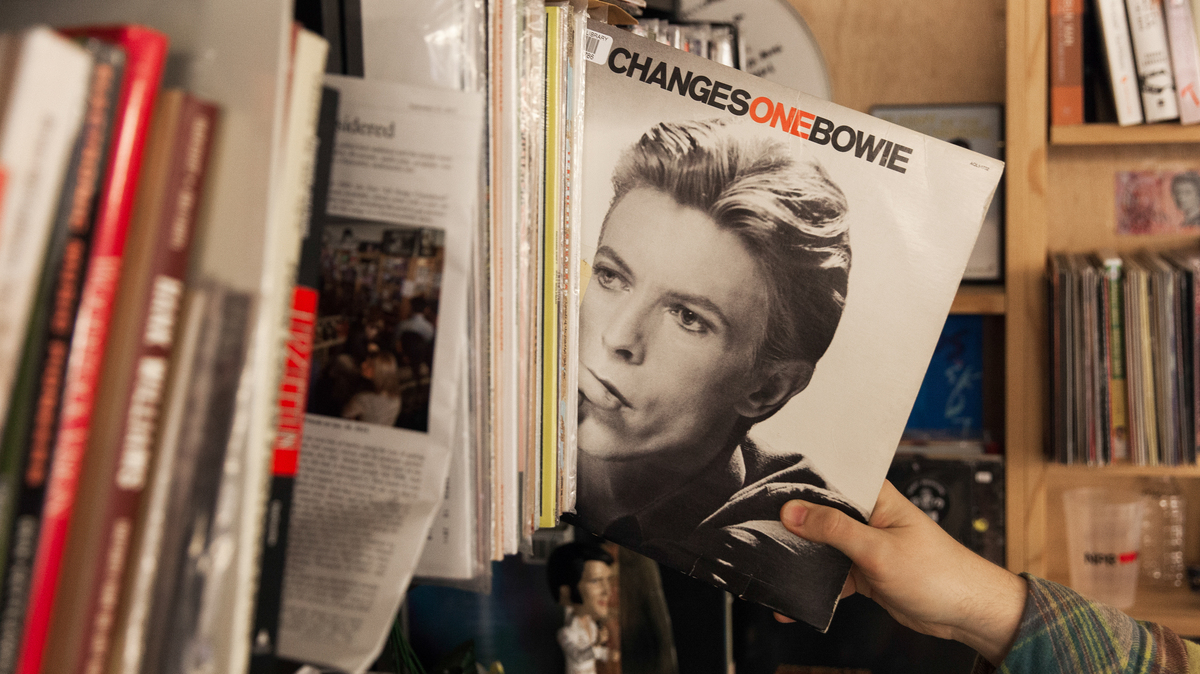 When we asked you for memories of David Bowie songs, many happened to appear on the crucial Changesonebowie compilation, which sits in the NPR library.

Our fondness for a song is often connected to a string of memories — when a lyric or a melody made the world feel larger, more full of possibility for a moment. When the artists who made the music are no longer with us, it can feel like a piece of that moment is lost, too.

In the days after David Bowie's death, friends, family and fans took to social media to pay tribute to the musical icon. To commemorate his life, we asked listeners to record their favorite memories of listening to a Bowie song. Here are their lightly edited responses, received via voice memo.

'He thought I was real.'

Rose, 23, shares what the song "Rebel, Rebel" meant to them as a teenager who transgressed gender norms.

Simon on 'Under Pressure'

'It reminds me of what it's like to be a young man, and to just live without any inhibitions.'

"Under Pressure" will always remind Irishman Simon Gray, 33, of a night spent at a Dublin club. He says the song saved him from a bout of early-20s apathy.

'We lay under the sky and watched the aurora ... and it just seemed to fit perfectly in that moment.'

Sometimes a song brings out the absurd and profound all at once. Ana Womack, 23, of Rochester, N.Y., recalls listening to "Space Oddity" on a trip to see the Northern Lights, and the childish toilet humor and otherworldly beauty that ensued.

'The kids' favorite song was 'Space Oddity,' and they would just scream it at the top of their lungs.'

How do you entertain boys at a rural Vermont outdoor camp? Make them sing "Space Oddity" every morning, says 32-year-old Patrick Murray of Washington, D.C.

'Getting to witness this song overtake my mom was such a beautiful moment.'

Bell, 29, of San Francisco, Calif., remembers watching her mother temporarily forget the pain of an invasive cancer surgery and rock out to "Let's Dance."