Watch Every Performance From The All Songs Considered Sweet 16 Party

Watch Every Performance From The All Songs Considered Sweet 16 Party 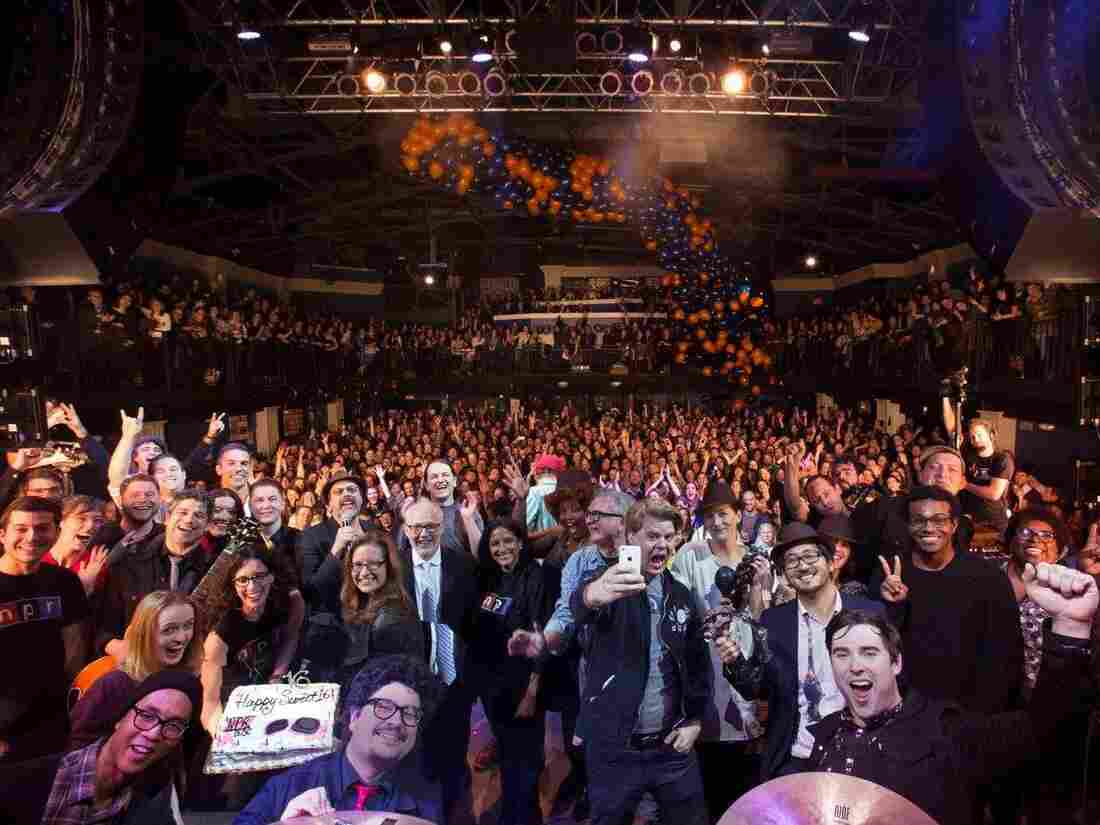 In January, All Songs Considered co-host (and creator) Bob Boilen and I hosted a party at the 9:30 Club in Washington, D.C. to celebrate the show's 16th birthday. Together, with a sold-out crowd, we took a walk down memory lane, sharing behind-the-scenes stories about All Songs, with live sets by some of the musicians who've been important to our history. Here's what everyone saw:

Glen Hansard: Our First Surprise Of The Night

Back in 2000, Bob Boilen was the director for NPR's evening news show All Things Considered, and part of his job was to pick the little snippets of music played between stories. Glen Hansard's band at the time, The Frames, was one of Bob's go-to groups for interstitial music. Bob got so many letters from listeners asking about the music he played that he decided to start an online-only show to play full versions of the songs. That was the birth of All Songs Considered, and the perfect excuse for us to have Glen Hansard open the 9:30 Club party for us.

For most of All Songs Considered's early days, Bob stuck to full versions of those songs he'd already discovered and played on the air, on All Things Considered. But in 2003 we decided to branch out and started playing all kinds of new releases. In the years that followed we've discovered far more great artists than we could ever feature in a single night. By far one of the musicians who's been closest to our heart is Sharon Van Etten, the second performer at our party, and a singer who can always bring me to tears.

Late in 2007, Bob finally left his job as director of All Things Considered and began working full-time on All Songs. A few months later we went to Austin, Texas for our first-ever South by Southwest festival. We've been going ever since, seeing literally hundreds of performances over the course one short week each March. One of the more memorable performances was a set we caught by then little-known violinist, live-looper and all around musical wonder Kishi Bashi.

You can't look back at the history of All Songs Considered without talking about our Tiny Desk Concert series. And you can't talk about the Tiny Desk without mentioning Laura Gibson, the first musician to ever play at the desk. Here's Bob and NPR Music's Stephen Thompson with the full story.

Bob and I had mapped out the entire party and knew where we were going after Laura Gibson's set. But entirely to our surprise, the night was highjacked by All Things Considered host Ari Shapiro, who walked on stage with a special message.

The Suffers Are Gonna Be Big

As we neared the end of the Sweet 16 party, we decided to look to the future by featuring a band that we think will big in the coming years: The Suffers, a soulful R&B group from Houston, Texas fronted by the incredible singer and performer Kam Franklin.

The night ended with a group photo, a balloon drop and complete abandon in the form of a joyful dance party led by the one-and-only Dan Deacon. Bob, whose late-1970s band Tiny Desk Unit was the first to play the 9:30 Club, joined Dan on stage to perform the final song of the night.

Huge thanks to NPR Music live events manager Saidah Blount, our director Peter Glantz, Jessica Goldstein, video director Mito Habe-Evans, our fearless leader, Anya Grundmann and the rest of the NPR Music team who all made this memorable night possible.