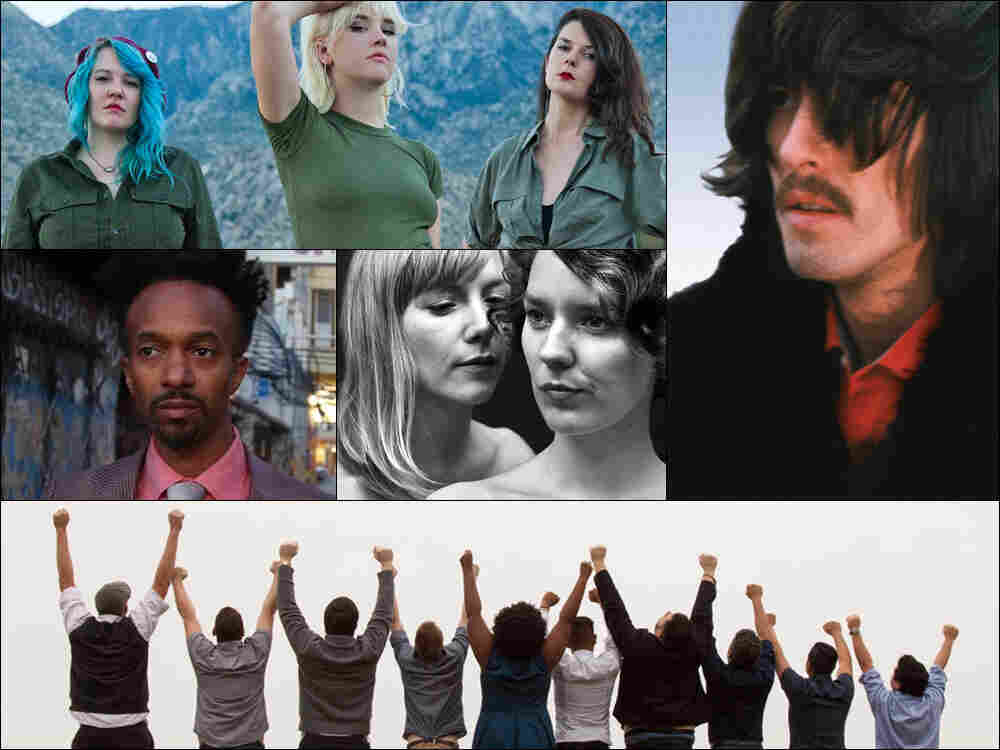 On this week's All Songs Considered, hosts Bob Boilen and Robin Hilton play songs that volley between soft, sentimental pop and more abrasive rock, including The Black Ryder's show-stopping cover of George Harrison's "Isn't It A Pity," My bubba's simple, stunning vocals and the face-frying, fist-pumping, riff-heavy rock of Black Mountain.

Our hosts also turn to a hopeful note and play songs that exemplify resilience. Chris Pureka's first new music in five years is an urgent plea to never give up; the band Bleached tells young people to enjoy their worries and Bob premieres a new song by last year's Tiny Desk Contest winner, Fantastic Negrito, about class issues in the East Bay.

Plus Robin premieres a dreamy new song by Sound of Ceres and Bob plays a cut from the debut album by The Suffers, a band we expect to hear a lot from in 2016. 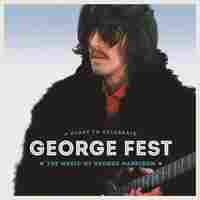 In 2014, George Harrison's son Dhani gathered an all-star cast of musicians to celebrate the life and legacy of the Beatles guitarist. Later this month, recordings from George Fest will be released as an album. One of those recordings, a cover by the Australian duo The Black Ryder of Robin's favorite Harrison cut, "Isn't It A Pity?" is a simple, beautiful reminder to appreciate the ones you love.

George Fest: A Night To Celebrate the Music of George Harrison is out Feb. 26 on BMG Recorded Music/Hot Records 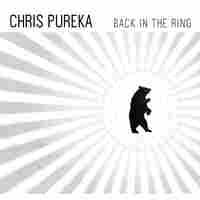 01Back In The Ring

Chris Pureka hasn't release an album in five years, but "Back In The Ring" lets us know why. The song urges fellow songwriters to take their time and only release work only when you're proud of it. We can tell Pureka is proud of these new songs.

Back In The Ring is out April 1 on Sad Rabbit Records. 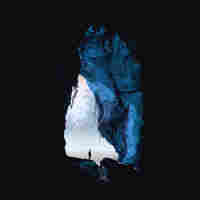 Dreamy, electronic duo Candy Claws has teamed up with members of the psychedelic group Apples in Stereo for a new project called Sound of Ceres. "Dagger Only Run" shows the synth-pop vein mined on the album, Nostalgia For Infinity, but there are just as pleasant dreamy songs elsewhere.

Nostalgia For Infinity is out March 4 on Joyful Noise Recordings.

The ten members of The Suffers wowed the crowd at the Tiny Desk and our Sweet 16 party with a brand of music they call "Gulf Coast Soul." It's a potent mix of soul, reggae, rock and country. We expect them to be big in 2016.

The Suffers is out now on Rhyme & Reason Records. 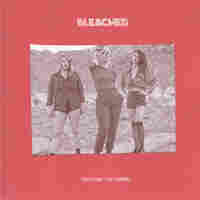 "Wednesday Night Melody" perfectly captures the spirit of young adulthood, a time when you're young and free and your whole life is ahead of you, but you're often broke and consumed by angst. Bleached's furious and fun sound, mixed with a slacker vibe, invites you to enjoy your youthful worries while they last.

Welcome The Worms is out April 1 on Dead Oceans.

Bob Boilen vividly remembers seeing My bubba perform at CMJ 2015, completely acoustic, in the center of a small room. The voices of the Scandinavian duo captivated him then and continue to do so on their simple yet strong new song "Big Bad Good."

Big Bad Good is out April 15 on Tone Tree Music. 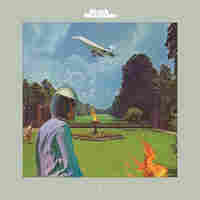 01Mothers Of The Sun

Over eight-and-a-half minutes, Black Mountain delivers Zeppelin references, heavy riffs and more in "Mothers of the Sun," the incendiary opening cut to the band's fourth album, IV. This is old-school, face-frying, fist-pumping, riff heavy rock at its finest.

IV is out April 1 via Jagjaguwar.

While the judges are in the midst of reviewing our Tiny Desk Contest entries for 2016, it's a perfect time to play new music by last year's winner, Fantastic Negrito. The act led by Xavier Dphrepaulezz will put out its first full-length album, The Last Days of Oakland, in June. On it, he tackles issues of race, class and socioeconomics in his native Oakland, with help of Blackball Universe, an art collective of musicians, painters and writers.

The Last Days of Oakland is out June 3 on Blackball Universe.