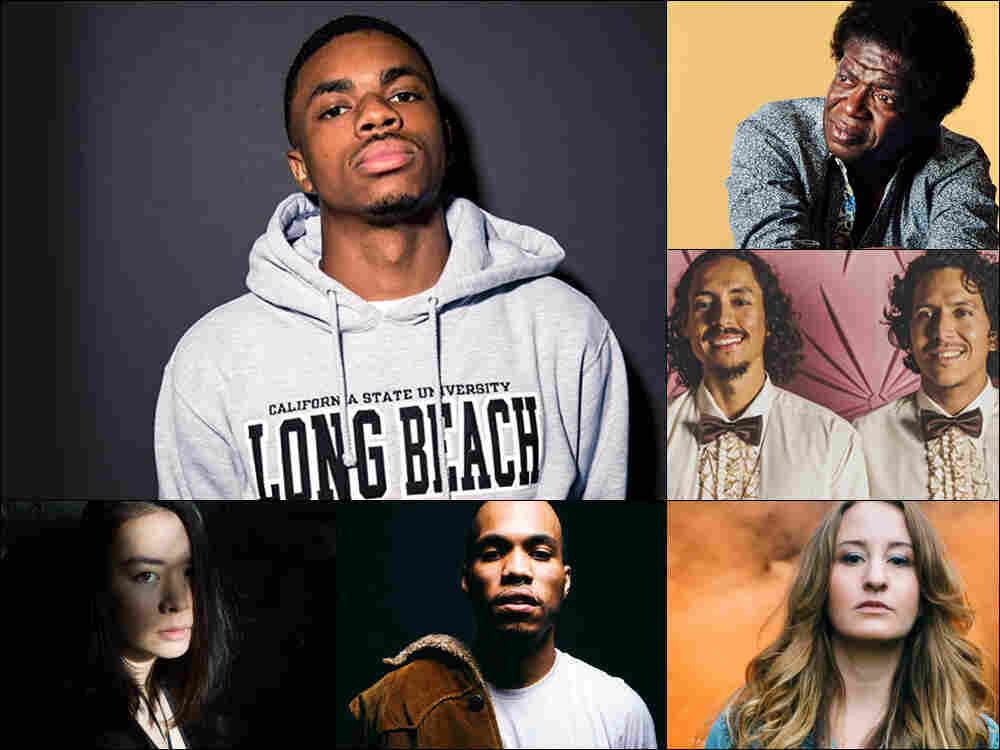 We're so stoked to be heading back to Austin, Texas this month where NPR Music will host the South by Southwest opening night showcase, featuring live performances by some our favorite artists. It's one of the most sonically diverse lineups we've ever had on stage at Stubb's Barbecue, from the crushing rock of Mitski and Alt.Latino favorite Chicano Batman, to the rising country singer Margo Price, funk and soul master Charles Bradley, R&B singer Anderson .Paak and rapper Vince Staples.

If you're in Austin we hope you'll join us for the showcase. It starts at 7:30 p.m. CT on Wednesday, March 16 at Stubb's. But we'll also record every performance and post them here on NPR Music soon after.

Here's a bit more about each artist: 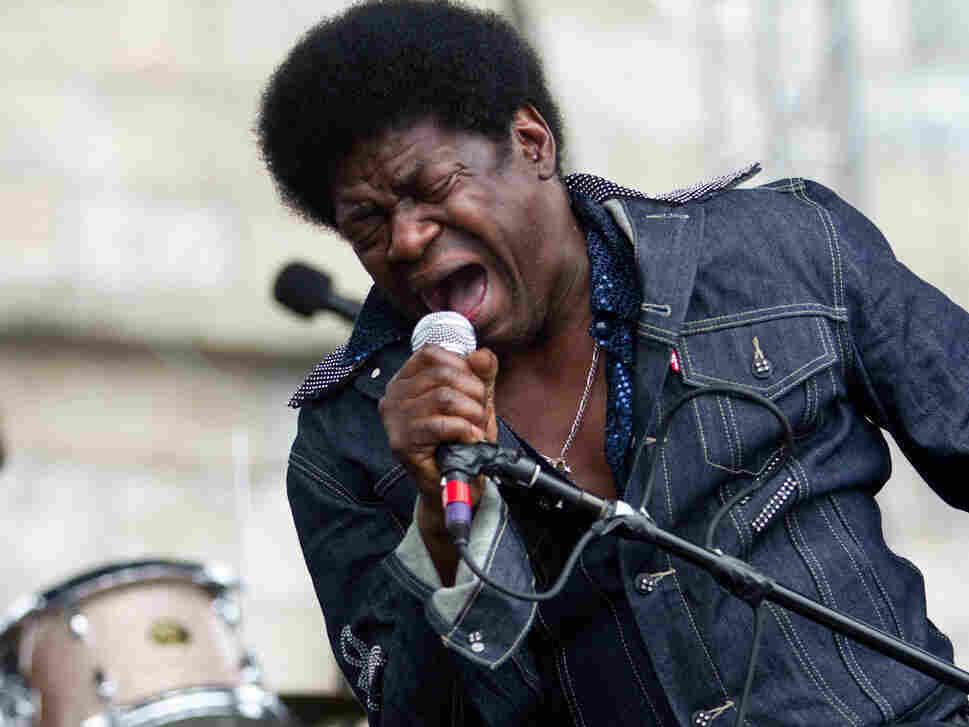 Charles Bradley came up in the 1960s and '70s during the glory days of soul and funk, but, remarkably, never had a record deal or released an album until 2011, when he was in his early 60s. That's when Daptone records discovered him at a James Brown tribute show and signed him up for his debut full-length, No Time For Dreaming. He followed it with 2013's Victim Of Love. His third full-length, Changes, is due out April 1. Here's Charles Bradley performing live at the 2012 Newport Folk Festival.

Mitski will bring the noise to our showcase this year. The singer and guitarist, whose great new song "Your Best American Girl" we featured on this week's All Songs Considered, is an intense performer who shreds the guitar. This summer she'll release her fourth full-length, the potent and memorable Puberty 2. 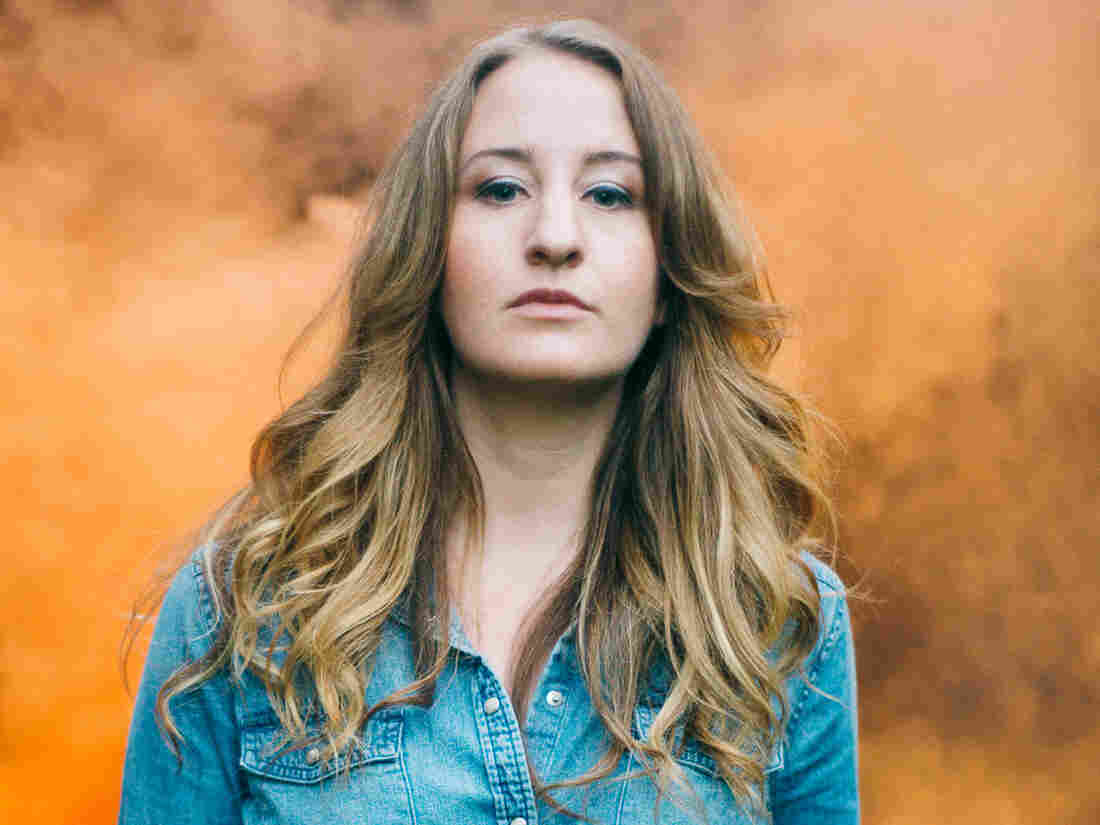 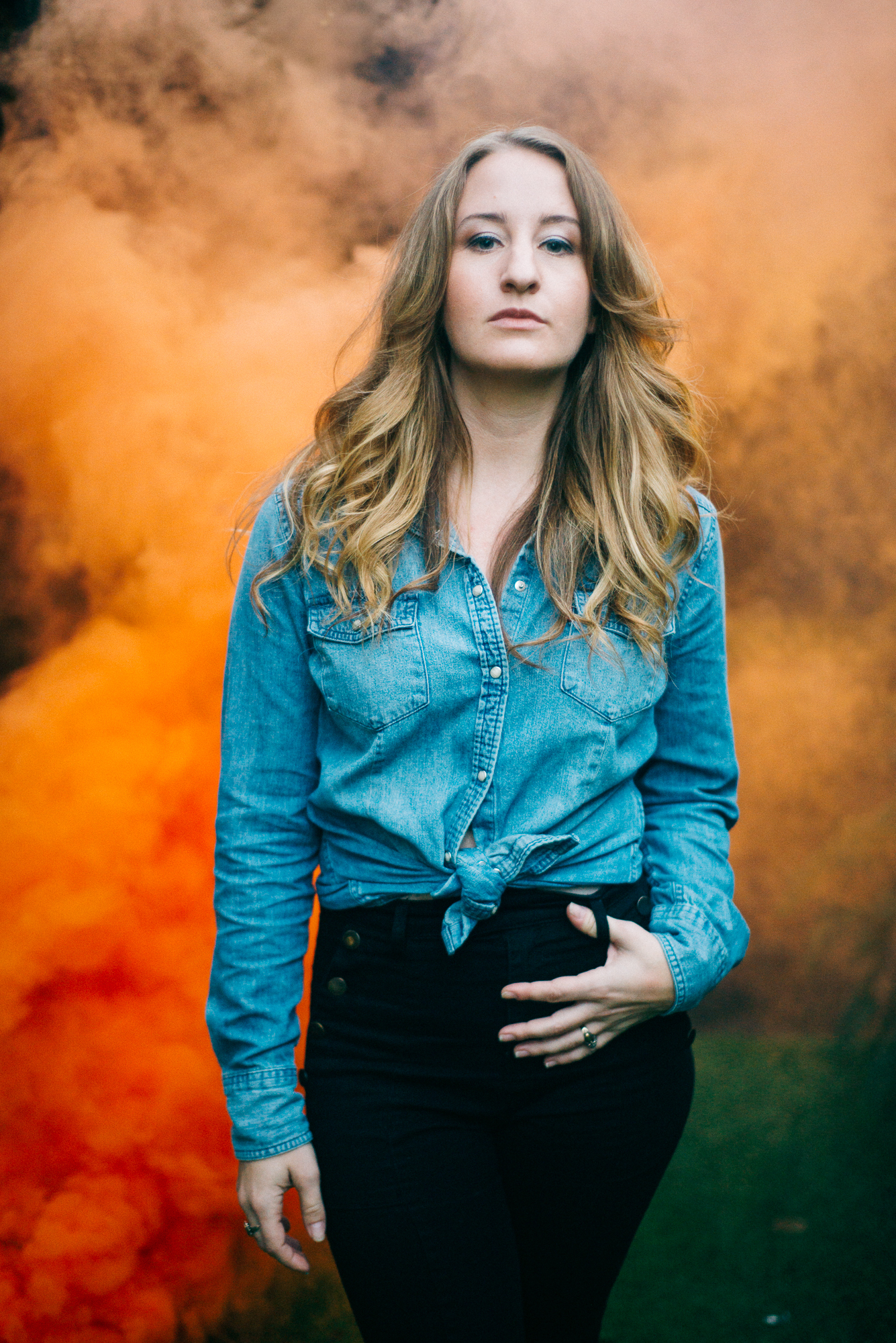 Angelina Castillo/Courtesy of the artist

Margo Price is one of the most exciting new voices in country music this year. Based out of Nashville, she was rejected by the major labels but found a home as the first-ever country artist signed to Jack White's Third Man Records label. Her debut full-length, Midwest Farmer's Daughter is due out March 25. We recently featured her single "About To Find Out" on Songs We Love.

Anderson .Paak (the dot stands for "detail") has been working for more than a decade on a meticulously crafted sound that rolls hip-hop together with electronic music and '70s soul. But his voice didn't reach a major audience until he appeared on a half-dozen tracks from Dr. Dre's 2015 album Compton. As far as some fans are considered, .Paak stole the show. His sophomore full-length, Malibu, was released Jan. 15.

Vince Staples will close out our showcase. We first heard the rapper from Long Beach, Calif. guesting on songs by Earl Sweatshirt. Staples' 2014 song, "Hands Up," from the EP Hell Can Wait, was a searing, chilling indictment against police violence and corruption. He followed it with Summertime '06, last year's full-length debut on Def Jam and one of our favorite records of 2015. 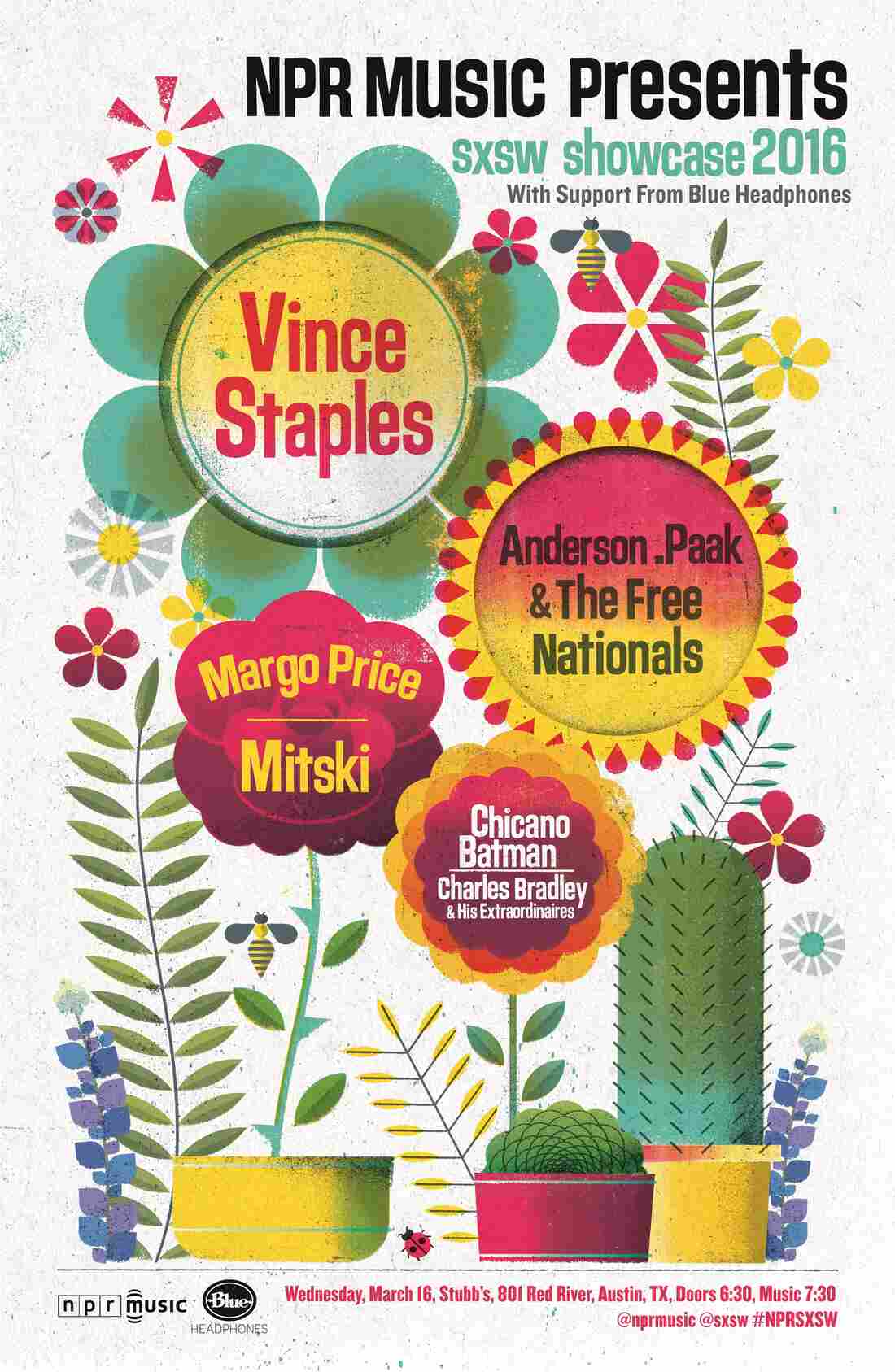