Accessibility links
George Martin Changed The Way I Listen To Music : All Songs Considered The producer's work with The Beatles opened the ears of a young Bob Boilen to the possibilities of a song, and stretched the boundaries of popular music.

George Martin Changed The Way I Listen To Music

George Martin Changed The Way I Listen To Music 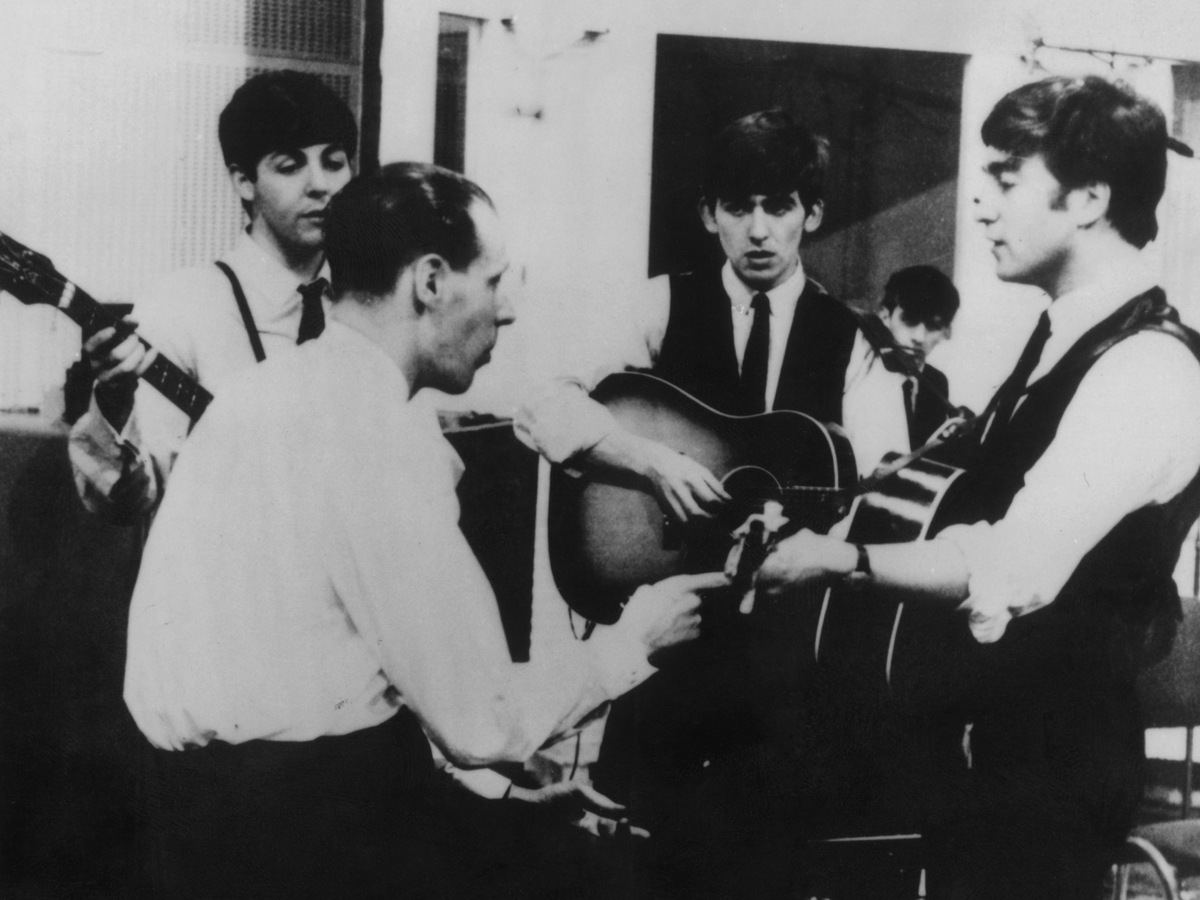 Producer George Martin in a recording session with The Beatles.

I'd already been thinking a lot about George Martin. I've spent the last year writing a book about the songs that changed the lives of musicians, and in the introductory chapter I offer my own selection. "A Day in the Life," by The Beatles, changed the way I think about music. It's a song George Martin, who died on Tuesday at the age of 90, had a clear hand in.

George Martin was 36 when he began working with The Beatles in 1962, a decade and a half older than Paul and John. When you think of rock music of that time, it was basically this: guitar, bass, drums and a few singers. Song structures were simply an intro, a verse, a chorus that might repeat, and often not more than that. Music was for fun, something to sing along to, a bit of comfort when life got you down. The sound of rock and roll, with little exception, was predictable, albeit lovable. When you think of the progression of the music from the end of 1963, when I first heard "I Want To Hold Your Hand" on the radio, to less than four years later, when The Beatles, with Martin, created and released Sgt. Pepper's Lonely Hearts Club Band, it's simply mind boggling.

George Martin's skills as an arranger are on all of The Beatles albums: the strings on "Yesterday," a trumpet on "Penny Lane" and the crazy brass and strings on "I Am The Walrus" are just a few of the ways he stretched the bounds of popular music. What you have to remember is that nothing had sounded like this EVER, and he played a large role in that progression. He was someone for the band to bounce ideas off, to turn the good ideas into reality. As I write in Your Song Changed My Life, the orchestral chaos that blew my mind on "A Day in the Life" is based on an idea that George Martin claimed John Lennon gave him, a request he recalled in the book All The Songs: The Story Behind Every Beatles Release: "What I'd like to hear is a tremendous buildup, from nothing up to something absolutely like the end of the world." Martin achieved that vision by hiring an orchestra, recording it multiple times, and then layering the recordings to create the massive, overwhelming racket that lifts the song out of the ordinary and then brings it to a halt.

With The Beatles growth from a small, charming combo to this massive musical explosion, pop music became more than a song to sing along with. It became something to lose yourself in, something to commune with. I've come to expect and want that from music. Clearly, so did George Martin. These days, as I sift through thousands of songs for All Songs Considered, what I hope to find is basically the seed that he planted in my young head: that music at its best should be a sonic adventure. His contributions, along with such a talented band in such an experimental time, changed the way so many people make music, all these days later. Thank you for this gift, George Martin. Thank you.