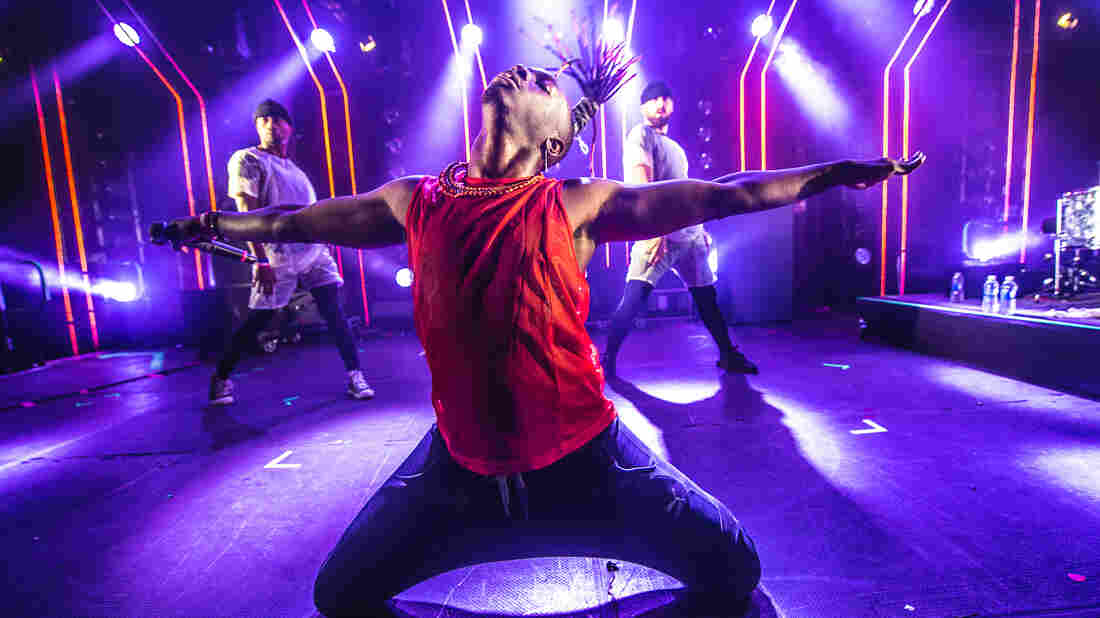 Le1f falls to his knees during a set at Hype Hotel on Friday at SXSW. Adam Kissick for NPR hide caption 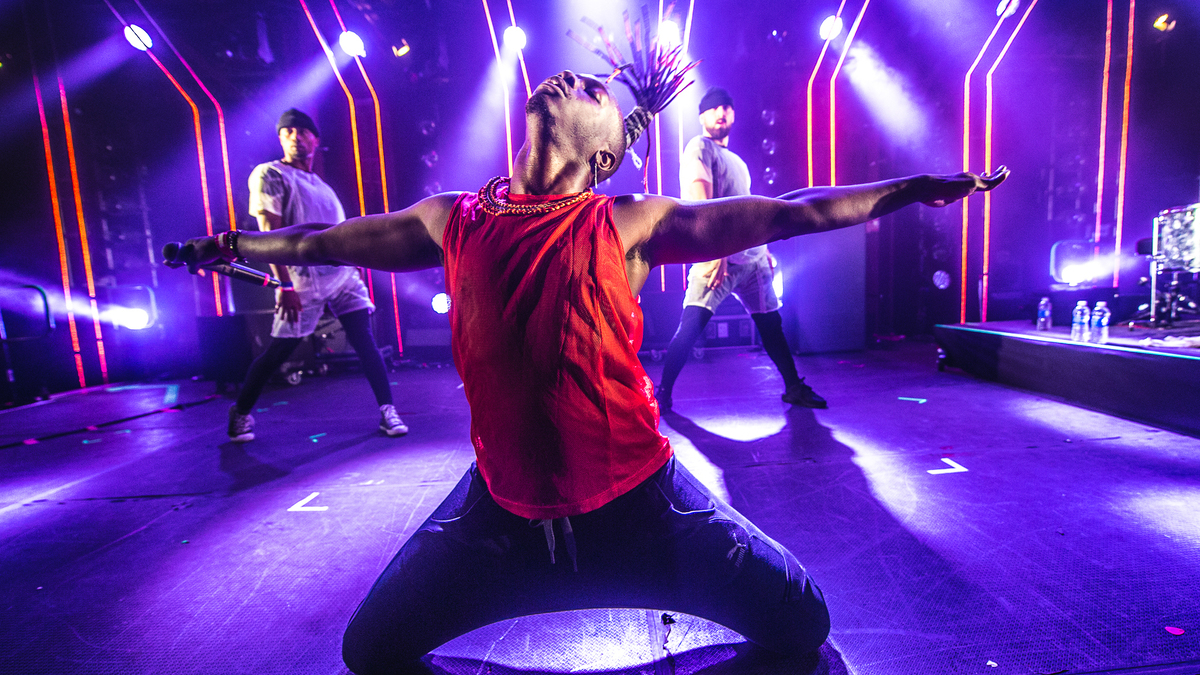 Le1f falls to his knees during a set at Hype Hotel on Friday at SXSW.

On the third night of SXSW music, Bob Boilen, Robin Hilton and Stephen Thompson slipped out into the streets of Austin to recap a day of concerts. It was a day of stand-out falsettos — Gallant and our South X Lullaby artist Mt. Wolf, especially — and a day of secret shows and lucky happenings. John Congleton — producer for acts like David Byrne and St. Vincent — put on an intense, twisted show that captivated Bob and Robin. Next door, Sylvan Esso played an unannounced set where they played unreleased material. Stephen saw Al Scorch, a banjo-playing singer who, as he put it, "looked like every person I have ever missed drinking with."

Hear the late-night dispatch above, and read on for our staff favorites and a South X Lullaby recorded in Bob's hotel room.

Gallant at the Hype Hotel

A few years from now, when the singer who goes by the name Gallant is holding an armload of Grammys and has his own personal driver, I'll brag about how I saw him in Austin, back before he started selling out arenas. The Maryland native has one of the most incredible, most powerful falsettos I've ever heard, and his performance, a goosebump-giving take on R&B, was the most passionate I've seen in Austin this week. An unforgettable force on stage. File under "must see" to believe. —Robin Hilton

It's hard enough to list all of Friday's highlights, let alone rank them in any meaningful way. Odetta Hartman was everything I hoped she'd be, mixing rustic instrumentation and a gorgeous voice with beats, effects, samples and a mountain of ideas. The soulful Louisiana rock band Seratones and Israeli singer Ninet Tayeb both sounded like full-on rock stars. But my sentimental favorite had to be Al Scorch, a rumpled Chicagoan whose old-time banjo jams were cut with humor and everyman charm. —Stephen Thompson

I finally got to attend the event I had been most looking forward to all week: A tribute showcase at Scratchouse for the late Pimp C, half of the legendary Texas hip-hop duo UGK. Ironically, one of the most captivating artists was a young rapper from Detroit, Helios Hussain. He was onstage for less than 10 minutes, as a guest (and artist) of Chuck Inglish, but his penetrating, gruff voice and determination made him stand out above almost everyone else that performed — with the exception of Houston icon and crowd favorite E.S.G., who absolutely annihilated his set full of regional classics. —Kiana Fitzgerald

"Don't unplug my body!" Daymé Arocena sang, chanted, growled, exhorted and whispered at the Speakeasy, as the growing crowd around her shouted in delight. She was utterly electric, a 23-year-old wunderkind blending jazz, neo-soul and the rhythms of her native Cuba. As part of the first-ever "Sounds Of Cuba" SXSW showcase, Arocena arrived with a dazzling young band and the confidence of a future Grammy winner. Her scatting ability recalled both her idol Ella Fitzgerald and hip hop beat-boxers; her singing encompassed both Yoruba religious practices and the fierceness of Erykah Badu. She simply dazzled, and the audience couldn't get enough of her. It's hard to imagine a better voice to help open her country's gates. —Ann Powers

SXSW presented five Cuban bands direct from Havana on Friday night and the result was nothing short of amazing. To cut costs, four different bands used more or less the same rhythm section of bass, drums and keyboards. Afro-Cuban vocalist Daymé Arocena invoked the spirits of the orishas with her deeply spiritual set. Folk troubadour Kelvis presented a heartfelt series of songs about the glories of the simple life, backed by a band that mixed Cuban timba and jazz. But it was drummer Yissy and her group Bandaancha that illustrated the incredible level of musicianship that exists on the island. Picture this: technically jaw-dropping music wrapped in a hip-shaking sensuality that had the entire Speakeasy crowd dancing to jazz fusion. With all the coming changes between the U.S. and Cuba, this kind of thing may happen more often. And you really shouldn't miss it. —Felix Contreras

I've been following McKenna's music since the fall and was super intrigued by the fact that he's only 17 years old. Thankfully, his live performance lived up to my hopes — and his between-song bantering reminded me of being an awkward teen. (Plus, I found it amusing that a SXSW performer had "do not serve" X's on his hands.) —Erin Conlon