Accessibility links
All Songs +1: Sturgill Simpson Shares His 'Guide To Earth' : All Songs Considered The singer, whose major label debut, A Sailor's Guide To Earth, is out today, talks about his new sound, making an album for his newborn son and how covering Nirvana helped him find his inner teen.

Hear The Interview, Plus Songs That Inspired 'A Sailor's Guide To Earth' 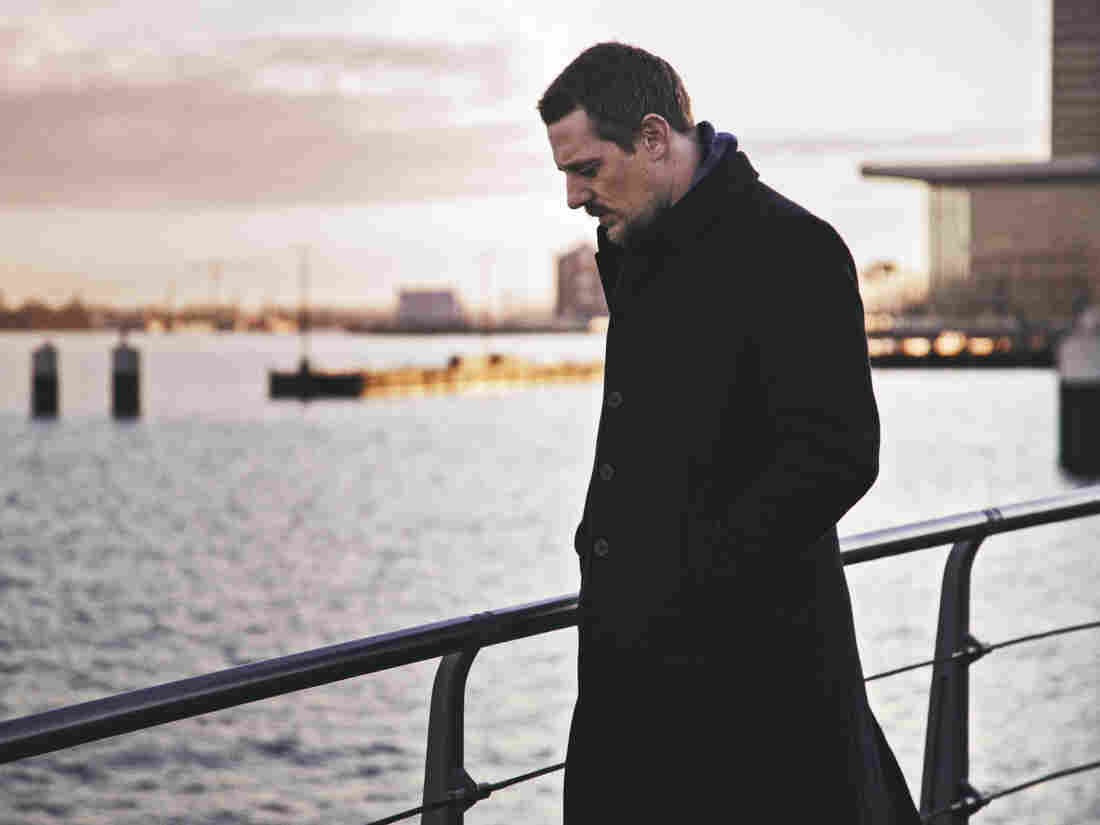 Sturgill Simpson's latest album is A Sailor's Guide To Earth, out April 15 on Atlantic. Reto Sterchi/Courtesy of the artist hide caption

Sturgill Simpson's 2014 album, Metamodern Sounds In Country Music, took a lot of people by surprise. While the song forms were firmly rooted in Nashville traditions, the stories he told and observations he made were more like something from a metaphysical self-help guide, with existential meditations on death and dying, religion and the never-ending search for a higher purpose.

For his follow-up, A Sailor's Guide To Earth, Simpson finds even more ways to surprise. In fact, the Kentucky-born singer completely dismantles the well-established conventions of country music and reassembles them with psychedelic synths and guitars, Motown horns and cinematic strings, often all in a single track.

A Sailor's Guide To Earth is also a concept album. Simpson wrote and recorded it for his son, who was born in 2014, just a month after Metamodern Sounds was released. As Simpson tells us in this interview, he wanted A Sailor's Guide To Earth to be "a pure and beautiful thing," detailing the ups and downs of his own life so his son could one day know him better.

You can hear the full interview with the link above or read edited highlights below. A Sailor's Guide To Earth is out April 15 on Atlantic.

On the album's surprising sounds:

"I feel like I'm finally hearing 'me,' in a way, 'cause, you know, a lot of elements of music that, for whatever reason, just didn't get incorporated or implemented into the first two albums. So with this one I had total — I don't want to say control, nobody likes that word — but it's what it was. I just didn't want to collaborate with anyone. I didn't wanna compromise. The record was so personal, I just didn't see how anybody else could have been like, 'Well what if we did this here?' Because, in a lot of ways, I formulated the sound of it in my head, on the road, long before we ever went into a studio. I had the lyrics and the idea before I had the songs. Like, the songs were actually sequenced before many of them were written, in terms of the narrative of the album.

On his inspiration for A Sailor's Guide To Earth:

"My paternal grandfather, when he was in the army in World War II — he was over in the South Pacific and he thought he was gonna die. And he wrote a letter to my grandmother and their newborn son, thinking he wasn't gonna come home. And years later, after he was dead, and then once she'd passed, I was at her house and I just decided, 'I'm gonna read this letter.' And I probably learned more about him in those few pages than I ever could have sitting in a room with him. I remember going down the road on the [tour] bus one day and thinking, 'What if I could just write a letter to my kid, telling him exactly who his dad was?' Like, everything I'm going through right now, at this point in my life. It was just like, 'Ok, I'm gonna go make this really pure and beautiful thing for my son and incorporate all this music that I loved, outside of and other than country or bluegrass,' which is all I've really had a chance to represent up until now."

On the album's ultimate message:

"Love. Just thinking about a lot of points in my life when you're young and you're angry or confused or just misplaced or lost and you have this tendency to not be aware of how much [love] really is around you, and even shut it out. So, it's kind of a reminder."

On covering Nirvana's "In Bloom":

"Personally speaking, [Nirvana's] records had a huge impact on my life. I was about 12 or 13, seventh or eighth grade I think, and [my] parents had just divorced, so I felt like these records sort of emotionally captured a lot of things I wasn't able to grasp or articulate or comprehend within my own head and heart at the time. Looking back, it came to a point in the narrative of [A Sailor's Guide To Earth] when I was working on it where I was trying to figure out how to embody those years in a young boy's life where you're sort of just aimlessly going through it all. The post-pubescent angst and you're running around, literally shooting your gun. Obviously this was 20 years ago for me, I'm not in that head space anymore. So I was trying to figure out how to occupy that again and my wife actually had the idea, 'Well what were you listening to when you were 13 years old?' Nirvana, like everybody else."