Accessibility links
Paul McCartney On Songwriting: 'You Never Get It Down' : All Songs Considered Paul McCartney talks about his solo career-spanning compilation Pure McCartney, his creative process, how he stays inspired and why he sometimes thinks he should take songwriting more seriously.

Hear a conversation with Paul McCartney

All Songs +1: A Conversation With Paul McCartney

Hear a conversation with Paul McCartney 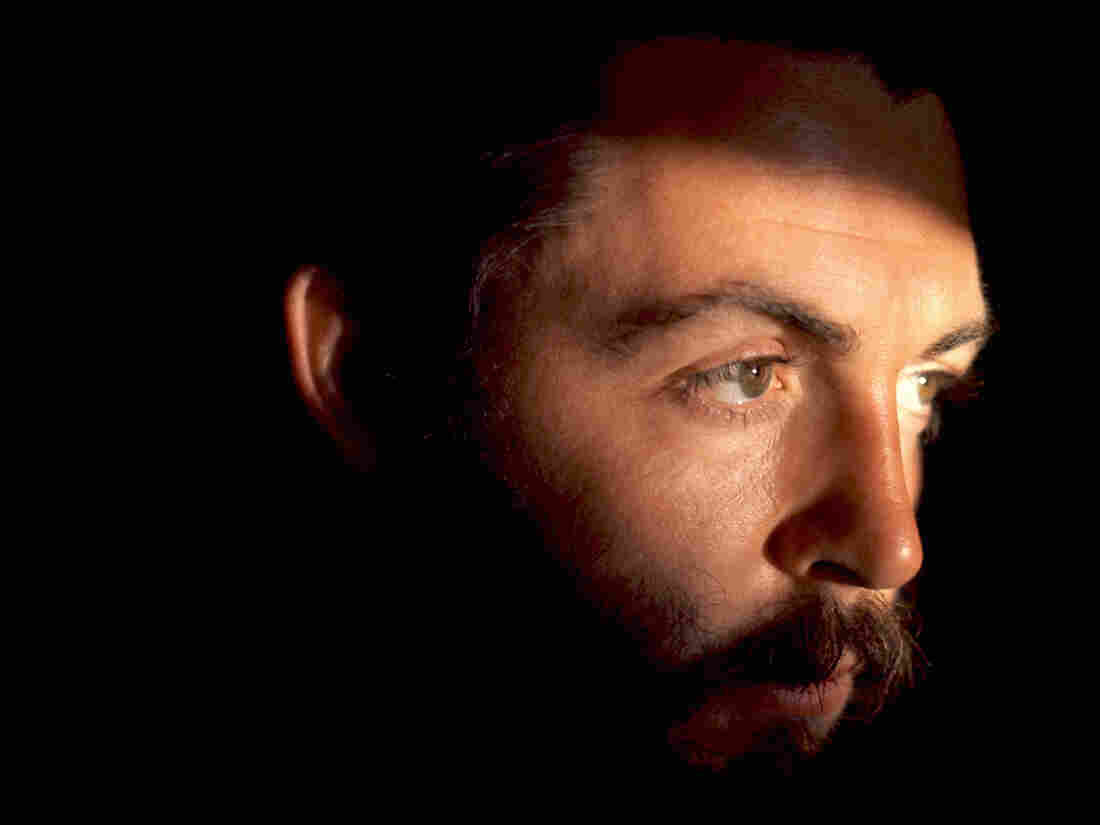 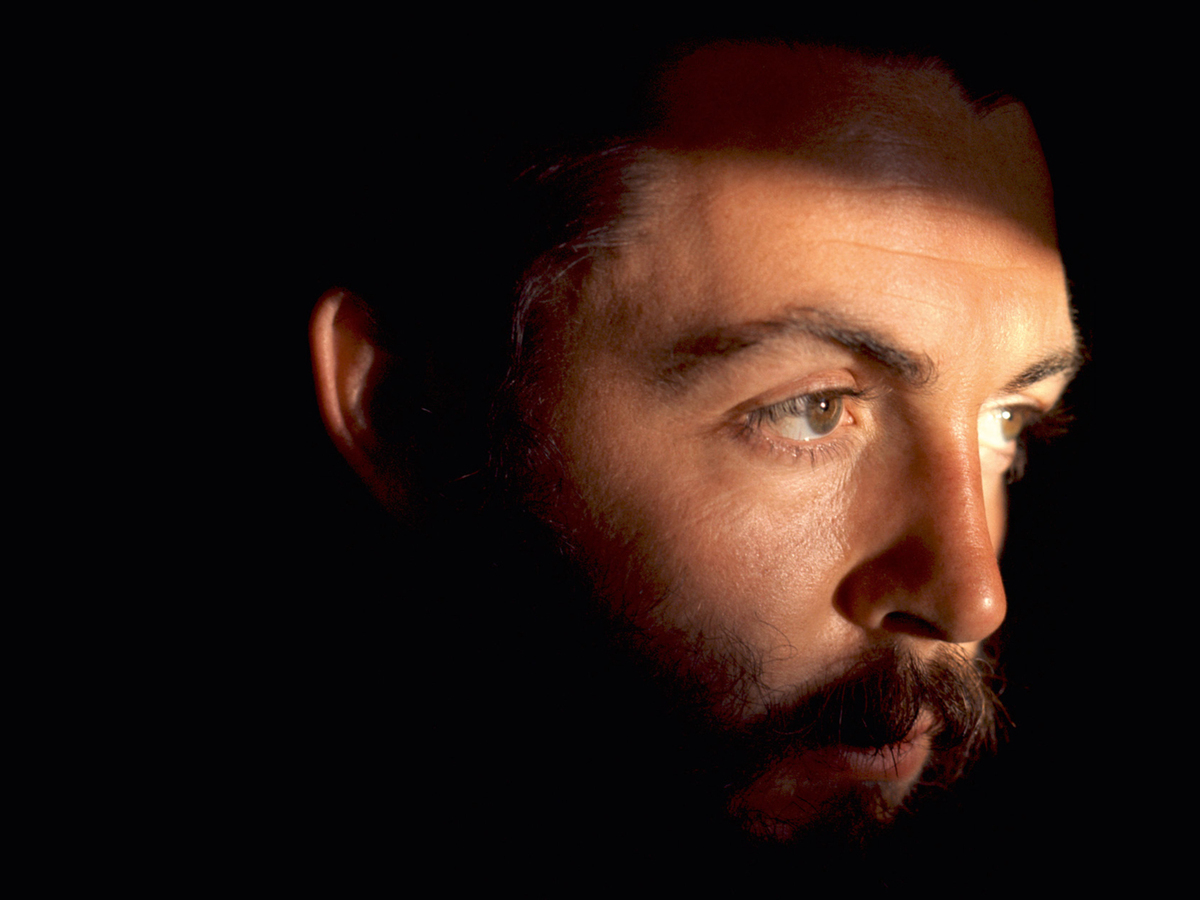 You'd figure Paul McCartney, the most well-known songwriter on planet Earth, would, by now, have confidence in his ability to write a song. But as he tells us in this week's All Songs +1 podcast, "You never get it down. I don't know how to do this. You'd think I do, but it's not one of these things you ever really know how to do."

The occasion for this informal, candid conversation with Paul McCartney is a new box set, Pure McCartney, that compiles 67 songs from his nearly five decades as a solo artist. We asked what it was like to sift through something like 30 albums of material to distill a career down into a few dozen songs. But over the course of this 40-minute discussion, he opened up about much more, from his memories of working with John Lennon to his creative process, how he stays inspired and why, as he tells us, he sometimes thinks he should take songwriting more seriously.

One thing became so clear: After all these years, he is still in love with making music, and there's a spark of wonder and enthusiasm in the way he approaches songwriting.

Paul McCartney spoke to us from the Hog Hill Mill studio in East Sussex. You can listen to the full interview at the link above or read edited highlights below.

On his songwriting process:

"If I was to sit down and write a song, now, I'd use my usual method: I'd either sit down with a guitar or at the piano and just look for melodies, chord shapes, musical phrases, some words, a thought just to get started with. And then I just sit with it to work it out, like I'm writing an essay or doing a crossword puzzle. That's the system I've always used, that John [Lennon] and I started with. I've really never found a better system and that system is just playing the guitar and looking for something that suggests a melody and perhaps some words if you're lucky. Then I just fiddle around with that and try and follow the trail, try and follow where it appears to be leading me. And sometimes it leads me down a blind alley so I have to retrace my steps and start again down another road.

"But I'm of the school of the instinctive. I once worked with Allen Ginsberg and Allen always used to say, 'First thought, best thought.' And then he would edit everything. But I think the theory is good. 'First thought, best thought.' It doesn't always work, but as a general idea I will try and do that and sometimes I come out with a puzzling set of words that I have no idea what I mean, and yet I've got to kind of make sense of it and follow the trail."

On the personal relationship behind his work with John Lennon:

"Well I work with other people all the time, [but] I mean obviously the biggie is I miss working with John because that was something very special and you know it's very difficult to replicate that. In fact it's almost impossible because we met each other as teenagers and went through a lot of life together: hitchhiking to Paris and holidays and working together and being in Hamburg together with The Beatles. So we were very intimate, we knew each other intimately as only teenage friends can."

On 'Live And Let Die' and writing for a series like James Bond:

"I kind of liked it — number one because growing up as a songwriter one of the things a lot of songwriters aspire to doing is writing a 'Bond' song, at that time particularly. So really the only restriction I was given was it was for a Bond film so I had to see what my interpretation of that would be and the title, you know there was no way around that. So it was kind of obvious what I would do with it. It was obvious that I was going to do a play on 'live and let live' and 'live and let die.' I knew I could start it in my style but fairly soon there had to be an explosion and it had to get 'Bond'-y. So that's what I did. I read the book — I think it was on a Saturday — I read the Ian Fleming book to see what I was getting into and then sat down on Sunday and wrote the song. And then I had a section that I knew I needed help on so I got George Martin, our Beatles producer, to help me on that, and again I just threw him a couple of plunks and plinks of ideas which he orchestrated. You know, he was such an expert that he could make it sound like a Bond soundtrack.

"So it wasn't restricting in that nobody said to me, 'Well you gotta do this and you gotta do that.' I just knew if I was starting kind of ballad-style, which I was, then I had to up the tempo and you know make it more Bond-like. But I like that: You know, I think some people would think, 'No no no, you've got to just write purely from the soul,' but I quite like songwriting sometimes as a craft where you're given an idea and you've got to make it work."

The idea behind 'Band On The Run':

"'Band On The Run' starts off in one place and goes to another place. It's a sort of story song, an episodic thing. But I wanted that because I wanted to write that kind of a song and also with the idea of a 'band on the run.' I thought, 'Okay, well the characters have got to be in prison at first and then for them to be a band on the run they got to break out. So these little story points were kind of obvious, they sort of suggested to themselves: Prison, break out, on the run, nighttime in the desert. And so that was a nice one to write but I did start off thinking I'm going to write that kind of a song [with lots of changes]."

On never feeling confident as a songwriter:

"There is no sort of point you just think, 'Okay, now I can do it, I'll just sit down and do it.' It's a little more fluid than that. You talk to people who make records or albums and you always go into the studio thinking, 'Oh, well I know this! I've got a lot of stuff down, you know, I write.' And then you realize that you're doing it all over again you're starting from square one again. You've never got it down. It's this fluid thing, music. I kind of like that. I wouldn't like to be blasé or think, 'Oh you know I know how to do this.' In fact I teach a class at a the Liverpool Institute High School for Boys — I do a little songwriting class with the students — and nearly always the first thing I go in and say [is], 'I don't know how to do this. You would think I do, but it's not one of these things you ever know how to do. You know I can say to you: Select the key. We will now select a rhythm. Now make a melody. Now think of some great words,' That's not really the answer."

On the need to keep working:

"I do like it. I do enjoy it. I mean, when I get a day off and I've suddenly got loads of time on my hands, I might do the kind of thing where I'm at home — I live on a farm — so I might get out for a horse ride or something. But when I've done those things that I want to do and there is still a couple of hours in the afternoon, I'll often just gravitate to a piano or a guitar and I feel myself just kind of writing a song. It's like a hobby, and it's a hobby that turned into a living. But I like to think of it that way and I sometimes kind of pull myself up and say, 'Are you taking this seriously enough? Maybe you should try a little bit more.'"