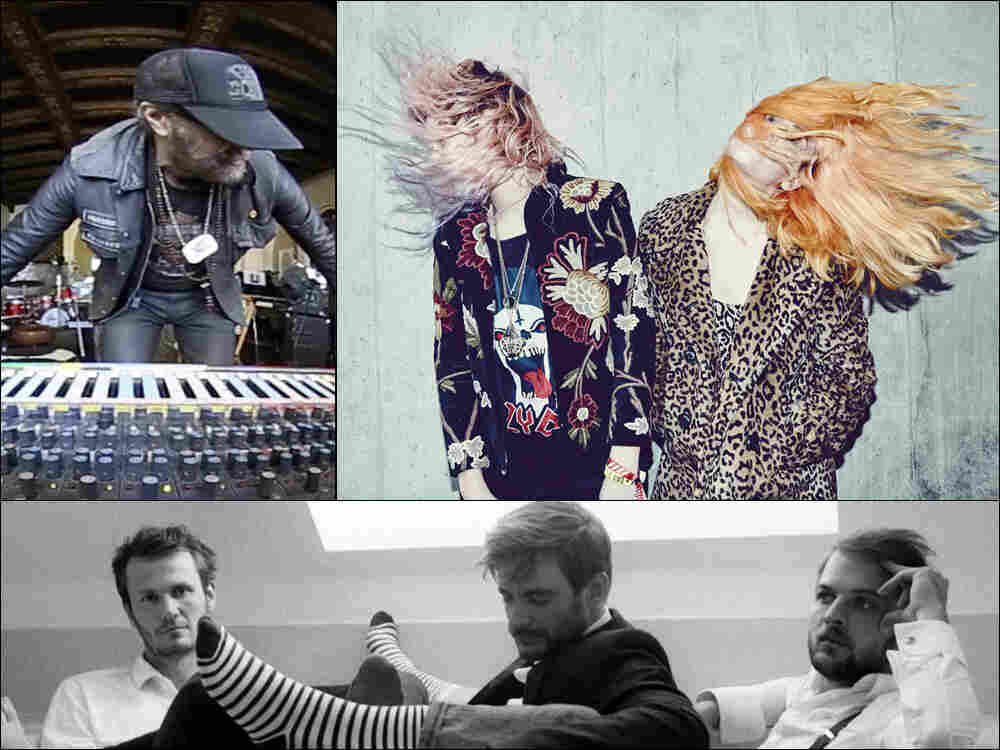 On this week's All Songs Considered, we share new music from legendary producer and ambient pioneer, Daniel Lanois, and from the friends-for-life trio Nonkeen, whose new album comes in the aftermath of a "freak carousel accident." Also on the show is a shout-along emo track from Montclair, N.J.'s Pinegrove and a psych-pop track about never wanting to go outside from Morgan Delt, who recently signed with Sub Pop.

But first, we take a moment of silence for the Weeknd, who lost his microphone, and explain to our intern that not everything on the Internet is real.

After swearing off making music in the aftermath of a "freak carousel accident," Nonkeen is back with a new record, Oddments Of The Gamble. "Glow" is a heavy ambient track with intricate percussion.

Daniel Lanois is best known as the producer behind seminal albums by U2, Peter Gabriel, Emmylou Harris and more. His latest album, Goodbye To Language, is out Sept. 9. All the sounds on this cut, "Heavy Sun," were made with lap and pedal steel guitars. Lanois says he wanted to make music that would be his healing agent with the hope of bringing the listener "to another dimension."

Picked by our summer intern Sophie Kemp, this track by Half Waif combines urgent synths with Celtic melodies and lines like "come down, turn me around, I don't even know what I'm here for."

Half Waif's Probable Depths is out now.

When Bob saw Pinegrove live last week, he couldn't get over how everyone was shouting along to every song, even the complicated twisted phrases. "Old Friends" is rock anthem for emo kids, accompanied by sweet, twangy guitar. The song chronicles seeing lovers at the Port Authority and telling friends, "when I love them."

"Old Friends" comes from Pinegrove's new album, Cardinal, which is out now on Run For Cover Records.

With a message that Robin can get behind, "I Don't Want To See What's Happening Outside" sounds like the kind of music you'd listen to on a perfect sunny day. But Morgan Delt not only doesn't want to go outside, he can't even bear to look out his window.