Accessibility links
Mizmor's 'Bask' Will Swallow You Whole : All Songs Considered Mizmor's looming, blackened doom metal is sublime and mesmerizing in this sermon about survival.

Mizmor's 'Bask' Will Swallow You Whole

Mizmor's 'Bask' Will Swallow You Whole 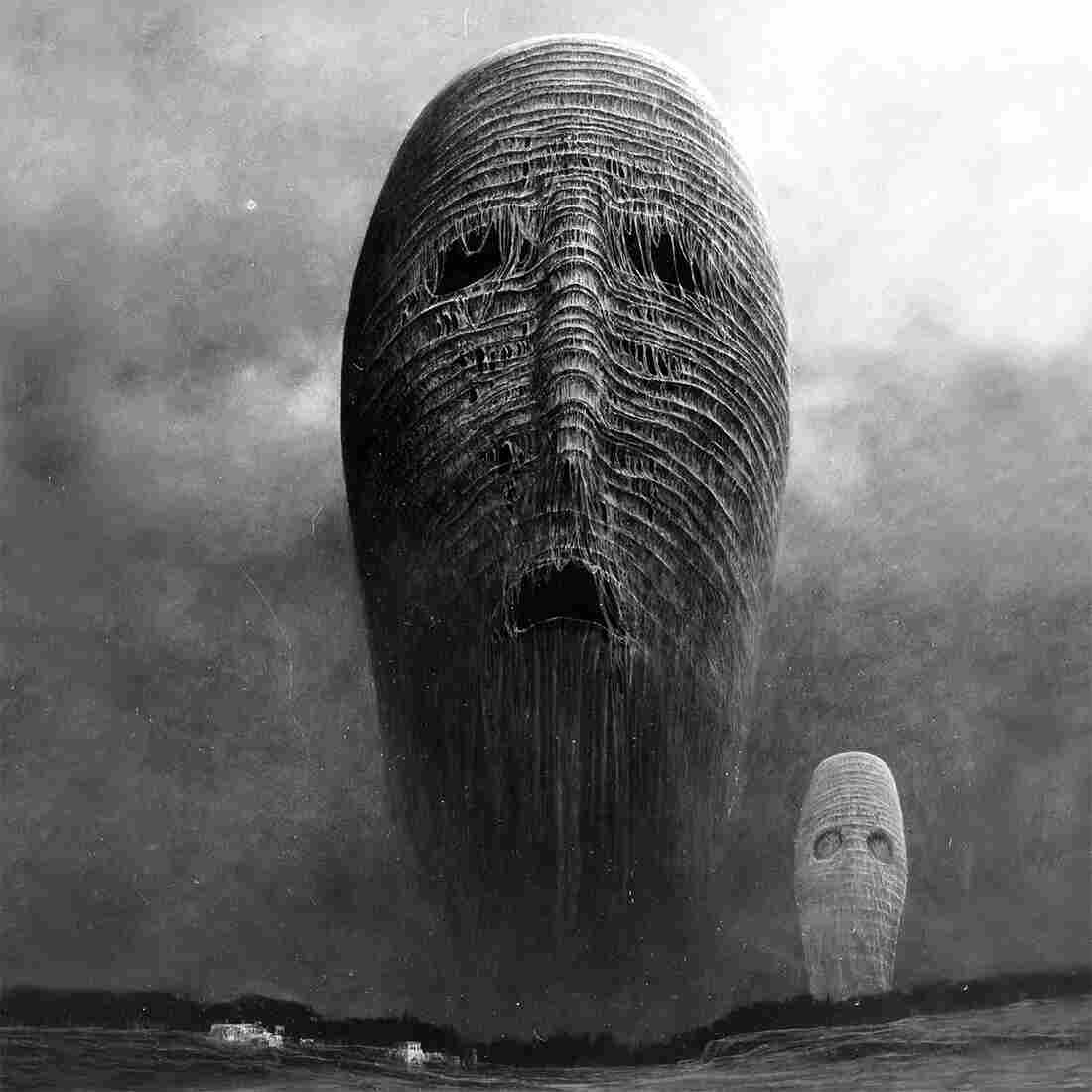 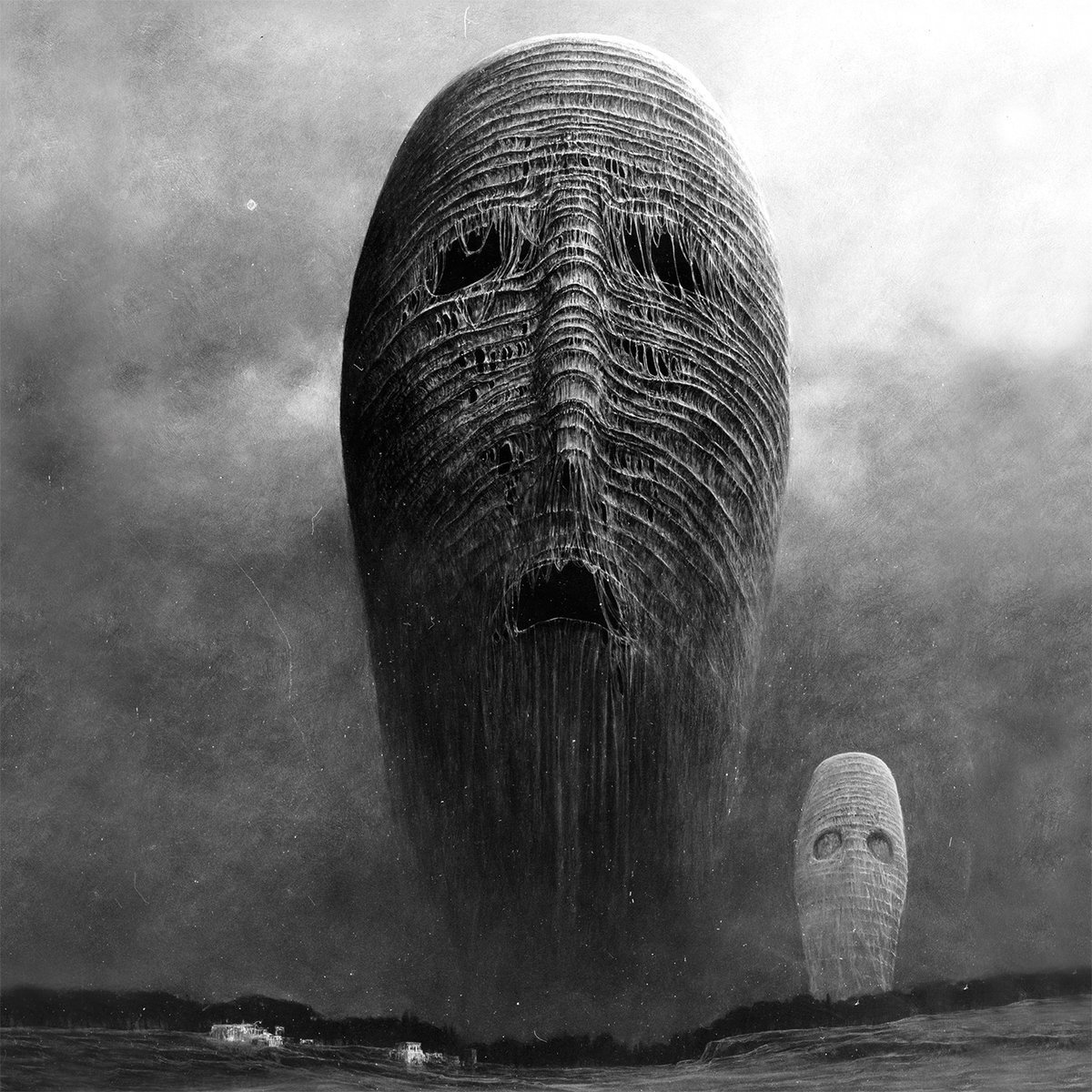 Zdzisław Beksiński/Courtesy of the artist

Zdzisław Beksiński, a Polish artist who was brutally murdered in 2005, surreally captured the darkness of humanity with hellish landscapes and nightmarish figures. His work adorns the cover of Mizmor's second album, Yodh: Two grim creatures float over a fading grey horizon, one with mouth agape, as if to swallow the earth whole. It's a fitting image for the existential dread in Mizmor's looming, blackened doom metal, which is both sublime and mesmerizing.

Like much of Yodh, "v. Bask In The Lingering" takes its time, at first carving space out of a low, windswept drone that beds a slow, mournful guitar melody for a few minutes. But like a Mournful Congregation dirge blasted by Panopticon's blistering twin-leads, a swarming feedback-drone bursts into a breakneck black-metal-punk rage, giving A.L.N., Mizmor's sole member, a pulpit from which to spew a sermon on survival in the midst of pain:

It is with grief that I report
My still and ever present void.
I do not know why I'm alive,
The urgency of my tortured soul
Does not necessitate an answer.
But reason and humility
Encourage me to linger.
So on I go, forever striving
To make sense of my environment,
And even enjoy it.