Accessibility links
Hear Johnnyswim's 'Summertime Romance' : All Songs Considered After teasing the song in the spring, the duo is now sharing the full studio version of the song from their upcoming album Georgica Pond. 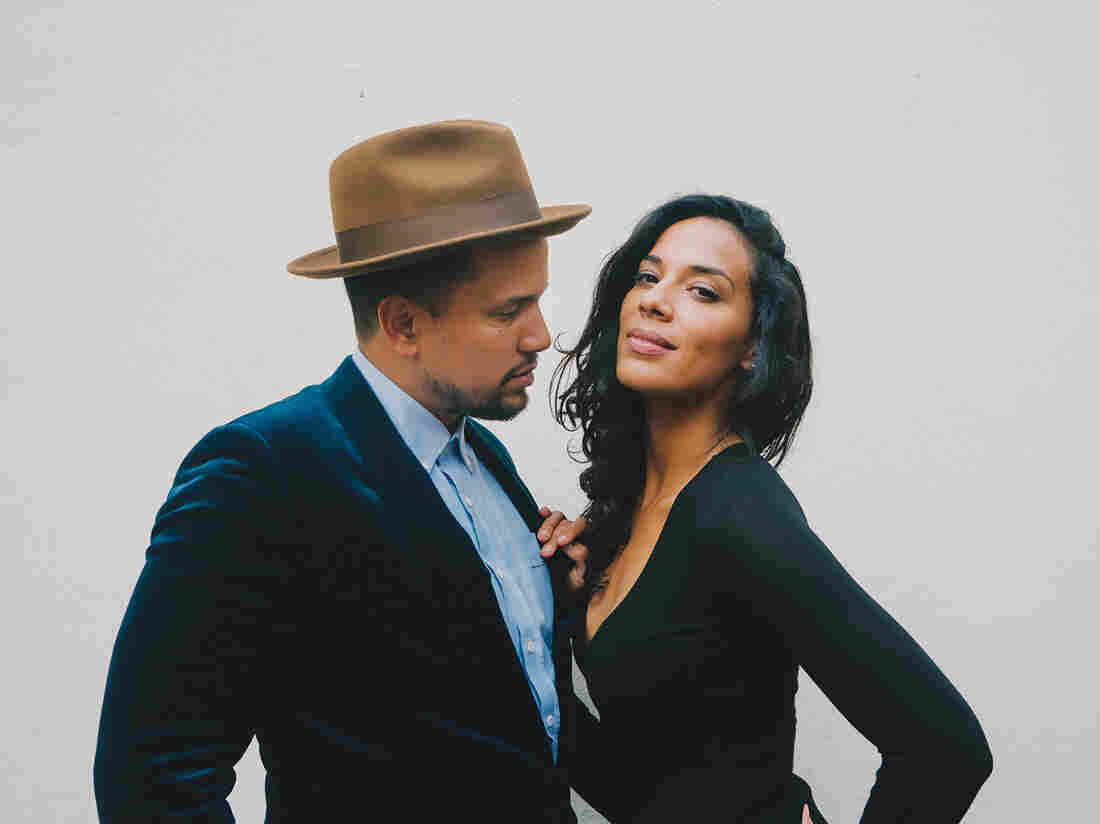 The husband-wife folk-pop duo known as Johnnyswim first teased a version of "Summertime Romance" in April in a YouTube feature they call "New Music Mondays," a recurring series of intimate home performances. Now the band is sharing the official studio version of the song, a beautiful, pulsing reflection on youth and courtship that perfectly captures the doe-eyed innocence and heady rush of new-found love.

Johnnyswim is Abner Ramirez and Amanda Sudano Ramirez. "'Summertime Romance' started with a feeling and a bass riff," Sudano Ramirez tells NPR Music in an email. "We were at home with [longtime collaborator] Britten Newbill writing more serious songs and needed a break. We moved outdoors with a guitar and some wine, and soon it came to us. Abner and I met at the end of spring in 2005 and spent that summer flirting. Somehow those two kids made a home, a life, and a really cute kid of their own. It's a story I'm sure we share with so many others, and in a world with so much turmoil, we hope this song brings a bit of joy and maybe even a bit of nostalgia."

"Summertime Romance" is from Johnnyswim's upcoming full-length, Georgica Pond, due out Sept. 30 on Big Picnic Records. The band today also announced a series of tour dates for the fall.