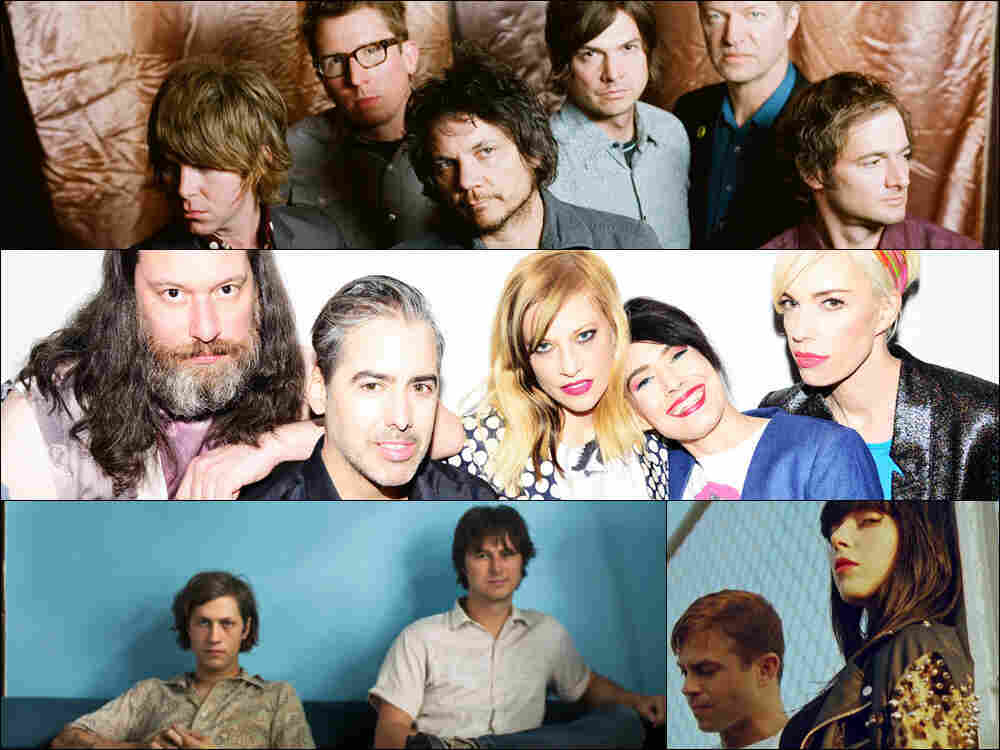 On this week's episode of All Songs Considered, we play new music from old favorites Wilco, JEFF The Brotherhood and Sleigh Bells. We also share songs from artists we've only just found out about: Bob introduces us to the young, Singapore-based Linying and our intern Sophie brings us Globelamp.

Robin points out that the very sad "Play That One Again," from Greg Laswell's album Everyone Thinks I Dodged A Bullet, has its roots in real-life heartache: Laswell wrote the song in the wake of a divorce and while watching a parent suffer. In a track from Sleigh Bells, we hear the band grow out of their noise pop sound and into something a little more muted.

But first, it's Robin's last day before vacation so he says goodbye for now and eats one too many packs of Smarties.

At first, JEFF The Brotherhood comes across as a simple rock duo, but if you look past the surface, Bob says, "they're just funny as hell." "Punishment" is a perfect examplet: it pairs fun guitar work and looping with dry humor in the lyrics. The group has a new record coming out in August called Zone, which it calls part of a "spiritual trilogy" with their 2009 and 2011 records. 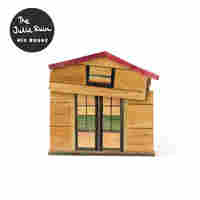 The band is fronted by Bikini Kill's Kathleen Hanna, so naturally, this latest Julie Ruin album is punk in spirit. "Time Is Up" has super-catchy pop melodies that just make you want to dance. Bonus: Listen to our +1 interview with Hanna about the reissue of Bikini Kill's legacy and its earliest demos.

Inspired by the classic Velvet Underground song "Caroline Says," this track by the Austin-based band Tele Novella is going to make you so happy. "Heavy Balloon" comes from the band's upcoming debut record House Of Souls.

Robin loves the dark, tense vibe in this new Wilco track from its upcoming album Schmilco. Robin also says that Jeff Tweedy is in a remarkable creative period right now, between last year's Star Wars and the 2014 album Sukirae he made with his son Spencer as Tweedy.

09Play That One Again

There is so much heartache and longing in this song, not just in the words but also in the melody. At one moment, Laswell sings, "The world's not listening / but I was / I hope you find your bright blue skies." Despite the bass line like a heartbeat and Laswell's beautiful voice, it's a song that comes from a place of absolute tragedy.

Linying is an artist from Singapore. Her brand new track "Alpine" is sparse, just Linying's vocals, bass, synth and — in the song's hooks — programmed drums. Bob thinks she has a sound like Bon Iver.

The noise pop duo Sleighs Bells is back. The band says it wanted this new track to "feel like a memory, with details coming in and out of focus." Robin says that the group is growing out of their jagged, noisy sound without totally leaving it behind.