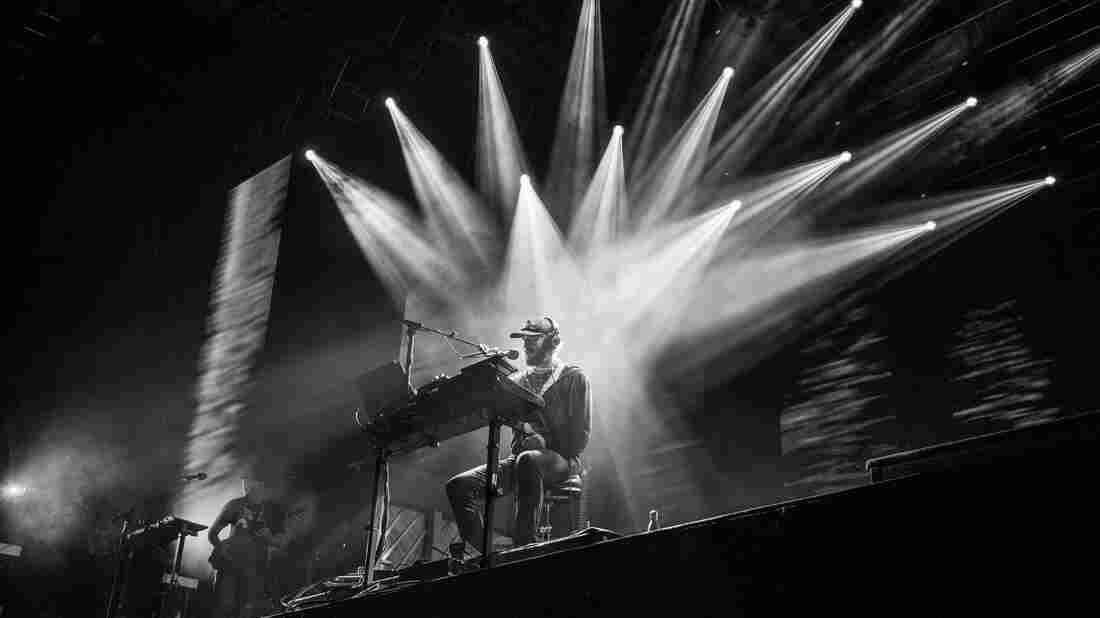 Justin Vernon of Bon Iver during a performance of the band's new album, 22, A Million, at Vernon's Eaux Claires music festival in Wisconsin. David Szymanski/Courtesy of the artist hide caption 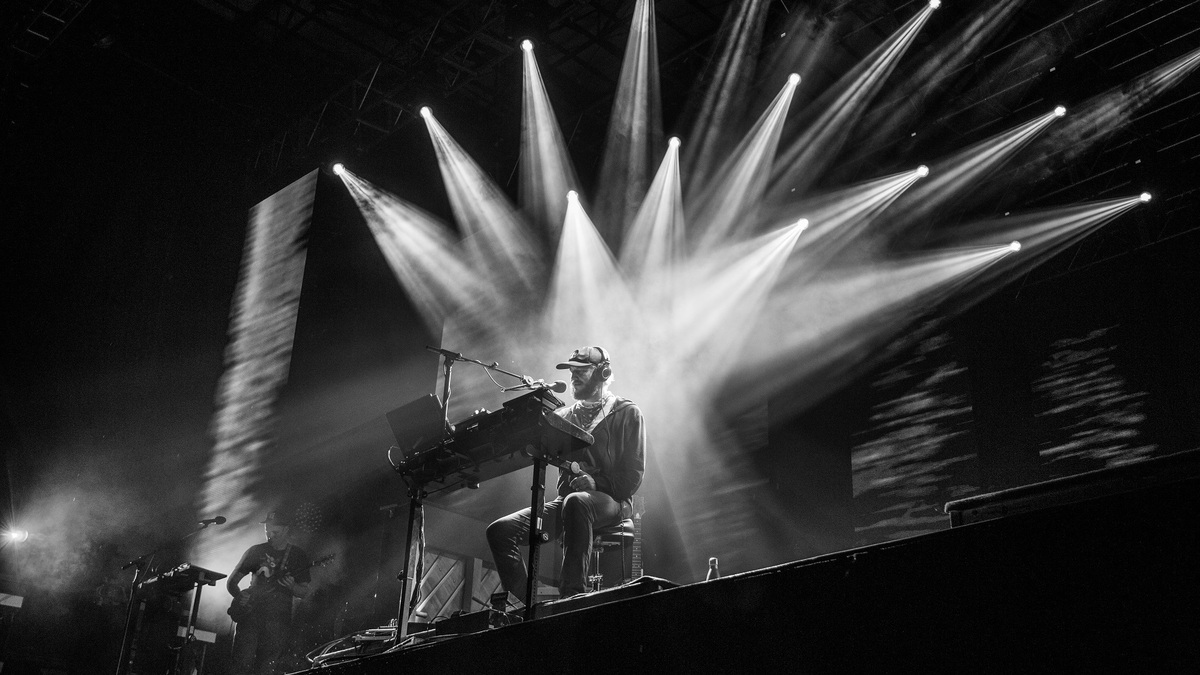 Justin Vernon of Bon Iver during a performance of the band's new album, 22, A Million, at Vernon's Eaux Claires music festival in Wisconsin.

David Szymanski/Courtesy of the artist

It's been five years since a new Bon Iver record, but at the band's performance last night at Justin Vernon's very own Eaux Claires Music Festival it announced and performed a new record called 22, A Million. The music is cryptic, angular, adventurous and brilliant. There's hardly any hint of that acoustic guitar which was such a part of the sound on Bon Iver's debut album, For Emma, Forever Ago, now almost ten years old. The sounds on 22, A Million are mostly built and torn apart and stitched back together using electronics and tech. There's barely a steady drum beat and gone are the verse/chorus, the expectation of repetition that fuels so much popular music. This is not casual music. It's a good "sit down and listen to record" that was describe in a press release last night as "part love letter, part final resting place of two decades of searching for self-understanding like a religion. And the inner-resolution of maybe never finding that understanding." The titles for the last album were all based on location, this time it's all about numbers.

Andrea Swensson, of Minnesota Public Radio's The Current, was at Vernon's festival, and wrote that the performance in Eau Claire, Wis., was "rooted in the water and fields and dug-down roots of his own upbringing: at a festival that refuses to conform to any preconceived notions about trends, style, or profitability, and is so completely in step with Vernon's own desires."

There is not an easily definable sound on 22, A Million. By the second track, the two drummers are dueling with one another ... and suddenly the entire stage is filled with saxophones. There are eight saxophones, and then nine, but they aren't overpowering; to the contrary, they appear to be locked into a wickedly precise harmony that resembles the tightly woven vocal work of the Staves and the reedy quality of Vernon's own voice.

On the third song Vernon is alone, piling up his vocal tracks like building blocks, channeling Imogen Heap. Then he's breaking into a frenetic pop track, and then stripping everything away for a spare alt-country song ("29 #Strafford APTS"). "There ain't no meaning anymore," he sings, and I try to stop looking for one. The pacing of the show is uneven, but also mesmerizing, somehow; the audience isn't quite sure how to respond, rapt and ravenous for an artist who has coyly kept them at bay.

You can read Andrea Swensson's full post here and listen to two songs from 22, A Million here.