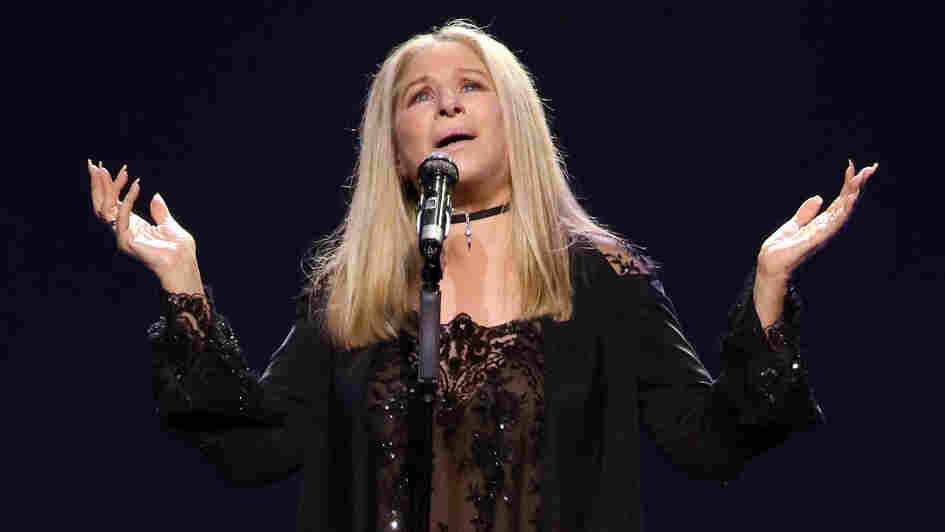 When you stop to think about it, there really is no one like Barbra Streisand. There's Barbra the young Broadway legend, the movie star, the glass-ceiling-smashing movie director, the recording artist and now the venerated elder stateswoman of the showstopper. But amid all the richly deserved Oscars, Tonys, Emmys and Globes, there's that voice. Forget all her other talents, it's the voice alone that any entertainer would die to possess.

Last night, Streisand gave a two-hour plus concert at Washington, D.C.'s Verizon Center. The legend's return may have worried some, yet at age 74, it's clear that Streisand has guarded her vocal resources very carefully. Although you can tell she's no longer 40, the voice is almost completely intact. It swelled with the power of a tsunami in favorites like "Don't Rain On My Parade" and "Being Alive." Yet, she also pared the sound down to a golden thread of tone, perfectly supported by the breath, in songs like "You Don't Bring Me Flowers" and the bona fide crowd-pleaser "Papa, Can You Hear Me?" It's the type of smart, technically adroit vocalism routinely found in opera. In every song — even unexpected numbers like the Donna Summer duet "No More Tears (Enough Is Enough)" — there were thrilling moments of just spectacular singing.

It's not just for show. Streisand is keenly aware of the state of her voice, especially expression. She's still able to color her interpretations with emotions big and subtle. That was nowhere more evident than in Stephen Sondheim's shattering little psycho-drama, the song "Losing My Mind" from Follies. I about lost my own.

In between the songs, there was casual banter, stories and even some politics — pleas for the health of the planet, Hillary stumping and, yes, Trump jokes. Surely they were scripted, but they didn't come off that way. She remains a consummate entertainer, and her knack for interacting with the very vocal audience ("You're photographing me, I can see you. Thank you!") gave the event a surprisingly cozy feel. It was as if all 18,000 of us dropped in on Barbra in her living room — with an orchestra.

It doesn't have to be this way. Barbra Streisand could easily rest on her countless laurels, but instead she's out on a nine-city tour with a new recording, her 35th studio album, ready for release. As the night wound down, she rambled on about what science tells us: That no matter what color your skin is or where you were born, our genetic makeup is 99.9 percent alike. "The other point-one percent," she added, "is Donald Trump." Then, as if to comment on her own joke, she immediately launched into a touching rendition of "People."

Perhaps we are all 99.9 percent the same. But somewhere in that point-one percent is her voice and her spirit. After witnessing her show last night, I can reconfirm that she's still an extraordinary singer and entertainer the likes of which we may never see again.