Accessibility links
Hear Speedy Ortiz's Sadie Dupuis Go Solo In 'Get A Yes' : All Songs Considered A new solo project from Speedy Ortiz singer-guitarist Sadie Dupuis is all pop and empowerment: "I wanted to make a pop song that explores the excitement inherent in getting and giving consent." 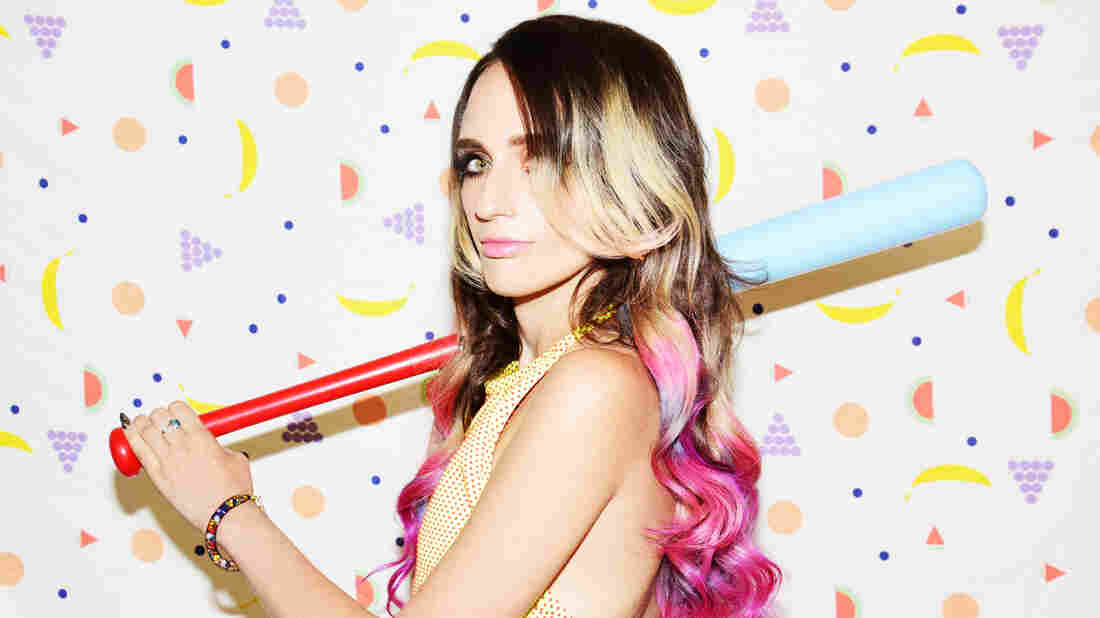 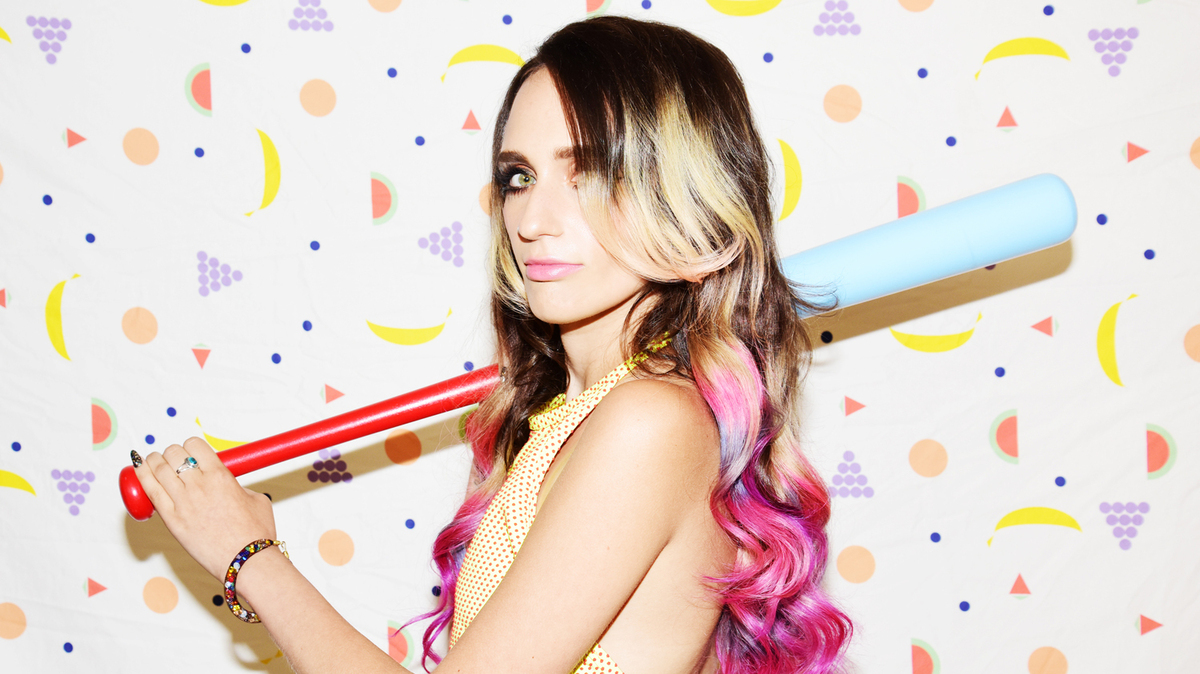 When Sadie Dupuis moved to Philly earlier this year, she returned to the creative headspace where Speedy Ortiz originally began: making music in a bedroom. Slugger is Dupuis' debut solo album under the Sad13 moniker, with playful, empowered and intimate pop songs that don't stray far from the weirdly liberating confines of a tiny room.

Featuring sugary synths and 8-bit drum beats, Sad13's first single "Get A Yes" doesn't have any of Speedy Ortiz's gnarly guitar work. This is a bedroom-pop song that grew up on the ear-popping production of '90s R&B and Courtney Love's raw sense of melody, but its woozy glitter roll is unmistakably Dupuis. But, in keeping with the band's determination to make safe spaces for its fans, Sad13 really wants to think about how we present something as intimate as consensual sex to her audience.

"How many kids learn about sex from pop music? And how many fun-sounding pop musicians do a heinous job as sex-ed teachers?" Dupuis asks NPR. "Like 'Genie In A Bottle,' which characterizes sex as an internal conflict between the mind and the body — rather than something you should only do when the minds and bodies of all parties involved are synchronized? Or 'Blurred Lines,' in which the narrator presumes to know what his partner wants?"

"You can only get to that affirmative yes through a lot of dialoguing, and I think that process should be viewed as fun, sexy and not at all daunting," Dupuis continues. "So I wanted to make a pop song that explores the excitement inherent in getting and giving consent. And that's why I wrote 'Get A Yes.'"

Slugger comes out Nov. 11 on Carpark and iTunes.