Accessibility links
Hear Dwight Yoakam Take A Bluegrass Turn With 'These Arms' : All Songs Considered Yoakam's new project shows this king of modern classic country making a spiritual return to his Eastern Kentucky birthplace for as he rethinks songs from throughout his career within a bluegrass mode.

Hear Dwight Yoakam Take A Bluegrass Turn With 'These Arms' 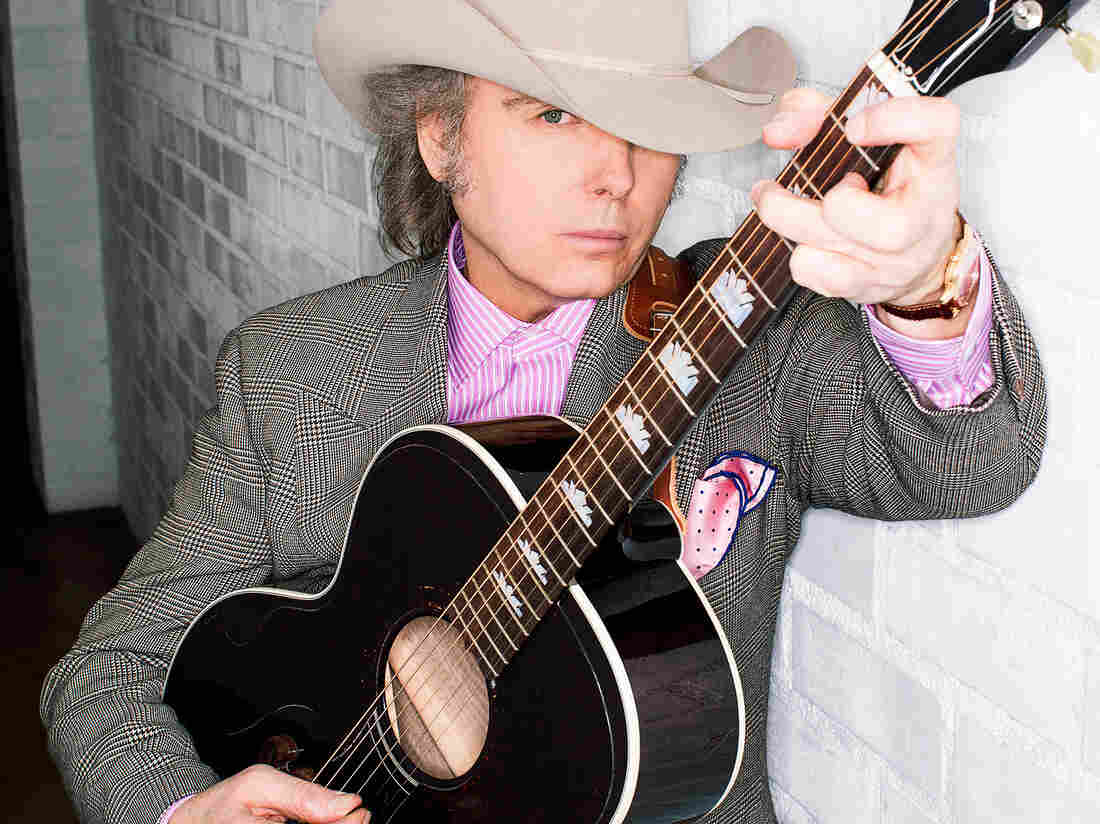 Early in his career, on some forgotten talk show (perhaps it was David Letterman in 1990), Dwight Yoakam chatted with the host about his birthplace of Eastern Kentucky. Describing the earthen mounds that protected roadways from the elements, he used the word "berm." His interviewer was taken aback. Berm? That's a fancy word for a honky-tonk country singer, he said. Yoakam just laughed. He knew that only the precisely right word, not just "heap" or "ridge" or "barrier," would make his story sing. He's always been that kind of meticulous thinker, a literary mind in a ten-gallon hat.

Yoakam's new project, Swimmin' Pools, Movie Stars.... shows this king of modern classic country making a spiritual return to his Eastern Kentucky birthplace for inspiration, as he rethinks songs from throughout his career within a bluegrass mode. Working with two award-winning Nashville producers, Gary Paczosa and Jon Randall, Yoakam built a band from the top echelons of the scene, including guitarist Bryan Sutton, bass player Barry Bales, and Stuart Ducan on fiddle and banjo. Yoakam took care with a tracklisting that spans his rich discography and also includes a glistening version of Prince's "Purple Rain."

You can hear Yoakam making masterful choices on every phrase of these new versions: Note how he shifts the way he says the word "ache" on this poignant take on "These Arms," a sexy barroom lament when he first recorded it in 1998. The original reading had a swing to it, like the one a woman's skirt makes when she's dancing close with a partner. This new recording has its own kind of motion, more like that of a porch swing where a woman sits wondering whether her lover will return. That's Yoakam, telling a classic tale in a way that's just new enough to make it personal again.

Swimmin' Pools, Movie Stars is due out Sept. 23 on Sugar Hill/Concord.