Accessibility links
Listen: Phish Share A Breezy New Rocker : All Songs Considered "Breath And Burning" is a breezy rocker punctuated by some classic soul horn lines and a joyful key-change in the chorus that hints at future jams. 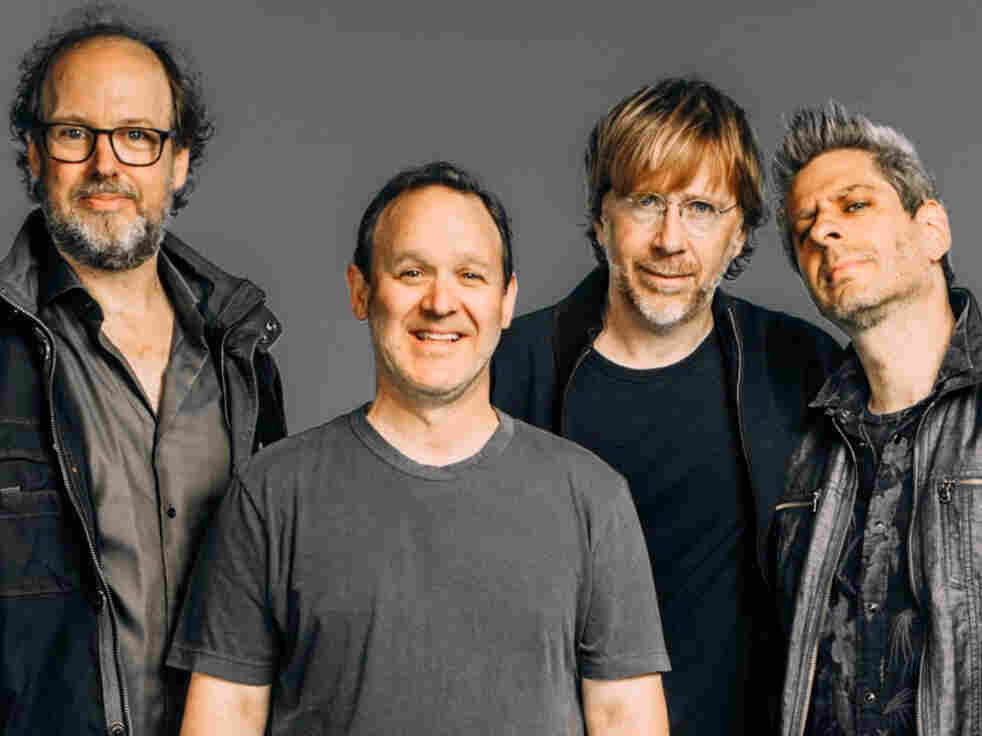 There's a new album from Phish coming on Oct. 7, the band's 13th, titled Big Boat, and this news is always met with some conflicted opinions from fans. Throughout an impressive career that now spans 30 years (including a couple hiatuses -> breakups -> reunions along the way), Phish is still known best for its epic live performances rather than its albums. For at least a portion of the diehard concert-collecting fanbase, new songs are more of a refined framework for the lengthy improvisations to come. But for your more casual listeners, a new Phish album also means an introduction, and a more permanent statement from the Vermont quartet — Trey Anastasio, Page McConnell, Mike Gordon and Jon Fishman. So for those who caught Phish during its recent summer tour, many of Big Boat's road-tested songs will sound familiar. For the rest of us, "Breath And Burning" is the first real taste of the record dropping in a few weeks.

"I wrote this song on the beach after our three-night run in Playa Del Carmen, Mexico last January," Anastasio tells NPR Music in an email. "I loved watching the faces of all the people dancing and splashing in the ocean while we played. I kept thinking, 'This will all end sooner or later, one way or another. So I'm gonna enjoy every last second of it while we're still here. I'm not gonna wave away the dessert cart on the Titanic. I want to be like that string quintet that kept playing while it sank."

Produced by Bob Ezrin, who also helmed 2013's Fuego, arguably Phish's most cohesive record since the '90s, "Breath And Burning" is a breezy rocker punctuated by some classic soul horn lines and a joyful key-change in the chorus that hints at future jams. And while it highlights Phish's trademark songcraft and knotty wordplay, Anastasio and the band are revealing more of themselves in the lyrics — a challenge to the band from Ezrin himself. As Anastasio sings about looming end times with celebration of life rather than with doom ("And what does it matter that the end's in sight / We're not going gently, we're going to rage with Page at the dying of the light"), it feels like one of the more personally direct songs in Phish's repertoire.