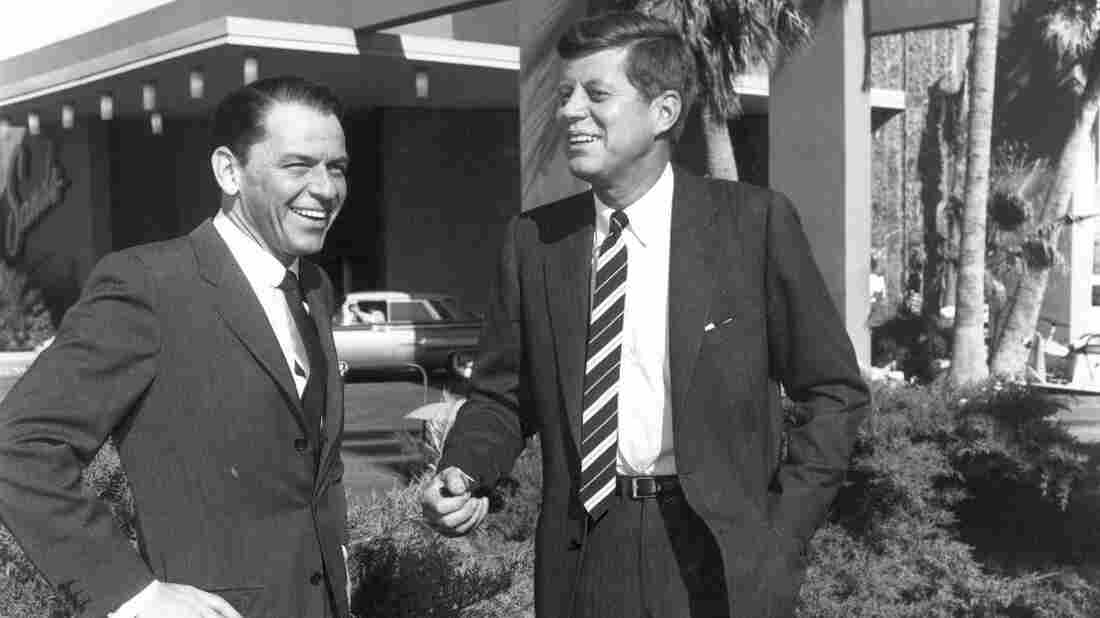 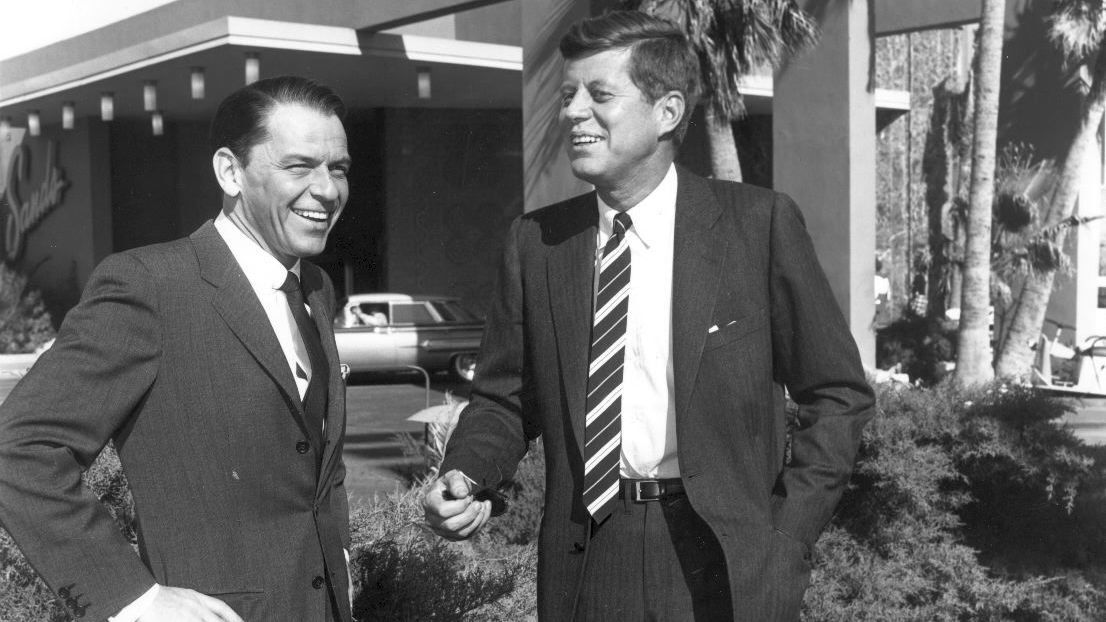 The political endorsement song is a strange beast. It's something more than just a campaign anthem — the kind of track that pumps up rally audiences before a candidate's entrance onstage. Instead, this kind of tune is an odd hybrid: part commercial jingle, part aspirational anthem and, with nearly no exceptions, a soon-forgotten novelty. (One outlier: the sturdy Whig song "Tippecanoe and Tyler Too" from the 1840 presidential campaign, which was most recently resurrected by They Might Be Giants in 2004.)

Certain politicians undoubtedly find it easier than others to get star singers and songwriters to pen and perform original tunes for them. Occasionally, the candidate just has to fall back on pre-existing material, as Mitt Romney did. And sometimes, candidates wind up with old songs reworked for political ends — like the unmistakably buoyant "High Hopes," with new lyrics that celebrated JFK in 1960.

But some of the most interesting selections from U.S. history are the more singular ones. "Nixon's The One," anyone? How about a funk-drenched paean to Jimmy Carter? In any case, with the first presidential debate of 2016 happening this evening, we wanted to revisit some of our favorite endorsement-song finds.

The 1959 Frank Capra film A Hole in the Head is a strange time capsule — not least because its premise is that Miami's South Beach is so slow-moving that a theme park could be plopped down there. Its most enduring aspect is the Oscar-winning song "High Hopes," which leading man Frank Sinatra and songwriters Sammy Cahn and Jimmy Van Heusen adapted for John F. Kennedy's 1960 campaign. JFK also had a more traditional jingle, but the star power and extreme catchiness of "High Hopes" made it unforgettable: "Come on and vote for Kennedy ... and we'll come out on top! Oops, there goes the opposition — kerplop!" —Mark Mobley

Connie Francis, "Nixon's The One"

With lyrics by Alvin Cooperman and music by Moose Charlap — the composer of the Broadway musical Peter Pan and father of jazz pianist Bill Charlap — "Nixon's The One" bears a peppy, upbeat and thoroughly wholesome, big band-backed message for the 1968 campaign. The Nixon/Humphrey race took place in the same year as the assassinations of Martin Luther King, Jr. and Robert Kennedy, civil rights protests, urban unrest and rioting, and during polarizing debate about the Vietnam War. But this sunny endorsement song was, culturally and sonically, a throwback to an earlier era — a perfect fit for Nixon as the law-and-order candidate for voters longing for an age already long gone: "Can do / Americans can do / with the man who knows how to / Yes, Nixon's the one to go with!" —Anastasia Tsioulcas

After the Bicentennial frenzy of 1976, the most memorable musical moments of the presidential campaign may have been the benefits that the Allman Brothers Band played for Jimmy Carter, the governor of their adopted home state. (Next to "Midnight Rider" and "Whipping Post," Gerald Ford's Up With People-style jingle was bound to sound especially bland.) But one of the most entertaining artifacts of the era is this pro-am slow jam about Carter's upstanding nature. "Jimmy Carter Says 'Yes'" is a "song-poem" — a song cranked out by studio musicians from words mailed in by an aspiring lyricist willing to pay a modest fee. Carter may have received more elaborate musical tributes, but none as charmingly funky: "Can our government be competent? Jimmy Carter says, 'Yes!'" —Mark Mobley

Music touting failed candidates can take on retroactive wistfulness. Sometimes, it's as modest as the cabaret number and Christmas carol adaptation from the 1952 Adlai Stevenson campaign. Other times, it's as grand as John Williams' fanfare for 1988 Democratic nominee Michael Dukakis. The 2008 video for "Raisin' McCain" by John Rich of Big & Rich is a straightforward country rocker — featuring an "American guitar" solo — that manages to weave in the Republican nominee's time as a prisoner of war as women in the crowd dance enthusiastically: "Well, he got shot down in a Vietnam town, fighting for the red, white and blue / And they locked him up in the Hanoi Hilton, thinking they could break him in two..." —Mark Mobley

While Kid Rock didn't write the anthemic "Born Free" explicitly for Mitt Romney, he was happy to let the GOP use it as their 2012 song for the former Massachusetts governor. "I was like, 'Yeah, go ahead,'" the singer told MTV that year. "I make music to have people hear it, and I'm not about to dictate at what level they want to listen or hear it at; that doesn't matter to me. I mean, yeah, I'm a little right-wing, you know, I'm going to vote for Mitt Romney ... but if you're not, it's OK." According to an interview Mitt and Ann Romney gave to Parade magazine that August, their personal tastes in music generally ran a little more old-school, to the likes of The Beach Boys, Alabama and The Eagles, with one contemporary curveball: The Killers. But Kid Rock's song reflected bedrock Americana: "Deep, like the grandest canyon / Wild, like an untamed stallion / If you can't see my heart, you must be blind." —Anastasia Tsioulcas

Just last week, one of Mexico's most beloved artists, the ranchero legend Vicente Fernández, released a corrido (narrative song) urging his fans to vote for Hillary Clinton. Fernández doesn't name-check Donald Trump in his tune, which he released via the PAC Latino Victory Project, nor does he directly address Trump's platforms on such topics as immigration, jobs or trade. But he also doesn't shy away from tossing some obvious shade Trump's way: "My freedom, my rights, are respected with Hillary," Fernández sings. "With her as president, we always have a bridge." —Anastasia Tsioulcas