Accessibility links
New Mix: Solange, Gillian Welch, Cuddle Magic, More : All Songs Considered We've got a lot of sounds on this week's show, from Solange's powerful meditation on being black in America, to the gentle folk of Gillian Welch. But some sounds are a lot louder than the others. 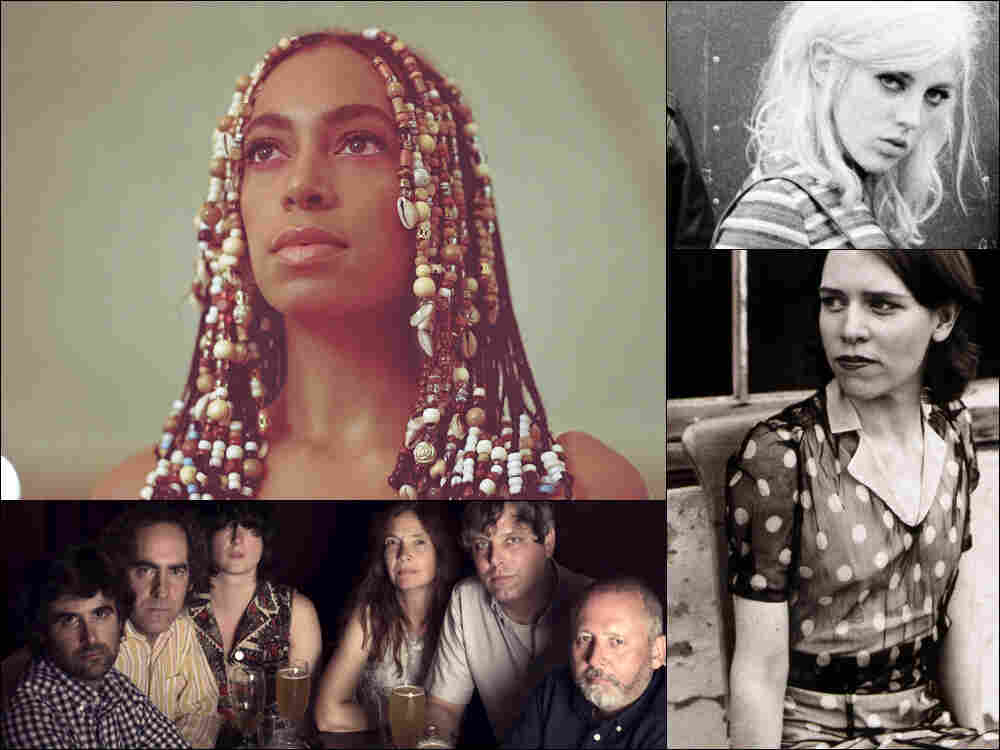 Do you ever want to hear another rock guitar solo again? That's where the fight began. Robin played a song with a lot of guitar wankery by the band Major Stars. He loved it and I frankly couldn't wait for it to end. It got me wondering: Is this sort of music even relevant in 2016?

But there are lots of other sounds on this week's show, including a song from a favorite new album of mine by a band that certainly has the most adorable name: Cuddle Magic. It's a spare bit of electronic pop inspired by music from Ghana. It leans somewhere between Sylvan Esso and the Postal Service. Other spare sounds include music from Solange — an interlude that begins with her mom's thoughts on racism, which seems to inspire Solange to explore the notion of pride. We'll also hear Gillian Welch on this 20th anniversary of her album Revival, a record that was a pivot point in the '90s revival of American Roots music. --Bob Boilen

Solange's newest album, released last week, is a project on identity, empowerment and healing as much as it's about being black in America. "Don't Touch My Hair," Robin's choice from the album, is minimally orchestrated but ambitious, thoughtful and inspiring. Like many of the tracks on A Seat At The Table, it's preceded by a spoken-word interlude, this one called "Tina Taught Me," which features Solange's mother Tina Knowles talking about beauty and black culture.

Cuddle Magic penned this song alongside Lake Street Dive's Bridget Kearney. The band says its sound is inspired by the music of Ghana, which is apparent in the varying tones and textures in "Trojan Horse." Bob's choice comes off tje album Ashes/Axis, due out Jan. 27, 2017.

Robin was looking for some guitar-driven, heavy rock when he heard this and fell in love. From the band's ninth full-length studio album in 20 years, this song is perfect for sitting on your back porch with a beer and air guitaring. The album, Motion Set, will be released Nov. 11. 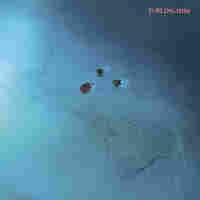 The fuzzy rock of Purling Hiss hits its height with this song off its upcoming release, High Bias, out Oct. 14. "3000 AD" calls upon classic techniques and brings them into the future, as the title suggests.

Gillian Welch originally released her incredible debut, Revival, in 1996, a few years before a huge resurgence in the popularity of folk music in the U.S. This version of "Acony Bell" is a previously unreleased demo from the Revival recording sessions. It's part of a 20th anniversary edition of the album called Boots #1: Official Revival Bootleg, which includes outtakes, demos, alternate versions and previously unreleased tracks. It's due out Nov. 25.

This song features catchy, loud pop guitar and the robust vocals of Izzy B. Phillips. With a guitar intro that reminds Bob of The Smiths, this song is about ignoring the failures of your past and pushing forward for a brighter future.