The new album from the experimental rock band Negativland comes with a plastic bag containing 2 grams of Don Joyce's cremated remains. Joyce, a member of the group, died of heart failure in 2015. According to an official announcement on Boing Boing, the band's forthcoming album, The Chopping Channel, will ship with little bags of Joyce's ashes for as long as "supplies last." 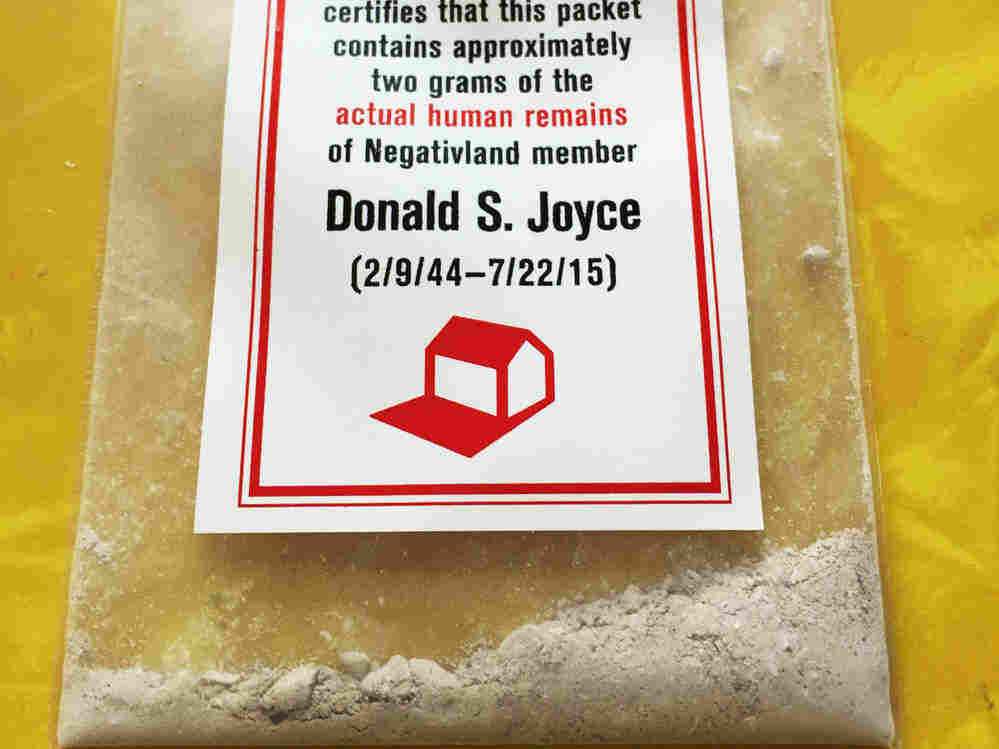 "Thank you for reading about all of our deaths over the past year and a half!" the band says in an official statement. "This is not a hoax. We've decided to take The Chopping Channel concept to its logical conclusion by 'productizing' an actual band member. It is also a celebration of the degree to which no idea in art was ever off-limits to Don, and offers a literal piece of him, and of his audio art, for the listener to repurpose and reuse. We are pretty sure he would have wanted it this way."

The Chopping Channel is the ninth volume in a series of albums compiled of edited recordings from Negativland's long-running live-mix radio show, Over The Edge. It'll be released on Oct. 21.