Accessibility links
Guest DJ: AURORA On Her Love Of Heavy Metal And Leonard Cohen : All Songs Considered Norwegian singer AURORA talks about her love of heavy metal, Leonard Cohen and how intuition guides her songwriting. 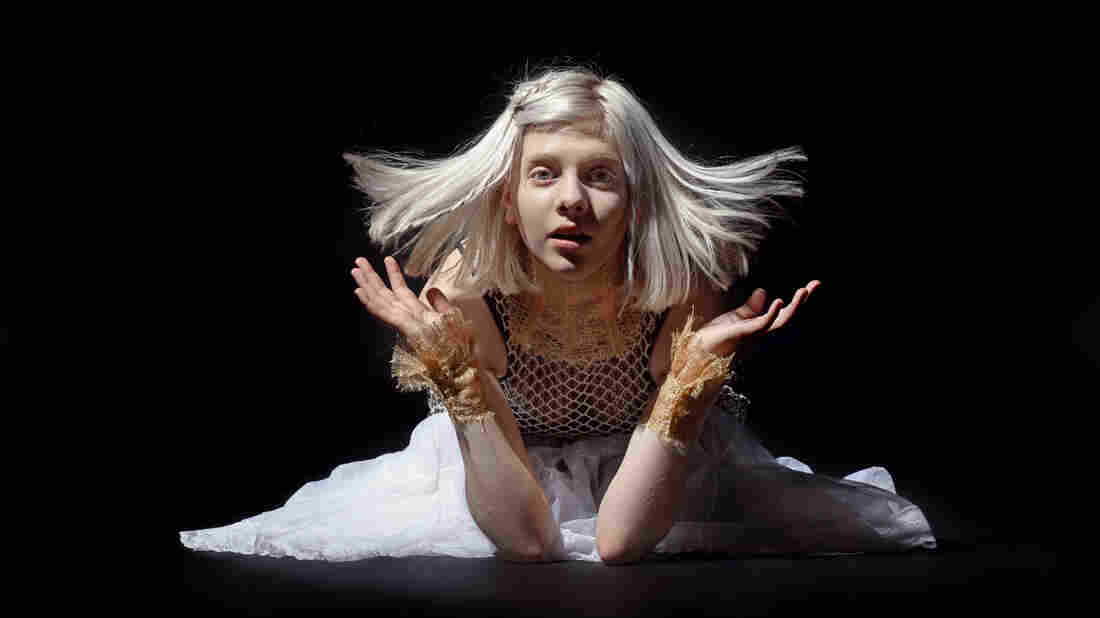 Aurora Aksanes is a 20 year old singer from Norway who is small but with a big heart. Courtesy of the artist. hide caption 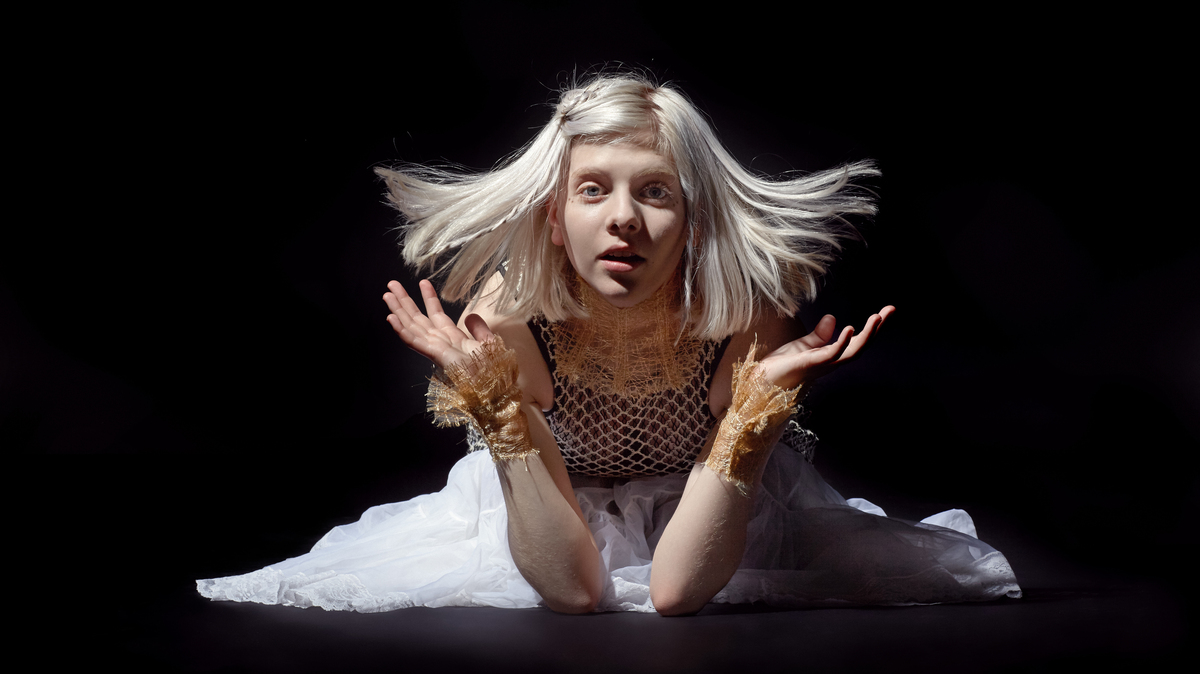 Aurora Aksanes is a 20 year old singer from Norway who is small but with a big heart.

I first saw AURORA in a small club in New York City three years ago. She was just 17 years old, but her performance was mesmerizing. Her frail, blonde figure mirrored her enchanting voice and words. The young singer from Norway put out a dramatic and beautiful record earlier this year called All My Demons Greeting Me as a Friend.

On this edition of All Songs Considered, AURORA — now 20 years old — plays DJ, choosing songs that inform her life and music. Some mirror the emotions in her own music, like Leonard Cohen, Enya and the mechanical, organic music of Wintergatan. She also surprised us by showing her love for metal music, including Mastodon.

We had an emotional conversation. AURORA is all about touching hearts and expressing her feelings through song. Below are the songs she picked and some edited quotes from the interview, though it's best to give a listen to the full show so you can fall in love with her music and her passion for performing and connecting with fans.

Songs Featured On The Episode

"I do love the band, and I've seen them live three times now. I was quite young the first time I saw them. I was no more than 13. When I heard, especially this song, I like a lot — the sounds in the beginning, they sound like they're sick. They sound like they've caught a cold, which I like. I really like this band, they're very melodic, they seem, more than most heavy metal bands." - AURORA

"His voice came into my life very early. I think I was in my mom's belly the first time I heard his music. Just listening to his voice — it calms me down and it reminds me of my mom. It's the same softness and delicateness, and also the warmth I feel like he has. His music and his words are just such a great contribution to this planet." - AURORA

"Suddenly, three weeks after ["Puppet"] was released, I had management. And people were asking for interviews, and I got a few gigs. It was very strange. And I didn't even want to meet my management. I didn't have any use to become an artist, I didn't see the point of it. Then my mother told me that she felt this wonderful feeling between sadness and happiness, at the same time. She told me that if I could make her feel that way, maybe I could make people feel that way. And it would be selfish in one way to hide music from the world if it could be of any use. That kind of made me take the first step into the music industry." - AURORA

"The biggest [show] was maybe warming up for a Norwegian artist called Odd Martin, who is now in my band. But at that time, I warmed up for him, and then I did a few event shows, like opening up for a new library and I was doing some songs on piano. It was a very strange and exciting year. Then we recorded a few songs — 'Runaway,' for example. We slowly built our way up to where we are today." - AURORA

"This song is really not about anything deep or sad, it's just a story, a fun song that can be uplifting for a change in my live shows. It's very different from the rest of my songs, I think. It's me, and it's a very fun memory from the day we wrote it." - AURORA

"It's beautiful, it's just melodies. And they make it all on this wonderful machine. It's just magical. It's alive. It looks like something that has a heart, doesn't it? It breathes. And you can almost hear that it's alive, a machine made of something that's alive." - AURORA

"I don't know much about [Hamasyan,] but I discovered this song — or this masterpiece, I think it is — a few weeks ago. I had one day off, I think I was home. I was leaving the next day, and I asked a friend if he had a song that I could cry to. A song that I can cry to that would leave me feeling uplifted. And he sent me this song, and this song did its job. It makes me feel light in my heart." - AURORA

"[This] song made me feel like she was taking a bit care of me, like an angel or a mother. It was nice to feel that maybe I could do the same. Because those are the people I write for — myself, and people that feel smaller than they should feel." - AURORA

We close the show with AURORA's cover of David Bowie's 'Life On Mars' — a song that conveys a similar sentiment to the music she makes.