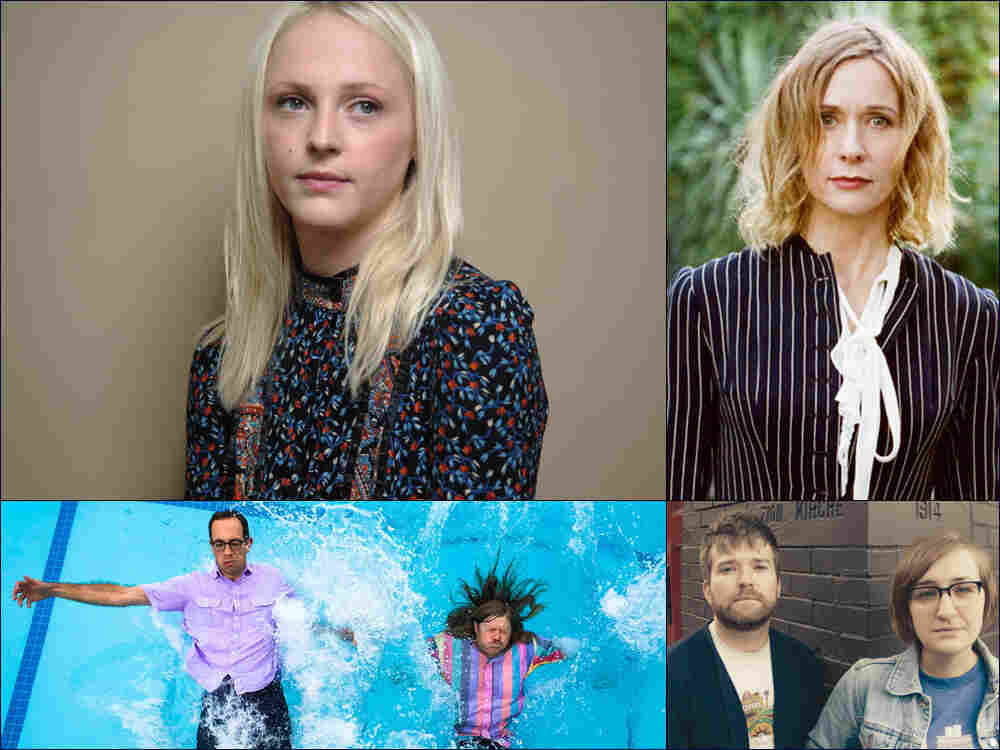 This week, all the songs I play ended up being about the ways people, particularly women, empower themselves in the face of difficult times. Singer Sam Phillips offers a feast of sound in less than two and a half minutes with "World On Sticks," a song about the indomitable human spirit. "It's amazing what a girl can do," she sings, "with half a heart." Laura Marling is also back with new music from an upcoming album she's calling Semper Femina. The first single, "Soothing," is about the empathy she has for other women and, by proxy, herself. And, finally, there's a new song from the husband-wife duo bed. called "Girl." Sierra Haager, one half of the group, says she wrote the song about how much she wishes she could protect the women in her life from the impossible expectations society has of them.

Bob, of course, brings his own favorites of the week, including an intriguing instrumental cut he discovered on a thumb drive submerged in a jar of honey. (I'm not making that up.) The Baltimore band Peals sent the jar to Bob in hopes of getting his attention — which reminded Bob of the commentary Martin Atkins did a while back about being swayed with blackberry jam. Bob also shares music from an album he loves so much he had a hard time picking just one track from it. It's called Front Row Seat To Earth, and it's by Weyes Blood. The track Bob finally settled on is "Used To Be," a moody song that's reminiscent of The Beatles and Pink Floyd.

Bob received a jar of honey in the mail. Inside the jar was a USB drive. He plugged it in and discovered Honey — the latest album from Peals. "Become Younger" is a dreamy, atmospheric song from the instrumental Baltimore duo's third full-length. Peals is William Cashion from Future Islands and Bruce Willen, formerly of Double Dagger. The honey comes from Baltimore's Oak Hill apiary and can be purchased, with the USB drive, on the band's website.

This cut comes from Sam Phillips' latest EP, Human Contact Is Never Easy. Driven by percussion from longtime collaborator and drummer Jay Bellerose, "World On Sticks" is spare and intense. Phillips says the EP was inspired by her amazement with the indomitable human spirit.

This episode features a new song, "Soothing," from Marling's new album, Semper Femina, which is due out March 10 on her own label, More Alarming Records. Both Bob and Robin chose this song; it feels like a nice evolution away from the acoustic-guitar sound Marling is known for. Marling began writing Semper Femina from a man's point of view, but quickly changed perspective. In announcing the record, she said, "It's me looking specifically at women and feeling great empathy towards them and by proxy towards myself." 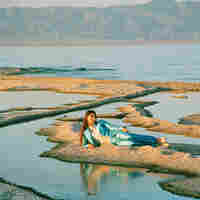 Natalie Mering creates an ethereal world on her album Front Row Seat To Earth. Bob loved it so much he had a hard time picking just one song. The cut he finally decided on is "Used To Be." It features sweeping organ and chord changes reminiscent of The Beatles that give the song an uplifting feeling.

The husband-wife duo bed. is from Portland, Ore. Sierra Haager wrote this new single about her wish to protect women from the impossible expectations of the world. "Girl" is from bed.'s upcoming full-length, due out sometime next year. It was recorded with Larry Crane at Jackpot! Studios.