Accessibility links
Remembering Greg Lake, The 'Lucky Man' : All Songs Considered Emerson Lake & Palmer's singer and co-creator, who died Wednesday, was at the forefront of a movement that took rock in a new literate — and liberating — direction. 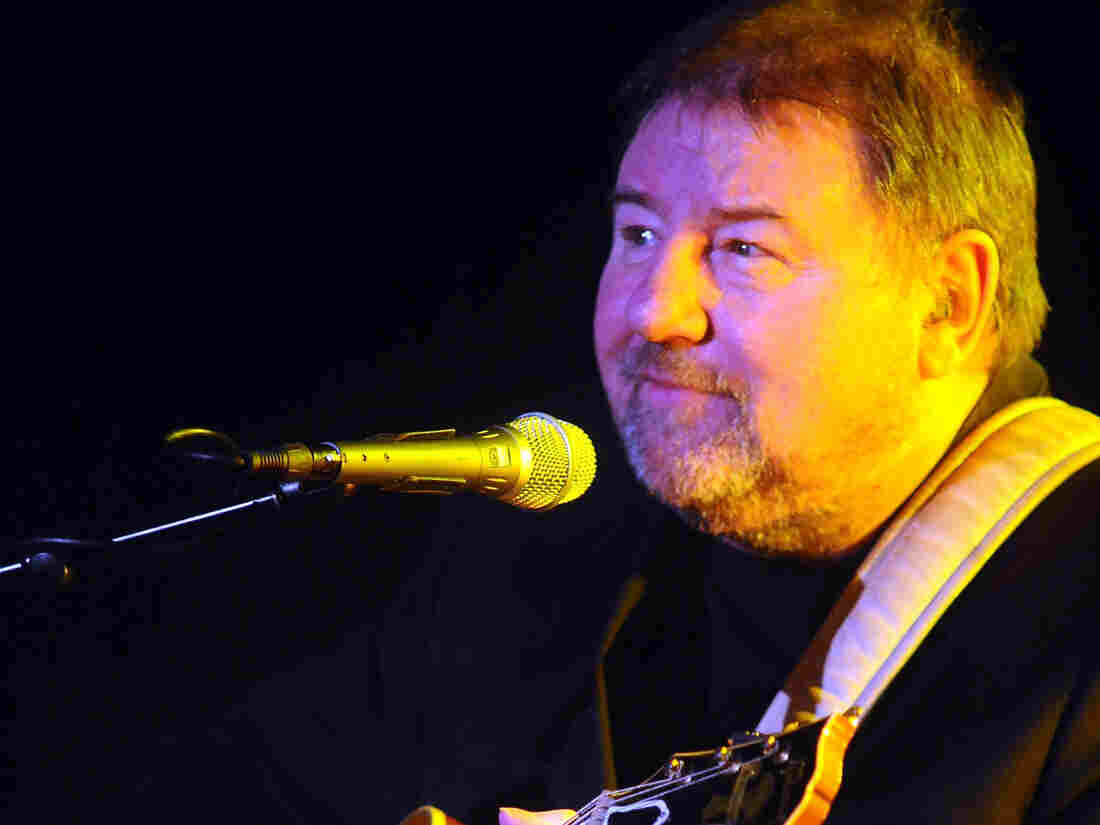 Greg Lake passed away Wednesday at the age of 69 after a battle with cancer. In his heyday, he had a monumental voice. It sat staunch atop the frenetic keyboards of Emerson, Lake & Palmer's Keith Emerson (who took his own life earlier this year) and managed a delicate balance in the surreal, uncharted territory of those first two King Crimson records back in 1969 and 1970.

Those albums grew out of the imaginings of his mate from Dorset, England, guitarist Robert Fripp. And though Greg Lake mostly didn't write the words he would sing with King Crimson, the tone conveyed was magnificence and majesty.

"The purple piper plays his tune, The choir softly sing; Three lullabies in an ancient tongue, For the court of the crimson king."

Greg Lake spent much of his musical life as the "L" in ELP. He was the band's singer, played guitar (both acoustic and electric) and bass, and wrote lyrics for the beloved 1970s progressive rock band. He often acted as the quiet, contemplative counterpoint to the thunder of drummer Carl Palmer and keyboardist Keith Emerson.

Most people came to know Greg Lake through ELP's first "hit" song "Lucky Man," with its images of white horses, white lace and feathers, and (somewhere in there) the tale of a king and a man who goes off to war to die for his country. These phantasmagoric songs were a pleasant shift in rock music, from the often literal tales and endless songs of love that streamed across the airwaves. The world of wild song structures Greg Lake and his bandmates pioneered was liberating and literate — and it was his sonorous tones that led the charge.

"It is with great sadness that I must now say goodbye to my friend and fellow band-mate, Greg Lake. Greg's soaring voice and skill as a musician will be remembered by all who knew his music and recordings he made with ELP and King Crimson. I have fond memories of those great years we had in the 1970s and many memorable shows we performed together. Having lost Keith this year as well, has made this particularly hard for all of us. As Greg sang at the end of Pictures At An Exhibition, 'death is life.' His music can now live forever in the hearts of all who loved him."