Accessibility links
Viking's Choice: The Year In The Loud And The Weird : All Songs Considered Our resident Viking recalls 2016 in feral metal, dystopian and ocean-mimicking synths and Afro-futurist pop cubism.

All year long in my Viking's Choice column, I attempt to simultaneously crush and widen the ears of All Songs Considered fans. As is now tradition, Bob Boilen and I get together on this last show of the year to discuss all things metallic, psychedelic, synthetic and exploratory. You'll hear about a 20-year-old metal band's most feral album ever, synth artists imagining a dystopian society and mimicking ocean waves, an Afro-futurist cutting the dance floor into cubist shapes and more.

We also announce — spoiler alert — that I will be joining All Songs Considered full-time in 2017 as a writer, producer and contributing guest on the show. So expect a sonic wrench in your podcast feed from time to time, or at least an attempt to convince everybody that Young Thug is a total pop deviant.

If this is a realm you wish to enter on the regular, it's best to follow me on Twitter and Bandcamp. I've also updated my oh-so-official Spotify playlist with over 100 of my favorite songs of the year. --Lars Gotrich 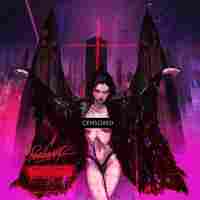 Perturbator's James Kent continues to be not only at the front of synthwave but also one of the retro-futurist style's most thoughtful and incremental innovators. Inspired by film — Akira's bleak dystopia and Suspiria's stylish and surreal horror — The Uncanny Valley plays up Kent's background as a metal musician with sleek violence, but here the complex compositions hum and glow like a neon sign against a foggy night sky.

The Uncanny Valley is available via Bandcamp. 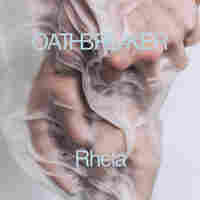 With Rheia, Oathbreaker marks its transition from a bruising metallic hardcore band to a living, screaming example of extreme coalescence. The Belgians' punk roots bare their teeth, but there's an emotional and technical care given to the black metal and frantic indie-rock that course through the spiraling foundation of Rheia, held together by the raw dynamism of vocalist Caro Tanghe.

Rheia is available via Deathwish Inc. 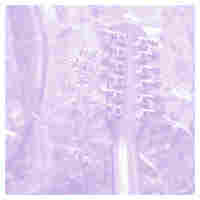 River streams and falling leaves float around the 12 strings of Sarah Louise's acoustic guitar, at once one with nature and trying to make sense of its mystery. With only one previous release to her name, the Asheville-based musician emerges fully formed with her entry into the venerated VDSQ Solo Acoustic series. Rooted in Appalachian music, yet taken by the whims of the forest, her guitar mimics flowers on water, sudden gusts of wind in trees and the rhythms of the natural world. 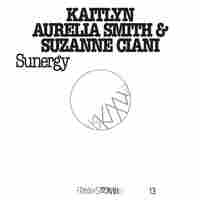 The FRKWYS series, which pairs young artists in fringe music with their mentors, is a gift to sonic exploration. Now 13 volumes in, the series continues to bear fruit. The modular synthesist Kaitlyn Aurelia Smith (whose stunning EARS is one of our 50 best albums of 2016) met with Suzanne Ciani, an early student and continued evangelist of Don Buchla's electronic instruments, in northern California, where they patched into each other's frequencies and made one of the most conversational records in recent memory. When shows like Westworld and The OA make us question reality, Sunergy mimics life in its most frantic and euphoric expressions.

Sunergy is available via RVNG Intl. 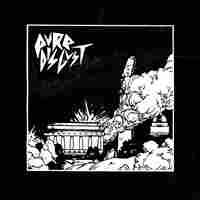 If Solange's A Seat At The Table is a somber yet strong meditation on what it's like to be black in America, consider Pure Disgust its ruthless and boot-stomping companion. After a demo and a couple 7"s, Pure Disgust's self-titled debut album is the righteous, furious culmination of D.C. hardcore's revitalization. The band looks to Oi! street punk and late '80s hardcore (not to mention a little thrash and Iron Maiden riffage) and is absolutely unflinching during the record's 18 minutes, railing against systemic racism in schools, prisons, law enforcement and America at large.

Pure Disgust is available via Bandcamp. 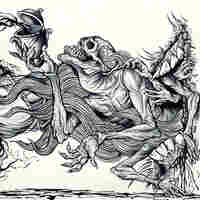 Zao, The Well-Intentioned Virus Courtesy of the artist hide caption

In some ways, this is the record Zao could have made after Liberate Te Ex Inferis -- a 1999 metal album that was inspired, in part, by Event Horizon and that's truly the science-fiction horror film's nightmarish companion. And for most longtime fans (like myself), that would be enough. But evolution has been crucial to Zao's survival over the last two decades, and The Well-Intentioned Virus is the band's most accomplished work. It is as feral and brute as the best of Zao's discography, but it's devastatingly current in its exploration of fear and thoughtfully experiments with ambiance and melody in a way only experienced musicians can achieve. It's a savage reward for seasoned listeners and newcomers alike.

The Well-Intentioned Virus is available via Holy Mountain and Bandcamp. 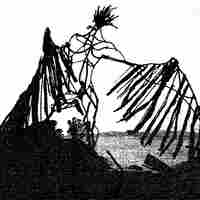 Ulaan Khol, Ulaan Markhor, Ulaan Passerine — each persona of the LA-based musician Steven R. Smith explores a different facet of psychedelia: some deafening, some quiet and even meek. But all of them seek what's beyond. The Great Unwinding, one of two Ulaan Passerine releases this year, does just that; Smith's music stretches out like branches of oak, with folkloric guitar, screaming strings and moaning woodwinds that he layers and dissolves.

The Great Unwinding is available via Bandcamp. 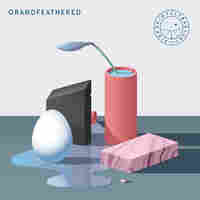 Pinkshinyultrablast is like that effortlessly cool kid from high school — the one that wore a denim jacket when it wasn't in fashion and listened to weird bands, but wasn't a jerk about it. The Russian band reaches further than its noise-pop exterior to make music that pulls from lush electronic production, shoegaze, metal and even funky highlife, with an understanding that they all exist in the same gauzy space. Grandfeathered is gloriously loud and brash at close range, almost unaware of how pretty it all is when you step back and soak it all in. 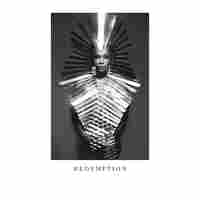 Abrupt first-person admission: I don't really play favorites at year-end anymore. My reasons for unranking are numerous and boring. But Redemption is my favorite album of 2016. The ever-curious and evolving Afro-futurist pop savant D∆WN closes an album trilogy with what is comparatively the most accessible of the three, yet still takes chances none other in pop would attempt. Dawn Richard, as her mama knows her, views pop music as a multi-dimensional medium: not just a space to abstract her varied interests in R&B and electronic music, but an equal opportunity to bring everyone to the dance floor. This is dance music that recognizes the world is tilted and needs rebalancing.