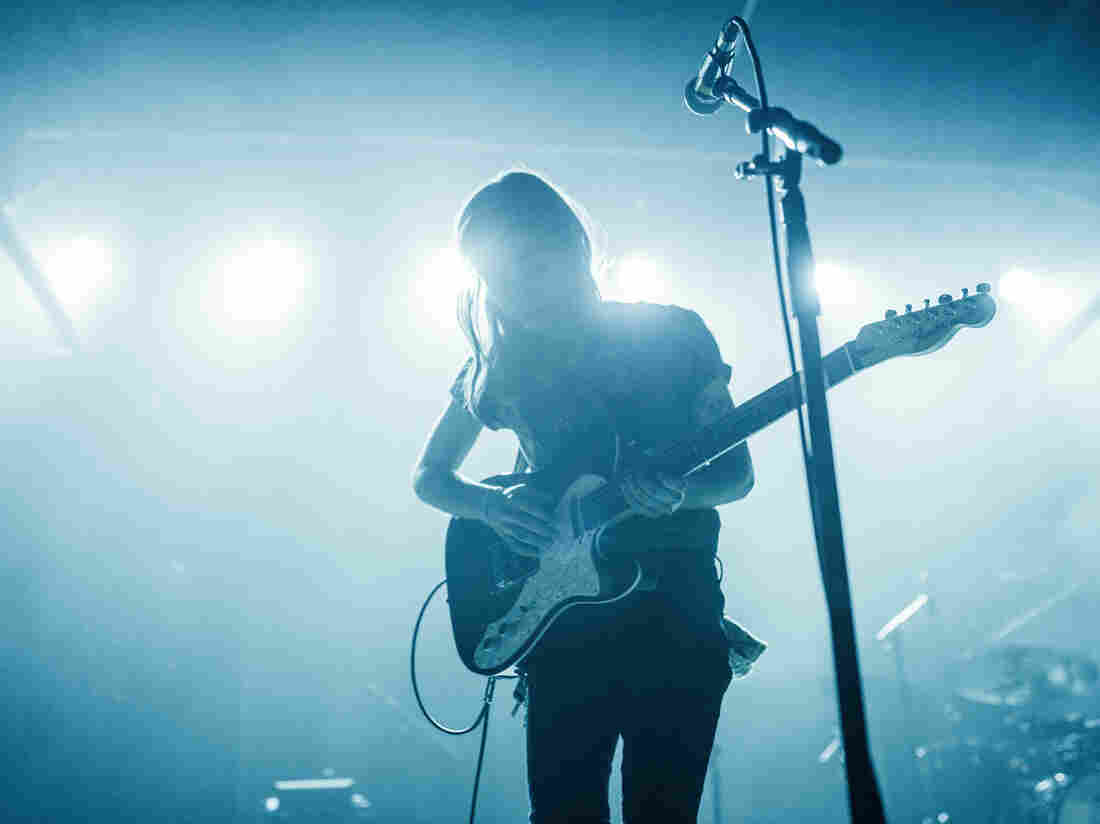 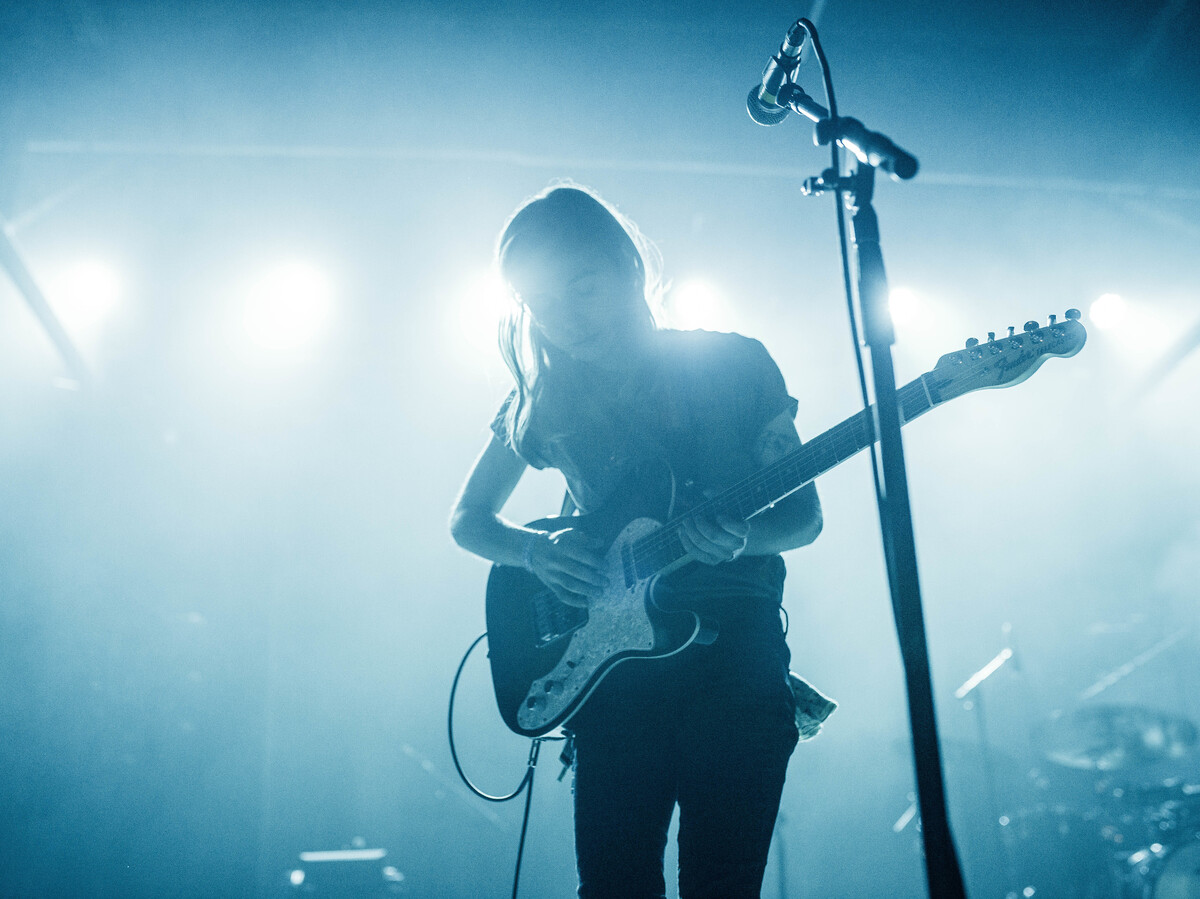 Nolan Knight/Courtesy of the Artist

Julien Baker never imagined her sad songs would be loved beyond a small circle of friends. But this 21-year old guitarist, engineer and songwriter has just signed to the nearly 30-year-old Matador Records, a label known for its wide swath of beloved artists, including Liz Phair, Pavement, Cat Power and Savages.

On this +1 edition of All Songs Considered, we've got a candid conversation with the remarkably talented Julien Baker and play her first song for Matador, called "Funeral Pyre."

We came to love Julien Baker when she released Sprained Ankle late in 2015. On March 17, Matador will release her new single, along with a vinyl reissue of Sprained Ankle outside the U.S. and Australia.

"Funeral Pyre," as the name implies, is a dark tune. The first time I heard it she was performing behind my desk and introduced it, with a smile, as "Sad Song Number 11." Like all other Julien Baker recordings, it's just her and her guitar. The song takes a deep look at a painful, broken relationship that's doing her more harm than good.

This +1 conversation took place last month while Julien was touring Australia. Now she's about to open for Ben Gibbard in Milwaukee, Chicago and Idaho. She'll tour Denmark and the U.K. in the spring.

You can also hear recordings of Julien Baker at this past year's Newport Folk Festival, at the Tiny Desk and singing her new holiday song "on a train" as Robin Hilton and I head to the North Pole to find the holiday spirit.

You can hear the full interview with the audio link at the top of the page or read edited highlights below.

On the meaning of 'Funeral Pyre':

"I feel like I would have put myself into an unfavorable or unhealthy position for this person and maybe recognizing from an outside perspective that that destructivism is a more healthy thing to do than to stay in it for the sort of, romantic, admirable belief that subjecting yourself to this kind of sacrificial, fatuous love would be more of the right thing to do."

Why she makes music:

"You recognize that you're going to have to be a martyr for your passions a little bit and I thought, 'What's more pure than music?' I want to pursue it no matter what kind of temporal recognition I get for that just because I would want to do it anyway. That was the plan, honestly, to just make music and hand it out to [my] friends and family and have them say, 'Good job!' and be content with that. I never imagined any of this happening, and I'm grateful for it."

On performing in front of an audience:

"The most precious thing to me about performing music is that you create art, yes, but not in a vacuum. Once you make it, it's no longer yours. And so, to hear what people glean or take from the songs and how they respond to it in a really visceral way that may or may not have anything to do with how I intended or imagined the song ... I am just blown away by music's elasticity to be the salve that anyone needs."

On how writing songs is a process of personal discovery:

"When I'm writing, many times there is a tension between the logical and the poetic, emotional brain. There are things that are counterintuitive to reason that a person feels that demand expression, and then when I express them within a song ... when you phrase it in those terms, you recognize that it is unhealthy, that you should not do that, and yet, it is a valid emotion to feel and should be felt and honored. Those emotions and those things are a means of discovering new things about myself and analyzing, 'Why would I write those things? Do I truly feel that way? Do I think they're valid?'"