Accessibility links
Our Top Discoveries From globalFEST 2017 : All Songs Considered Every January, we hear some of the world's tastiest acts at a one-night showcase in Manhattan. From Korean folk songs spun into glam-rock glitter to blazing Cuban brass, this year was no exception. 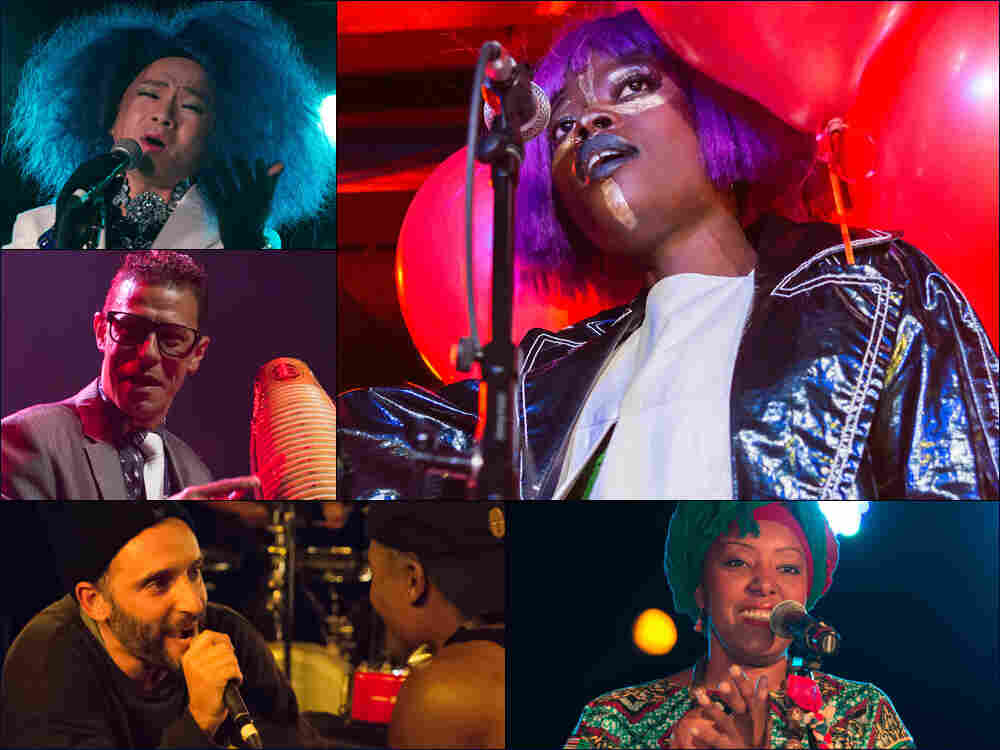 Every January, we look forward to globalFEST, a one-night showcase of newly emerging and well-established artists from around the world. This annual event, held at Manhattan's Webster Hall, is where industry insiders and cool-hunters alike ferret out the next big global music acts on the touring circuit — the buzzed-about bands playing on this single winter night form the vanguard of what you're going to be watching at festivals and at venues across the country over the next couple of years.

This year's globalFEST roster tipped towards splashy and conceptual sets from artists like SsingSsing, who melds glam-rock aesthetics with Korean folk songs, and Jojo Abot, a singer from Ghana who channels Grace Jones. But there were also big dance bands, like Cuba's watertight Septeto Santiaguero, and the Orchestre Afrisa International, masters of the Congolese rumba. And "global music" doesn't just mean sounds from abroad: This year's lineup included several regional American artists and some hyphenate Americans, like the Sudanese-born singer (and Tiny Desk Concert alumna) Alsarah. 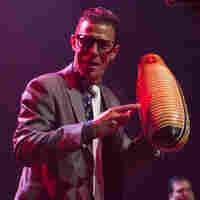 The band Septeto Santiaguero hails from Santiago de Cuba, a city on the country's southeastern side. It's easy to tell its members have been performing together for a long time: They delivered their globalFEST set with effortless polish. Septeto Santiaguero's 2015 album, Tributo a Los Compadres No Quiero Llanto, won that year's Latin Grammy for Best Traditional Tropical Album. Hear the band mix horns, vocals and the signature sound of the Latin American percussion instrument called the güiro in this song. 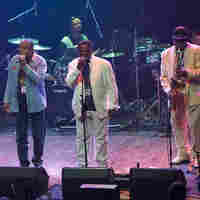 L'Orchestre Afrisa International is perhaps known most widely for its work with Congolese star singer and bandleader Tabu Ley Rochereau in the 1970s and '80s. Eventually, the band took a break — Tabu Ley returned to the Democratic Republic of the Congo to become a minister of culture there, while other band members settled in various places in the U.S. Now, after a long break, complete with cross-continental separation, a new iteration of the group has come back together. 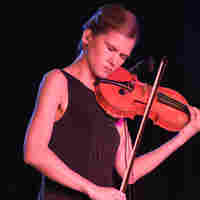 Estonian violinist Maarja Nuut combines acoustic violin with electronic elements, and her collaboration with producer Hendrik Kaljujärv lends her atmospheric sounds a bit more motion and rhythm. She accompanies her performance with storytelling that lends the music more immediacy. To introduce this song, she tells her audience about a traditional Estonian game involving a horse. 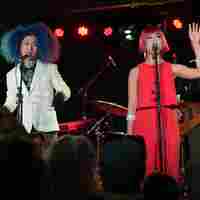 This Korean band combines rock elements with the sounds of the regional folk style called Minyo, but to truly understand SsingSsing's work, you have to understand how the band members dress on stage: very glam, very rock and roll and very ready to play with the concept of gender. Because male shamans in Korean traditional art need to channel male and female spirits, the men in the band cross-dress. As a nod to the band's first trip to the United States, its members donned red, white and blue wigs for their globalFEST performance. 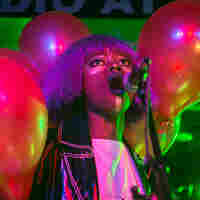 Ghanaian artist Jojo Abot has found a sound that's entirely her own, as evidenced by the combination of dreamy production over a reggae-inspired beat on the song "To Li." 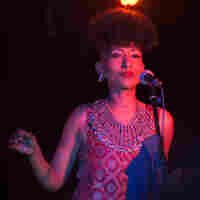 This year was singer Alsarah's second appearance at globalFEST — she appeared in 2016 as part of The Nile Project, a collective of musicians from 11 Nile countries. Alsarah was born in Sudan, but she's now based in Brooklyn. Her music, which she calls "Sudanese-Nubian retro-pop," is all about what happens when different identities, experiences and histories come together. With her band, The Nubatones, she delivers these stories and songs with effortless cool. 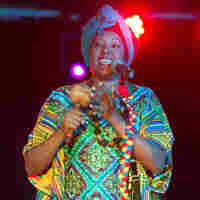 This year's globalFEST featured the U.S. debut of Betsayda Machado y La Parranda El Clavo, but it's easy to tell that these musicians have been making music together forever. Most of the players come from three families in the town of El Clavo, Venezuela. Their music sounds African, and for good reason. Helmed by veteran vocalist Betsayda Machado, the band comes from an Afro-Venezuelan community that has maintained a strong connection to its roots. 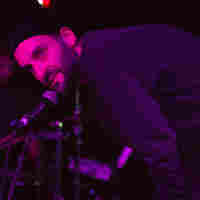 Born in Angola and raised in Portugal, DJ and producer Batida combines up-tempo kuduro beats with political expression, news footage and film in his live shows. For this song, he handed out whistles and encouraged the audience to whistle along — and he also told them a history lesson about the Angolan origins of the Brazilian celebration of Carnival.