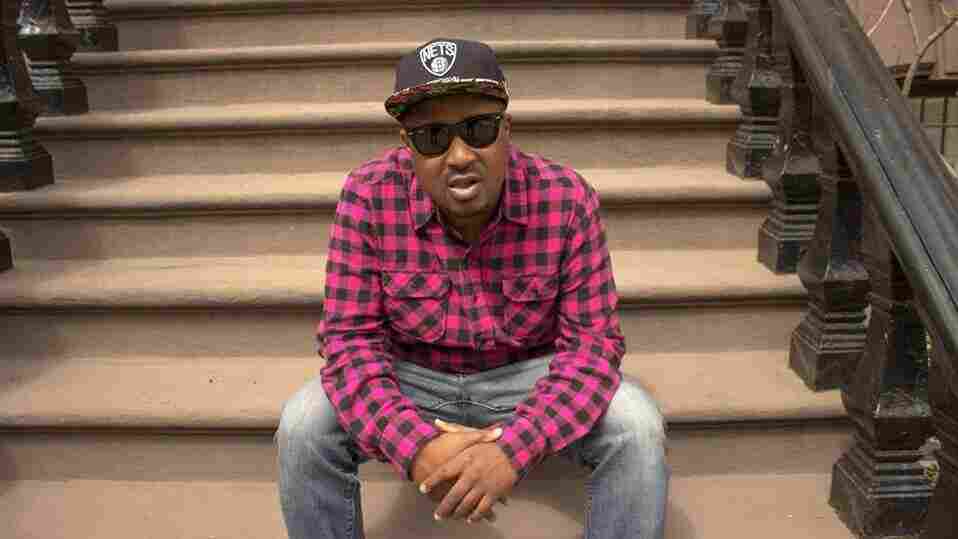 Byron The Aquarius Courtesy of the artist hide caption 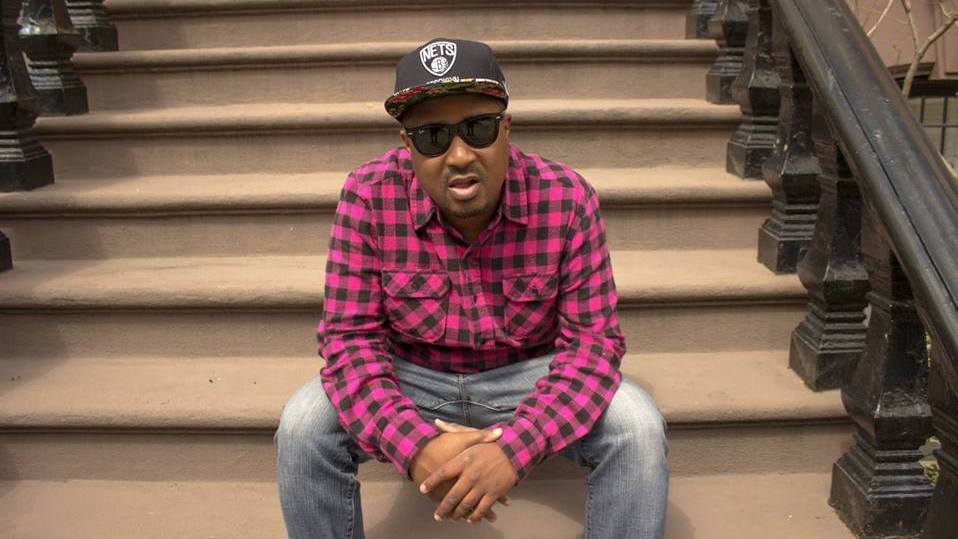 Though Byron Blaylock made his recorded debut as Byron The Aquarius only a year ago, by most standards his musical journey had already been long and fruitful. Born and raised in Birmingham, Ala., Blaylock had been a keyboard and hip-hop production prodigy during the golden Myspace days of the late-Aughts. He was best known for collaborating with the Parisian producer Onra (Arnaud Bernard) on The Big Payback, a quietly influential project of mostly instrumental, soulful broken beat tracks, which in turn opened the door for him to work with Flying Lotus — before running away from the biz to study jazz at Jacksonville State University.

Last year's High Life, the "comeback" EP that Byron the Aquarius made with his Atlanta-based mentor and house music lifer extraordinaire Kai Alcé for Theo Parrish's legendary Sound Signature label, was a different beast entirely. It showcased Blaylock's skills on the electric piano and Rhodes, while jumping into the deep end of the current jazz-meets-house-meets-R&B conversation. A flurry of other releases, including a mini-LP for Kyle Hall's Wild Oats label we deemed one of last year's best electronic releases, earmarked him as an amazing new talent.

Both the conversation we had with the now 28-year-old Aquarius and his fantastic Guest Dose mix which we're premiering today address this new major uptick in a world where soulful house music and instrumental improvisation are mixing.

Piotr Orlov: Long before you made house music you had a pretty broad musical background. Can you walk me through it?

Byron Blaylock: I was raised by my grandparents, who got me into piano lessons at the age of five, so I started playing classical music — Beethoven, DeBussy— learning how to write and read music. Later on, I guess around 16, I got into jazz. I got training from a teacher named Doc Adams — he passed last year — who played with Duke Ellington and played in the Sun Ra band. He just kept training me until I was about 18, and that's when I started doing work with Onra, The Big Payback. That's when I got into programming and hip-hop. But really my whole introduction to music was jazz, I went to Jacksonville State University for Jazz Studies, playing with big bands. It's an hour-and-a-half from Atlanta, so sometimes me and my friends would skip class and go... that's how I met Kai [Alcé]. I was like 23 or 24. I wasn't really into house music, I probably heard of it but I didn't really know, 'cause I was a jazz-head and a hip-hop-head. I was always coming into the Sound Table, and I saw Kai one time. I had my laptop and was programming music – cause sometimes I like to go to cafes to get inspiration, and I create music right in the café while people are partying. So Kai just walked up to me, took a listen to my music and then he took me to his spot. I started playing keyboards on his stuff, he introduced me to house music, and that's basically how the whole thing got started, really.

You also have a connection to Detroit. Tell me a little bit about that?

I went up there and stayed for a year. A lot of people thought I was producing house music because they tie that with Detroit, but I was up there working with Eminem's producer Denaun Porter from D12. I was just kind of doing work with him on a mainstream level, making hip-hop. I can't say it helped me, but you know how the industry is. It gave me a lesson. I was just motivated to come Detroit anyway because my main influence always was J Dilla. Motown too. [But] Detroit is kind of weird... a lot of people think that, 'oh man, you come to Detroit you're going to hear tons of house music' and it's not really like that. I'm from the South, and I come up there and heard more people trying to rap, and it left me tripping. From my age, I'm thinking, the young people up there are going to take this thing like a torch, like "yeah, we're from Motown" but I guess they look at it different. I was talking to Kyle Hall and he said the only time it really jumps is during the festival.

The music you are making right now, and the music on the mix, is a great combination of jazz and house music. Can you walk me through how you approach combining them?

Basically, it all started with "Aquarian Voyage" [off the High Life EP]. Since Herbie Hancock is a huge influence, you already know where that came from — it came from "Maiden Voyage." I took the elements of that song, Kai made the rhythm and I applied a live feel. If I am playing with just a drummer, or with guys I don't know and we just in front of each other and we playing, it's like I am vibing and improvising. To me, that ties together house music and jazz. I know some people don't think about it like that, but it's all improvising. Like a horn player. That's just what I did. Kai made the rhythm and I used that same vibe from "Maiden Voyage" to blend it in together and gave it more of a house groove. Everybody approaches it differently. Even with artists like Moodymann and the chords people are using or sampling from the MPC — those emotional chords are all jazz and fusion chords. The swing, the filters, they all come from each other, from hip-hop to house to jazz. I think they're all tied-in together. That's my approach: I'm jamming. Some people loop stuff around, and keep looping. But when I play on a track, I play it like a jazz track, all the way through without making changes. I think that's what put me in a certain lane and it kind of stands out.

Do you still play with live musicians a lot?

Yeah. I still have bands in Atlanta that I play with, people in Chicago I know, here in Birmingham. I like playing with bands. I don't know what it is. Sometimes it could be a jam session and afterwards I can go back and create a track off just vibing with band members. So it is an influence, I love doing it. The musicians that I jam with are not that well known. There's only one whose name may be recognizable — Rasheeda Ali, she's done work with different jazz musicians and gone overseas. Otherwise, people I jam with are like...how do I explain this? It's kind of like we just do it for the love. They're not people in the game or work in music, they're just friends and people who get together and play. I am, right now, working on getting at least a three-piece band together. Because currently I am working on a release for Brownswood, Gilles Petersen's label, and that is gonna be in the style of the "Chameleon." But I also do play live in clubs: DJing and playing live at the same time. Like "Aquarian Voyage." I have a Moog synthesizer that I play right on the side of me. That's what I have been doing overseas. Kind of like a Patrick Adams-type of vibe.

Who else would you say has made an impression on you in the world where jazz and house meet?

Theo inspired me on... I can't really even say what perspective. As I said, it was really late when I got introduced to house music. When Kai mentioned the High Life release, and said "Theo Parrish, Sound Signature," I was just like "OK" cause I didn't know who he was. That was my introduction. Some house DJs I see, they have to play house non-stop — if they switch up, they can't do that, especially if they've got a huge crowd who just want their dance tempo, if you get what I'm saying. Theo, though, started just playing straight-ahead jazz, and the crowd, all young people, was going crazy. I never saw nothing like that. And then he went on to play fusion, then more house, he was just playing all over the place. The thing about Theo is he takes chances, he don't care. That's what I like, that's what motivates me.

So what else do you have coming up?

I've been doing something with Alexander Nut and Eglo Records. I been working on some stuff with Funkineven, and given it to him. But my motivation has been coming from Kyle Hall and them. They've been motivating me to start my own label; so I've just been working on my own music, preparing myself to start a label somewhere in the future.

Are you going to base it out of Birmingham?

Yeah, I think so. I'm kind of weird. I like it here cause it's slow. I'm down for the fast-pace, but it gives me room, it's chill and it gives me more time to focus. When I am in other places it's like everything's going on at once. Tons of shows, tons of people coming to shows, you can't help but leave the house all the time. I kind of like being centered and focused so I'll say yeah Birmingham, I'm gonna stay here.