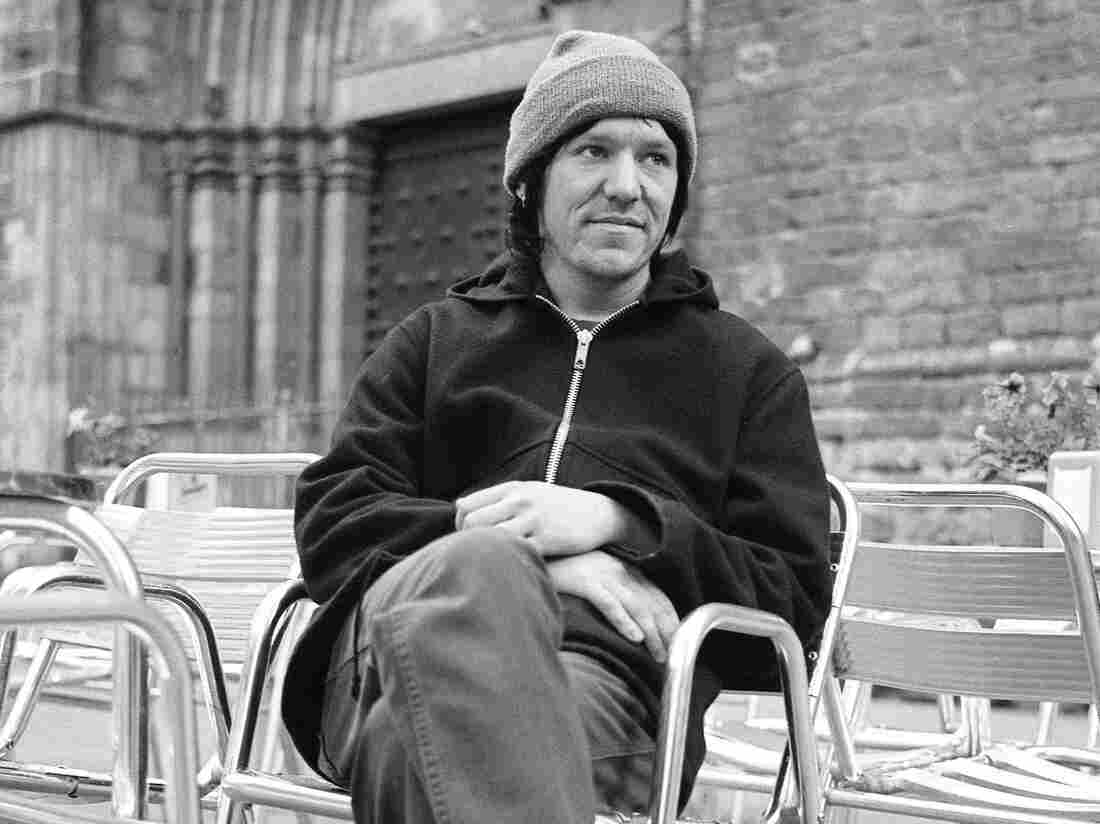 Elliott Smith relaxing at an outdoor cafe in early 1998, while on tour for the album Either/Or. Dave Tonge/Getty Images hide caption 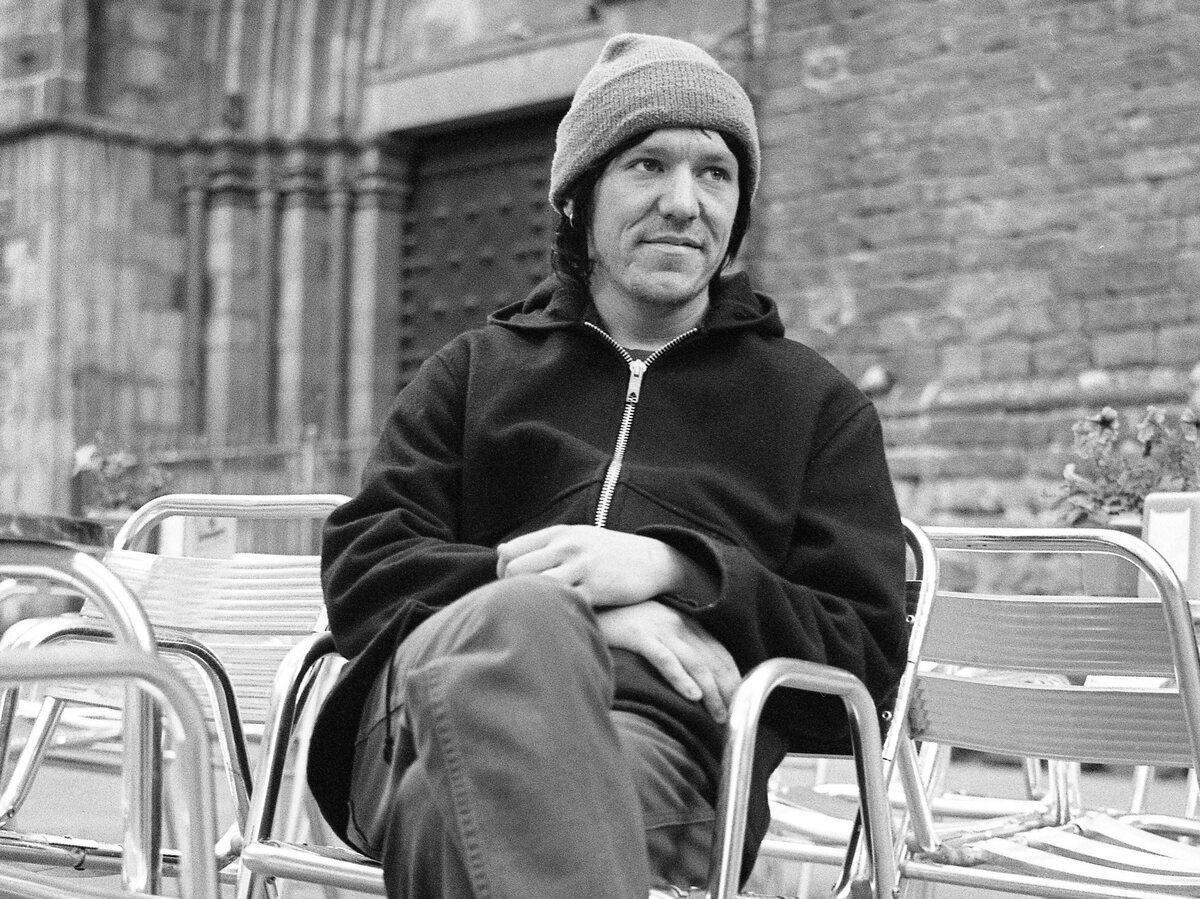 Elliott Smith relaxing at an outdoor cafe in early 1998, while on tour for the album Either/Or.

This year marks the 20th anniversary of what many consider Elliott Smith's best album, Either/Or. To mark the occasion, Kill Rock Stars is releasing an expanded version of the late singer's record, with remastered versions of the original songs, live recordings and previously unreleased bonus tracks.

On this week's All Songs Considered +1 podcast, I talk with Smith's longtime friend, engineer and archivist for Smith's estate, Larry Crane. He's the one who put together the deluxe version of Either/Or. Through the course of our conversation, he shared a lot of personal memories about Smith, about his warmth and playful sense of humor, his feverish work pace and what it was like to be in the studio together. You can hear the full interview with the link at the top of the page, or read edited highlights below.

"We would just be sitting around the studio laughing when we weren't recording ... then we'd go have drinks and we'd laugh and laugh. If he was here, he'd be making jokes and laughing. I mean, he used to run around playing the guitar and singing 'Autumn Almanac' by the Kinks: 'Yes, yes yes, it's my autumn alman-yack!' And he did the 'yack' part really exaggerated and he thought it was hilarious. I think that's really indicative of ... a very rounded person delivering the lyrics and the music and the art. I mean I think of people like John Lennon, you can think of humor in his songs, you can think of just love in his songs, you can think of all these different feelings, and there's a wider scope of humanity than represented just like, you know, 'Baby, I love you, let's dance.' And I think Elliott had that. You feel that it's not just one narrow view of life."

On Larry's decision to remaster, but not remix the original songs

"I went and experimented with remixing things and you know it just seemed so wrong. It's like the wrong thing to do. I did a remix of 'Between The Bars' a couple of years ago just for my own curiosity and I was able to make it sound cleaner. It has a kind of a fuzziness to it or something on the record, and it'll always will be there probably. I was able to go to the multi-tracks and kind of bring out a little brighter guitar and open up some sounds ... [but] that's not always necessarily the better thing here emotionally."

"I don't have the final say on what exists on a bonus disc or anything like this. It's down to [Elliott Smith's] parents, actually. And they kind of control that sort of business. I can suggest things. I'm on good terms with them and I'm on good terms with the people at Kill Rock Stars. One idea was trying to find the most songs that nobody had ever heard. There are some things in the vaults. I'm not saying that they're the best songs in the world, most of them don't hold a candle to Either/Or itself. [They] could be a nice thing for fans, but it was a little ragtag and sonically it was kind of all over the map. I don't think [they] really impressed anyone."

"[Elliott's] mother, Bunny said, 'You know one thing I miss is hearing the little rustling and the sound of him in the room.' You know, before or after a song and she's like, 'Those cues made me feel like he was alive.' And so I went to mix 'I Figured You Out': I mixed this song about years ago just so we'd have a decent version in case it ever was able to be used. And when I heard that stuff at the beginning, I really liked that because I used to see that in person."

"Elliott was always moving forward and moving forward with writing songs and recording them. That was his reason to live, and I always think about it. You know [the deluxe version] would have had to have happened at some point in his career if he was still with us right now. We'd probably be [planning] a little retrospective thing. There's so many songs and even when he was working on [his last record] From A Basement On The Hill, he was coming back to some of these songs from this era and you find him reworking the music with different words and stuff. So he was always recycling ideas. I don't think he would have been one to be sentimental about his own work."