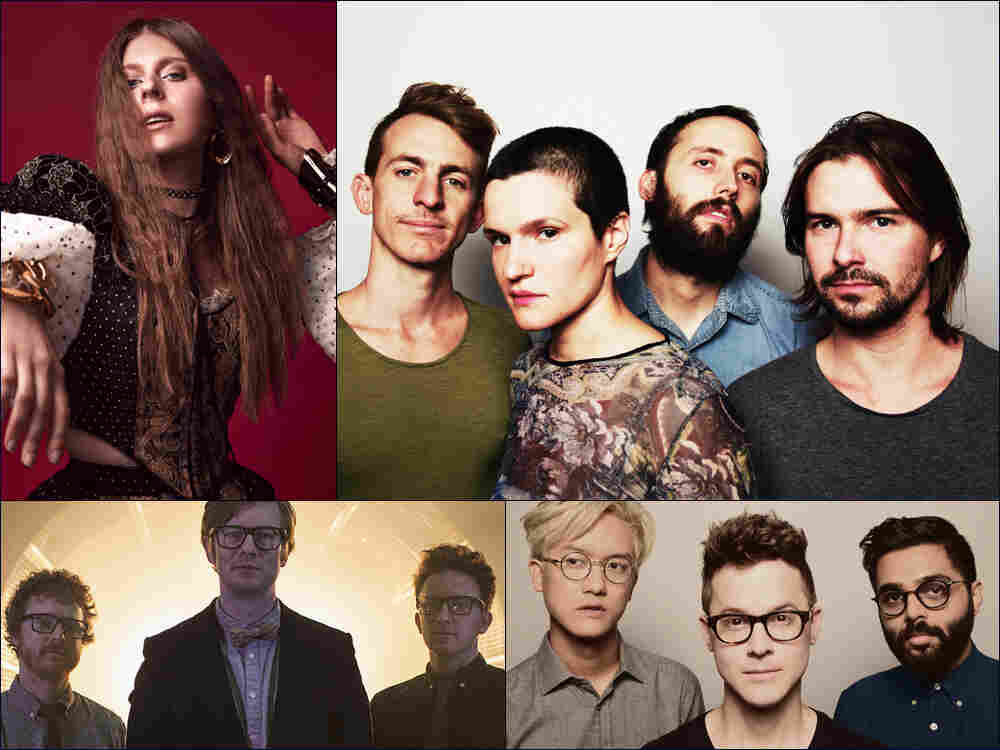 We open this week's show with Elf Power, one of my favorite bands from the Elephant 6 collective (which also counts among its members Neutral Milk Hotel, Olivia Tremor Control and many more). Later this spring the band will release its sixteenth full-length album, a collection of sometimes exuberant, sometimes wistful lo-fi rock cuts with lots of fuzz and Andrew Rieger's idiosyncratic voice at the front of it all.

Bob Boilen follows that up with a new song from one of his own favorite bands, Big Thief. Later this year, the Brooklyn-based group will release the followup to its amazing (and appropriately titled) debut album from 2016, Masterpiece. Lead singer and guitarist Adrianne Lenker joins us as well, to share the emotional story behind this first single, "Mythological Beauty."

Also on the show: Walter Martin of The Walkmen reaches out to The National's Matt Berninger for some singing advice; Canadian singer and composer Lydia Ainsworth draws on her formal music training for some captivating, cinematic pop; Public Service Broadcasting, known for its instrumental songs that feature audio clips from propaganda films, stretches its sound on its latest album to include a singer; the duo known as Diet Cig prepares to release one of the year's most joyfully frenetic pop-punk records; and composer Ryan Lott releases a chilling, mind-bending score, performed by Son Lux, for the film Mean Dreams.

Oh, yeah — our intern, A Noah Harrison, also joins us as he enters the home stretch of his time with the All Songs team to share one of his own favorite new discoveries — singer, photographer and autoharp strummer Scout Paré-Phillips. -- Robin Hilton 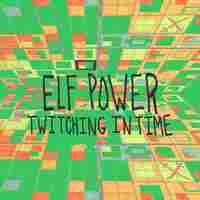 Athens, Ga.-based Elf Power is part of the storied Elephant Six collective, which also includes among its membrs Neutral Milk Hotel and The Olivia Tremor Control. Elf Power's sixteenth full-length, due out May 12, includes the reflective "Watery Shreds," a song, in part, about aging and the power of memories. 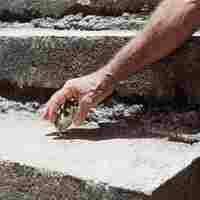 We premiere "Mythological Beauty," a new song from Big Thief, and have a conversation with principal songwriter Adrianne Lenker about memories with her mom, the older brother she may never know, and feeling the strength of working with what feels like a true band for the first time. "Mythological Beauty" will have its physical release on Record Store Day, April 22. 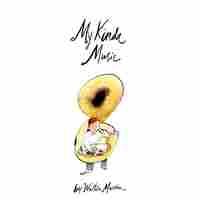 Believe it or not, Walter Martin of The Walkmen thinks he can't sing. On this good-natured romp, we learn that Martin first tried to rope in Randy Newman for singing advice, but Newman never got back to him. So he reached out to Matt Berninger of The National for some voice counseling instead — and then made a song about it. "Hey Matt" is on Martin's upcoming solo album My Kinda Music, out May 5 on Family Jukebox. 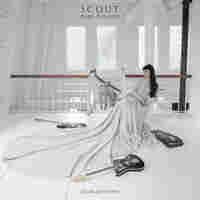 Brooklyn-based Scout Paré-Phillips opens her heart wide in this gothic country tune, "Door Left Open," as she sings of her conflicted emotions toward a lover. The multi-instrumentalist takes a novel approach to songwriting — wailing operatically over autoharp, strings and rock drums — but keeps the mix steeped in folk traditions. Her sophomore album, Door Left Open, is out now on Dais Records. 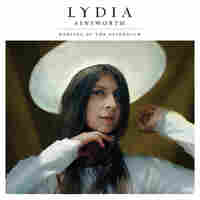 Canadian singer and composer Lydia Ainsworth says "WLCM" is the final song she wrote for her new album Darling Of The Afterglow. "The night before writing the song I had a dream about my late grandfather, who passed away about 15 years ago," she tells us in an email. "He loved poetry and would teach me all his favorites when I was a kid. We would recite them by heart together. The lyrics are about that dream I had. I think they must have been subconsciously inspired by his favourite Robert Burns poem — the famous 'My love is like a red, red rose.'" 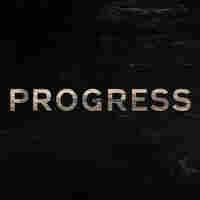 English duo Public Service Broadcasting employ found sound from old propaganda films, set against an infectious vocal hook by Camera Oscura's Tracyanne Campbell, to tell the story of industrial decline in South Wales. In it, coal becomes a larger metaphor for the greed reflected in the "resurgence of a particularly malignant, cynical and calculating brand of politics," says member J. Willgoose, Esq. The Tiny Desk alum's third album, Every Valley, comes out July 7 on Play It Again Sam. 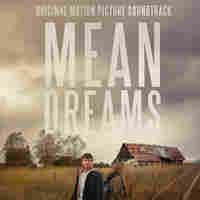 Composer Ryan Lott, who fronts the band Son Lux, created a monstrous score for the film Mean Dreams. Within "The Drowning Trough," he and the other members of the band bend instruments like the relatively rare cristal baschet, violins and pump organ sounds beyond recognition.

In this song of young lust, Alex Luciano of the duo Diet Cig tells us the story of when she dated a boy with her own name and the subsequent weirdness of "moaning my own name" while having sex. The track appears on Diet Cig's full-length debut, Swear I'm Good At This. It's not out until Friday, April 7, but you can hear the full album in our First Listen series right now.