Accessibility links
Daddy Issues Confronts Deep Trauma With Sharp, Languid Rock On 'I'm Not' : All Songs Considered On "I'm Not," Daddy Issues deals with a deep personal trauma through a languid take on pop, rock and punk. 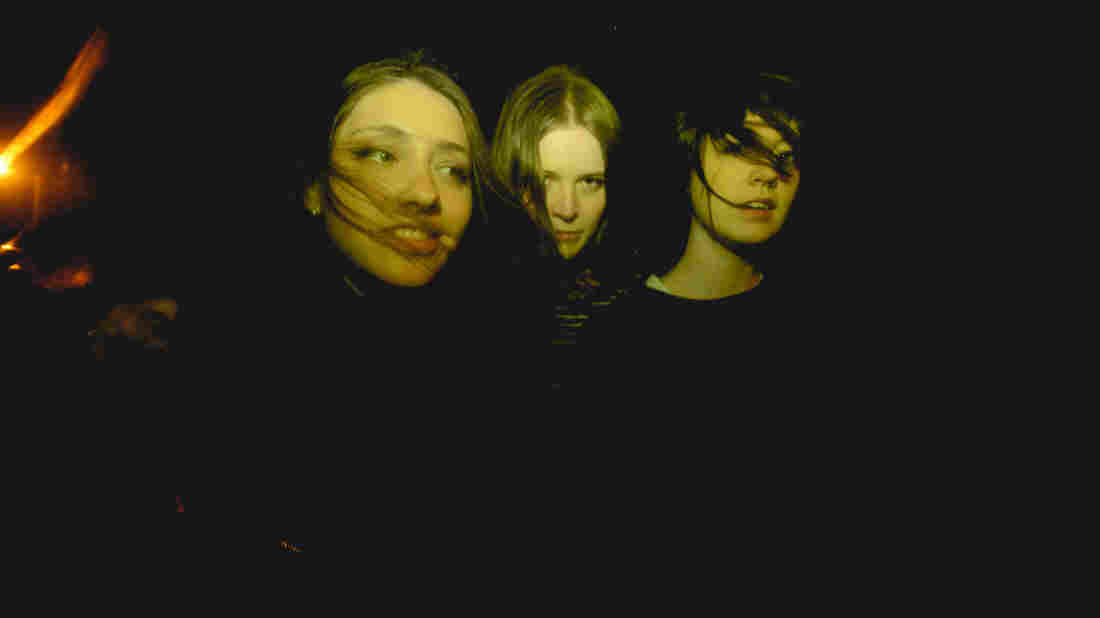 Three years ago, singer and guitarist Jenna Moynihan saw the words "Daddy Issues" written on the wall at a Nashville DIY venue and assumed — with what seems like utterly charming feminist optimism — that it was the name of an all-girl punk group. Sadly, it wasn't; fortunately, Moynihan chose to recruit some friends to take up the moniker themselves. The resulting trio — which also includes drummer Emily Maxwell and bassist Jenna Mitchell — makes stormy, grungey pop that can be charming and trenchant in equal measure. Moynihan sings about love, sex and sleazy exes so unwaveringly you can almost feel her direct eye contact.

Some of the band's songs have a disillusioned or ironic tone, but they rarely feel callow; often the resentment feels deeply intimate, as if it's coming straight from a raw nerve. "I'm Not," the latest single from the band's forthcoming debut album Deep Dream, is one such piece. Over fuzzed-out guitars and an insistent rhythm section, it deals with the long-lasting impacts of sexual assault and abuse.

In an email to NPR Music, the band explains the song was written from a very personal place. "As a survivor of childhood sexual abuse, I spent a long time going through every reason why it had to have been my fault, until I finally started to come to grips with the fact that it wasn't, which wasn't until very recently," Maxwell says. "I'm Not," she says, is about the unique pain of feeling like your trauma is ignored, and of watching people treat an abuser as "a good and kind person [who] should be allowed to continue on with their pleasant and perfect world." The band hopes "I'm Not" can signal solidarity to women who have had similar experiences, and ease the feelings of isolation those experiences can bring.

Deep Dream is out May 19 via Infinity Cat.