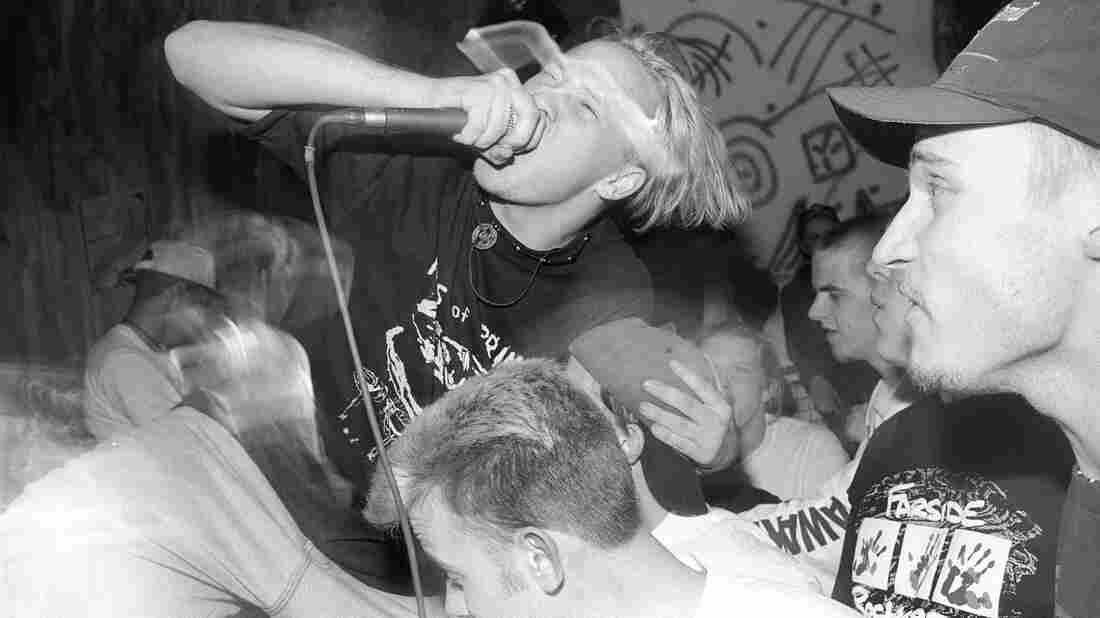 Battery back in the day, from the traveling photography exhibit "Still Screaming." Mark Beemer/Courtesy of the artist hide caption 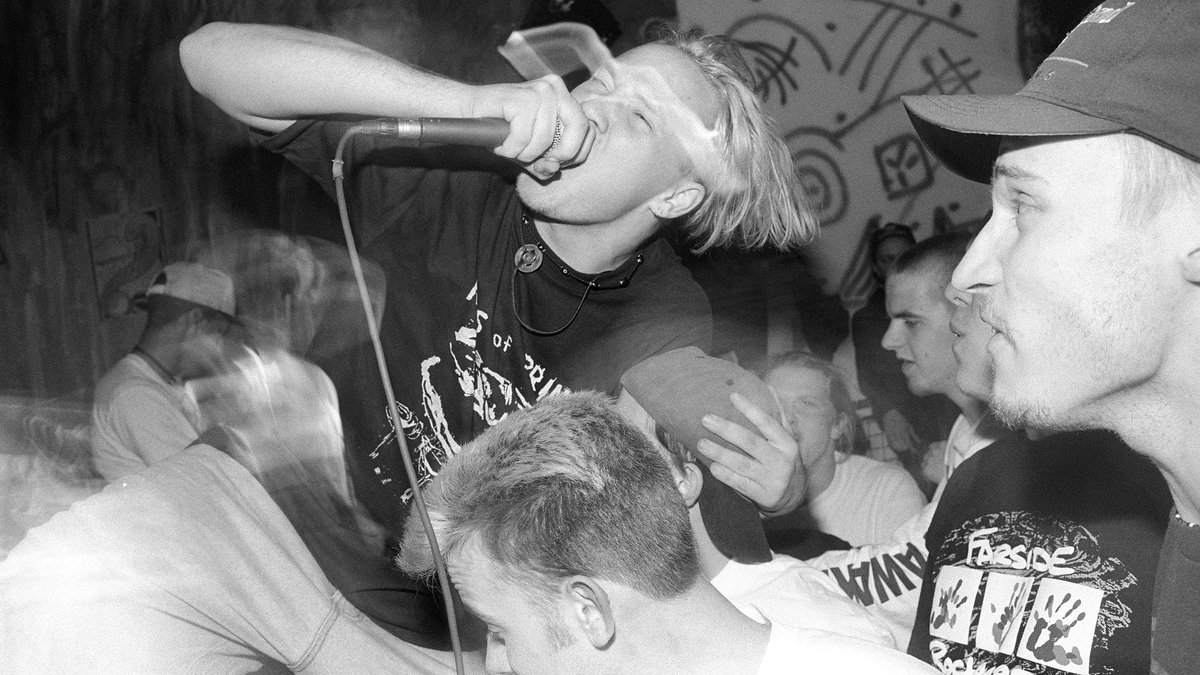 Battery back in the day, from the traveling photography exhibit "Still Screaming."

Mark Beemer/Courtesy of the artist

The history of '80s D.C. hardcore is extremely well documented; its importance doesn't need to be boot-stomped into the ground anymore. The '90s, less so, as the scene and Dischord Records, in particular, moved onto more melodic and angular ventures (see: Jawbox, Fugazi, Lungfish). But there were still those who held the torch for fast and unruly hardcore, and few ran with it as maniacally as Battery.

Venerated hardcore label Revelation just released For The Rejected By The Rejected, a compilation that spans Battery's catalog. But today, ahead of its reunion at Damaged City Fest, the band premieres its first song in 20 years. The emotionally wrought "My Last Breath" feels like a lifetime packed into three minutes of desperate, furious hardcore. Vocalist Brian McTernan confronts his youth spent in a mental hospital as a teenager and how friends helped to lift him out of depression. "I have no memories of growing up, only of falling apart / Without you helping me to get through," he yells. It's ultimately a love song to McTernan's daughter, a promise to be a better person now that his heart is full.

Proceeds from this new song and the compilation are being directed to the Baltimore Center for Infant and Child Loss. "In 2013, two close friends of the band, Mike 'Phyte' Mowery and Paul Leavitt (who recorded the new song), had their children die," drummer Jason Hamacher tells NPR. "Mowery lost his son, Leo, during delivery and Paul's son, Casey, was found dead in his crib on July 5, 2013. Words cannot express the feeling of holding your best friend's dead child. Leo and Casey's deaths scarred us for life and we wanted to help other grieving families and friends navigate something so devastating. For me, that's the essence of hardcore."

Hamacher, who also played in Frodus and documented Armenian chants, continues: "It was surreal to sit down with Ken [Olden] and Brian [McTernan] and write this song. It's been 20 years since Battery wrote new music and we weren't sure how it would come together. When Brian sent me his first take of the vocals, I was crying by the end of the song. For me, that raw emotion has kept our music feeling honest all these years later. Most of the songs dealt with intense personal struggle from youth rage to depression and now the fears and hopes of adult life."

Guitarist Ken Olden adds, "It felt great to write a Battery song after so many years. Like all the Battery members, I've stayed active writing, performing and producing, so in some ways I'm a more disciplined writer now. It's been amazing to work with Brian, Jason, Mike and Graham again. It's like nobody has changed, but everyone became better musicians."