Todd Rundgren On Technology, Creativity And His New Song With Trent Reznor

Todd Rundgren On Technology, Creativity And His New Song With Trent Reznor

A Conversation With Todd Rundgren

A Conversation With Todd Rundgren

Today on All Songs Considered, a conversation with Todd Rundgren — who has been recording music for almost 50 years! His first recordings came in 1968 with his band Nazz, before he began making his own groundbreaking pop albums. Those early solo albums — especially Something/Anything, A Wizard, A True Star — always stretched the boundaries of what a solo artist can do with the technology of the day. He was also — and primarily, in terms of employment, he told me — a lucrative and creative producer for Badfinger, Grand Funk Railroad, The Band, The New York Dolls, Hall & Oates, Sparks, Meatloaf, XTC... the list is quite long. 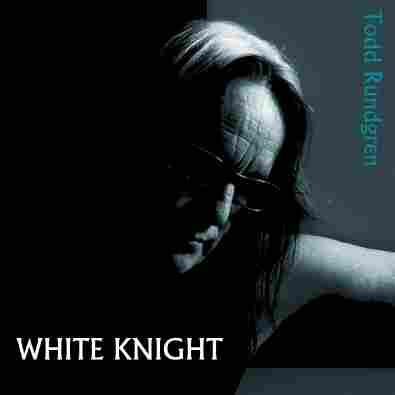 The cover of Todd Rundgren's White Knight. Courtesy of the artist hide caption

At 68 and living on the Hawaiian island of Kauai, Rundgren continues to have fun with music. It's the long distance collaborations with Robyn, Daryl Hall, Bettye Lavette, Dam Funk, Joe Walsh, Donald Fagen and Trent Reznor in particular that had me listening again. The song "Deaf Ears," which he constructed with the Oscar-winning pair of Reznor and his partner Atticus Ross, is taken from White Knight, his latest album. I was immediately intrigued.

Today we premiere that song, the video Todd made for "Deaf Ears" and my conversation with this famously intelligent and well-spoken artists about that collaboration, how technology's evolution has affected creativity, our current dark age and living in Hawaii.

On the ecological themes of his song "Deaf Ears," with Trent Reznor & Atticus Ross:

It's a depressing time, so sometimes depressing times call for confrontational material. Facing up to reality is a pain. And it does have a contemporary element, especially as the EPA has been taken over by disbelievers. The principal theme for me of "Deaf Ears" is, of course, the destruction we're doing to our own habitat.

On living on the island of Kauai since the 1990's

A big aspect of the of the Hawaiian lifestyle is to be consciously aware of and appreciative of all of the blessings that you have here in terms of the terrific weather and the ocean and the sky and the fruits that grow on the trees and all of that. It behooves you to remain conscious of the boon that you're taking advantage of. Part of why I like it here is that you are barefoot from day to day. I get up every morning and I see the ocean, you know, and I see the hills, and I'm constantly reminded of what essentially is our birthplace. You just have a different relationship to nature out here.

On the process of working with Trent Reznor and Atticus Ross:

I've done a little bit of work with Trent Reznor before, so when I decided that I was going to do a collaborative record, he was high on my list of people to get involved. And he was terrific. He sent me essentially an entire album's worth of ideas. I couldn't decide at first, so I picked out two tunes, and he sent me all the multitracks to those. So I added vocals and a couple of other little flourishes, but otherwise, it was mostly what Trent and his partner Atticus Ross sent me.

On the modern convenience of file sharing and how it's evolved:

I recall being stopped in Heathrow Airport and taken into a little room because I was attempting to transport a 24-track tape to a friend of mine to do some work on it. And that was the way we transferred sound around in those days, with a box with about 20 pounds of tape in it. This kind of collaboration actually has not been practical until recently when we've got these file sharing services like Dropbox and Hightail where you can take very large chunks of data and leave them for someone to pick up. Even though this would have been technically possible, let's say 10 or 15 years ago — a lot of people were still using dial up modems at that point, you know, at 14,000 baud. I don't know how long it would take to download what essentially can be several gigabytes of material, so it's become much more of an unremarkable thing nowadays for musicians to collaborate and be able to share their entire projects with each other across the globe.

On the differences of working with digital audio:

You could almost look at it as the difference between sculpting stone and sculpting clay. When you sculpt in stone, once you've chipped something off it's gone. It's fixed, nothing you can do to repair that. If you're sculpting with clay, you can take some clay away or add some more clay, reshape it until it's set. And it's still sculpture in the same way that it's still music. One form of music doesn't allow a lot of flexibility. But then again, there are other approaches that allow you almost the ultimate flexibility, and it's your obligation to decide when it's done.

On why he could afford to take risks with his early records:

I never had planned to be a solo musician so much as just a guy who made records as a hobby and made a living producing records for other people. So I stopped caring what people thought about my records very early on. I didn't have to care. I already was making a living producing records for The Band and Badfinger and Grand Funk Railroad and stuff like that, and making a handsome living at it. Why should I care how successful my own records were? But that gave me the freedom to go places musically that a lot of other people may not have bothered to go.