Accessibility links
The Line Between Love (Songs) And Horror Just Got Even Blurrier : All Songs Considered The Police's "Every Breath You Take" was already a pretty creepy song. Now, it and many other love songs have been re-envisioned as the covers of Stephen King-style horror paperbacks. 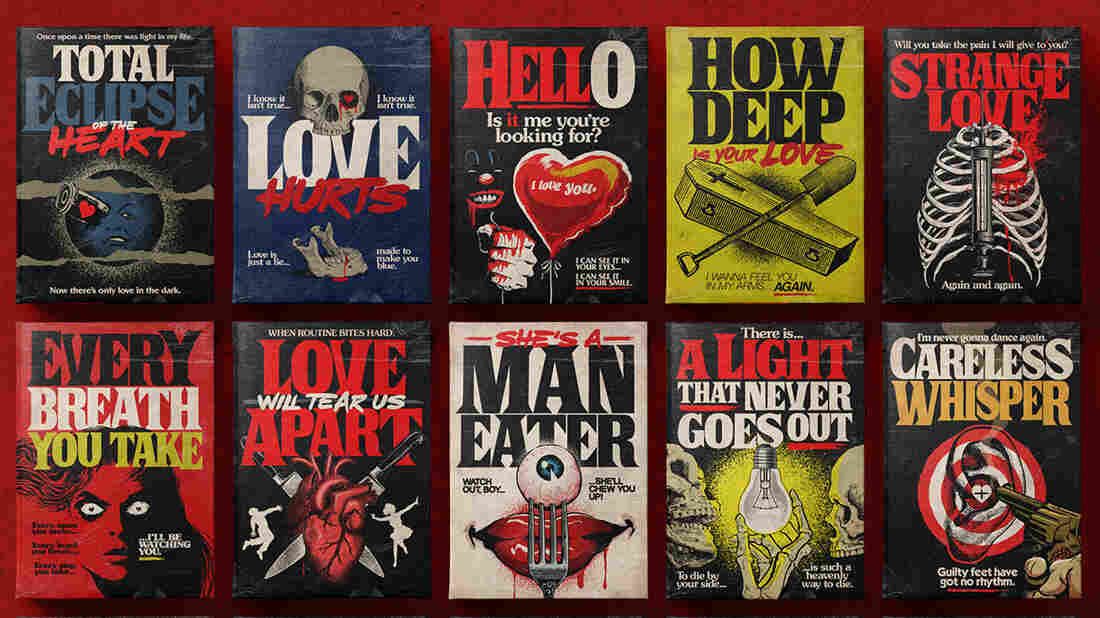 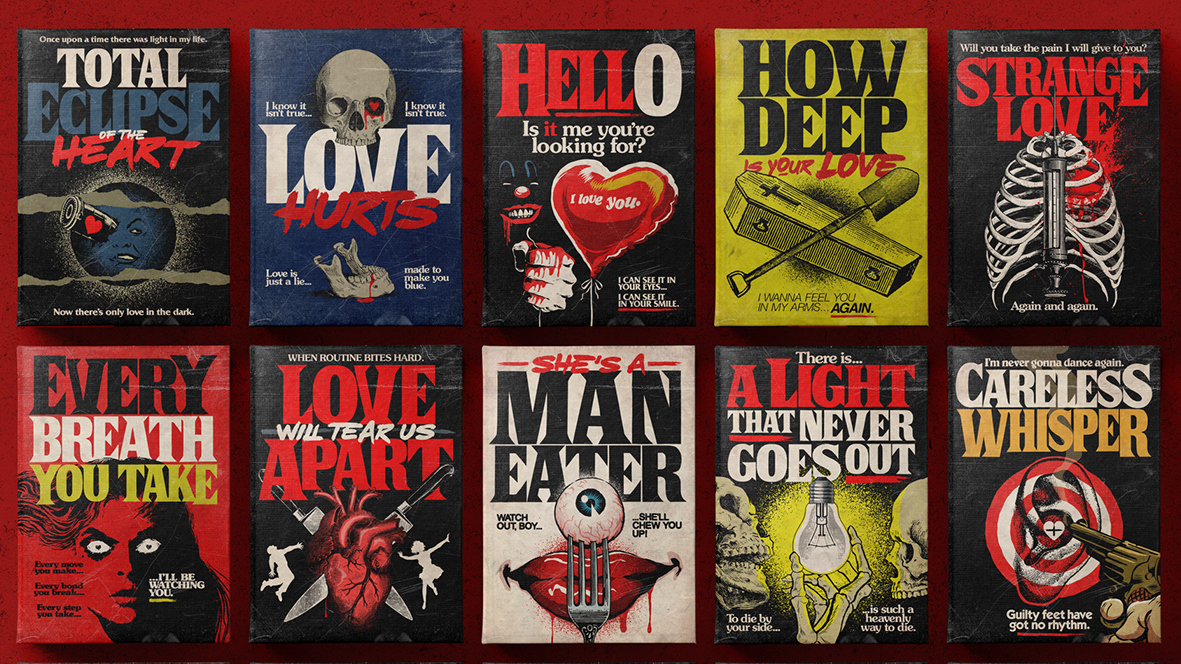 A sampling of Butcher Billy's genius.

The Police's "Every Breath You Take" was already a pretty creepy song. So it's only natural, what with the Internet thinking of basically everything, that some genius would render it — and many other far more benign love songs, like Lionel Richie's "Hello" and Paul Young's "Everytime You Go Away" — as the cover of a Stephen King-style horror paperback.

Really, you owe it to yourself to immediately visit the Instagram feed of Butcher Billy, the Brazilian artist who created the series he calls "Stephen King's Stranger Love Songs." (He's been at this for some time, actually — a previous series amalgamated comic book characters and pictures of musicians, like Ian Curtis and Batman.) The whole thing is glorious, both as a design project and as a running commentary about how creepy love songs can be.

So far, Butcher Billy has stuck mostly to songs from the early '80s and late '70s, which makes sense: Among other things, his project works as a marvelous companion piece to the partially King-inspired Netflix series Stranger Things, which is set in 1983. But it's an idea versatile enough for any era, right up through Ed Sheeran's currently inescapable "Shape Of You," with its inevitable book-jacket subtitle, "I'm In Love With Your Body."