Accessibility links
'Sgt. Pepper's' Becomes A 'Star Wars' Parody In Comical New Album : All Songs Considered The farce is strong with this one. 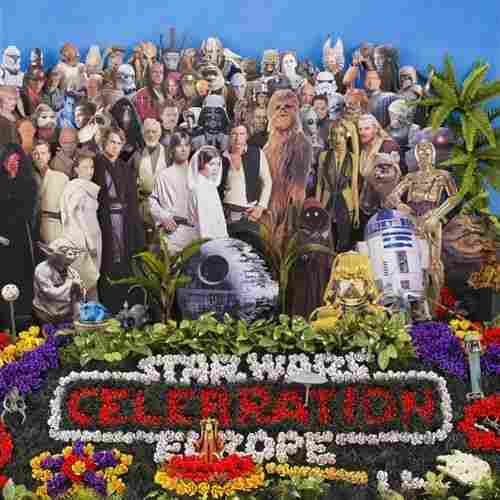 A Bay Area covers band has pulled off the kind of comical mashup that Internet was made for.

The duo known as Palette-Swap Ninja found a way to tell the story of Star Wars with the music of The Beatles' Sgt. Pepper's Lonely Hearts Club Band.

They're calling it Princess Leia's Stolen Death Star Plans. Imagine the opening title cut to the album with these words, "It was many years ago today, in a galaxy so far away," and you'll get the idea.

In announcing the project on their website, singer Dan Amrich and keyboardist Jude Kelley say they've done lots of parodies before, but nothing this ambitious. "This whole project comes from a place of deep love and respect, so we had to take the time to do it justice. The final album needed to be high quality, accurate, and entertaining on repeat listenings. Once we settled on merging A New Hope with Sgt. Pepper's, we completely committed ourselves to turning these two sacred cows into the ultimate double cheeseburger."

Watch the entire visual album below.