Accessibility links
Hear The Beatles' First Take Of 'Lucy In The Sky With Diamonds' : All Songs Considered On the cusp of Sgt. Pepper's Lonely Hearts Club Band's 50th birthday, hear the first take The Beatles recorded of a legendary song. 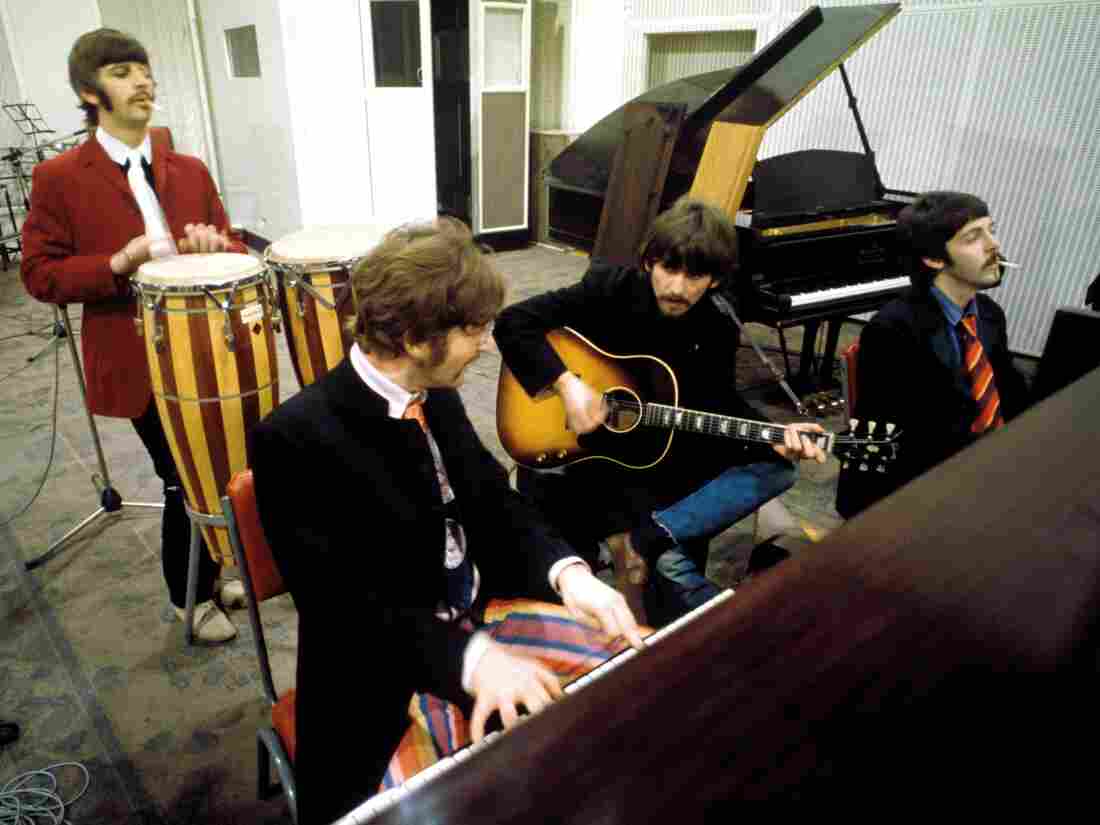 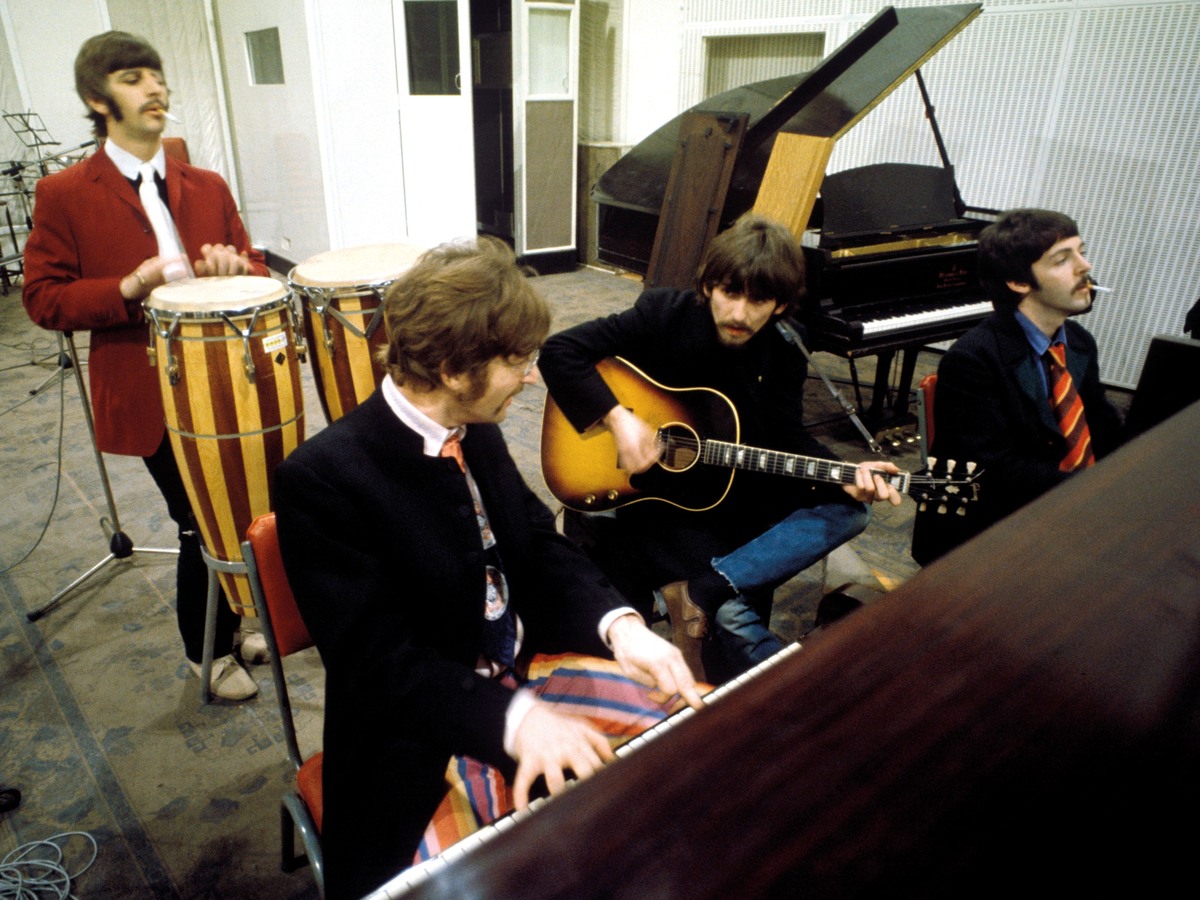 The Beatles during the Sgt. Pepper's Lonely Hearts Club Band sessions in 1967.

On February 28, 1967, The Beatles were in Abbey Road Studios in London working on a new song, "Lucy in the Sky with Diamonds." Today we're premiering "take one," the first attempt The Beatles made at recording it.

For me, a teen back then, the dreamy sound of this song was like nothing I'd ever heard. With the "Summer of Love," the hippie movement and drug-infused art and culture exploding, it didn't take much imagination (induced or not) to hear the words "picture yourself on a boat on a river, with tangerine trees and marmalade skies" as referencing the drug experience. And then, of course, the acronym easily spotted within the song's title — "Lucy, Sky Diamonds" — though it wasn't about that. The song contained more innocence than the revelations of an acid-induced dream might. 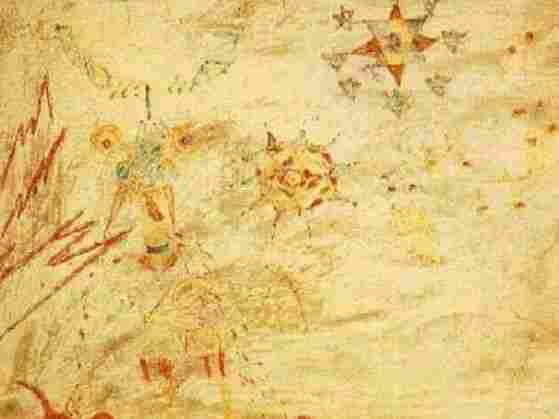 A painting by Julian Lennon of "Lucy in the sky with diamonds" that would inspire his dad to write a song. Courtesy of the Artist hide caption 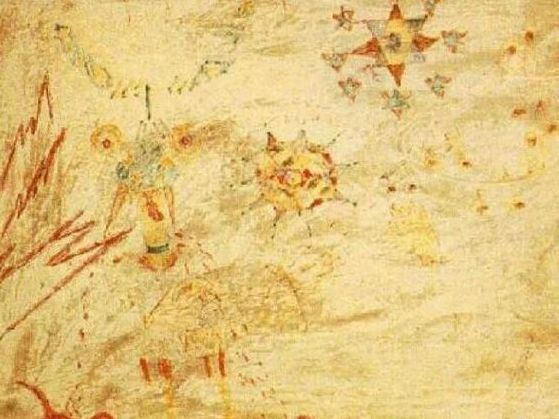 A painting by Julian Lennon of "Lucy in the sky with diamonds" that would inspire his dad to write a song.

The lyrics of "Lucy," written by John Lennon, were inspired, the well-known story goes, by a painting his three-year-old son Julian had made of one of his classmates, Lucy O'Donnell. When John asked about the drawing, Julian said it was "Lucy in the sky with diamonds." Lennon had already begun shifting his lyrical approach, from the "I love her and you love me" sorts of songs of the early Beatles to the type of writing he'd been putting into his books, In His Own Write and A Spaniard In The Works. The turn was at least partially inspired by the way Bob Dylan played with words, coupled with Lennon's desire to be Lewis Carroll, with his love for Jabberwocky and Alice's Adventures In Wonderland. That evolution started with The Beatles' 1965 album Rubber Soul, but clearly took on a new dimension with Sgt. Pepper's Lonely Hearts Club Band — and particularly "Lucy in the Sky with Diamonds."

They worked on the song over four days; rehearsing it, laying down instrumental backing, adding a piano at one point from producer George Martin.

What you hear on this first attempt is a version lacking the vocals from that famous chorus; John is singing lead and Paul McCartney is at a Lowrey organ, combining numerous presets, including harpsichord, vibraharp and music box, to make that infamous opening sound. You hear, in the bits of backgrounded conversation, a true collaboration, a bit of magic unfolding. It's thrilling to hear. (There's a lot more of that in the 50th Anniversary Edition of Sgt. Pepper.)

Next Tuesday (May 23), I'll be sharing a conversation I had with Giles Martin, son of George. He's just remixed the album, which may seem to be a project that falls somewhere between the questions 'why do that?' and 'how dare you?' But, as Giles will explain and demonstrate to us by comparing the hastily done stereo mix we have come to know, from 1967, and the mono mixes George Martin and The Beatles spent weeks on (which nearly no one seems to listens to), there was good reason to undertake this project.

You can subscribe to the All Songs Considered podcast to hear the interview — a splendid time is guaranteed for all.