Accessibility links
Kendrick Lamar Takes His 'Mask Off' On New Future Remix : All Songs Considered When a remix challenges rap's preconceived notions with a collaboration between the conscious king and the trap star, what more can you ask for? 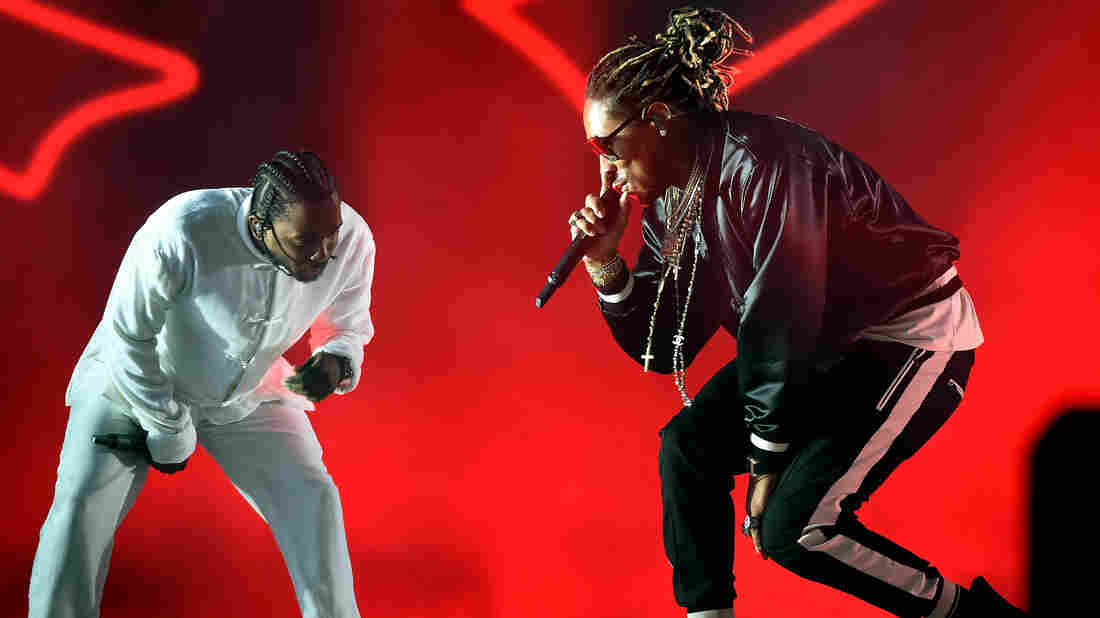 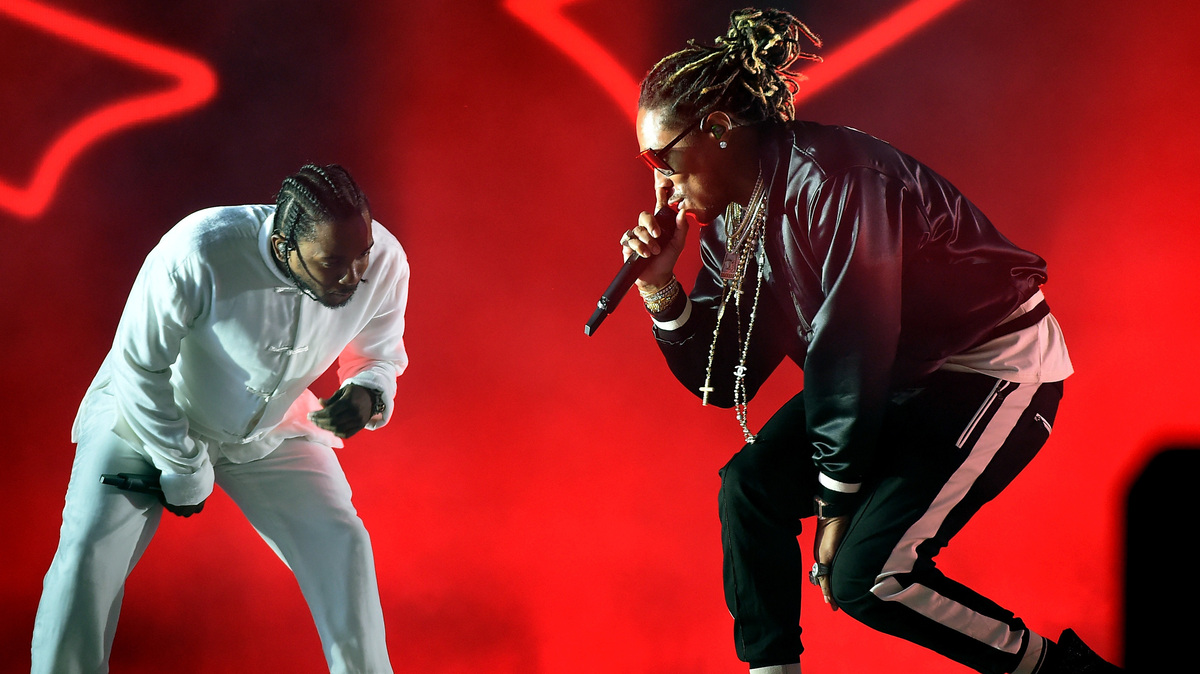 Future joined Kendrick Lamar on the Coachella stage in April.

The only thing bigger than a classic beef in hip-hop is a monumental collabo. And when Kendrick Lamar, the artist with the biggest selling album of the year (DAMN.), hooks up with Future, the artist responsible for making history in 2017 with back-to-back No. 1 albums (FUTURE, HNDRXX), it's bound to be the best of both worlds. That's exactly what happens on a newly released remix of Future's runaway hit "Mask Off," featuring an inspired verse from Lamar.

The pairing is not their first, but here's what makes it so compelling and dope.

Kendrick Lamar and Future are largely emblematic of contemporary mainstream rap's two perceived extremes — the conscious vs. the trapped-out. Or, more specifically, the lyrical miracle Lamar vs. the hypnotic melodic Future. In March 2015, when Lamar released his cerebral funk-jazz opus To Pimp a Butterfly to overwhelming critical buzz, Future was in the middle of a Percocet-and-lean-fueled mixtape run that had the streets in a stranglehold and culminated in the July 2015 release of DS2, a major-label album compiled from a string of Future's latest-and-greatest street hits. Lamar has since collected multiple Grammy Awards, while Future has yet to receive even a nomination for his solo works.

The assumption that each artist occupies opposing corners of the universe, where never the twain shall meet, is old-school logic. Lamar intentionally blurs those lines in an inspired verse that plays up the irony.

It's enough to make you do a double-take. As the poet Paul Laurence Dunbar once wrote: "We wear the mask that grins and lies."