Accessibility links
An Interview With Author Ben Westhoff On The Enduring Legacy of Tupak Shakur : All Songs Considered NPR Music hip-hop reporter Rodney Carmichael talks with Ben Westhoff, author of Original Gangstas, about the enduring legacy and influence of Tupac Shakur, more than 20 years after his death.

+1: Why We're Still Obsessed With Tupac

+1: Why We're Still Obsessed With Tupac 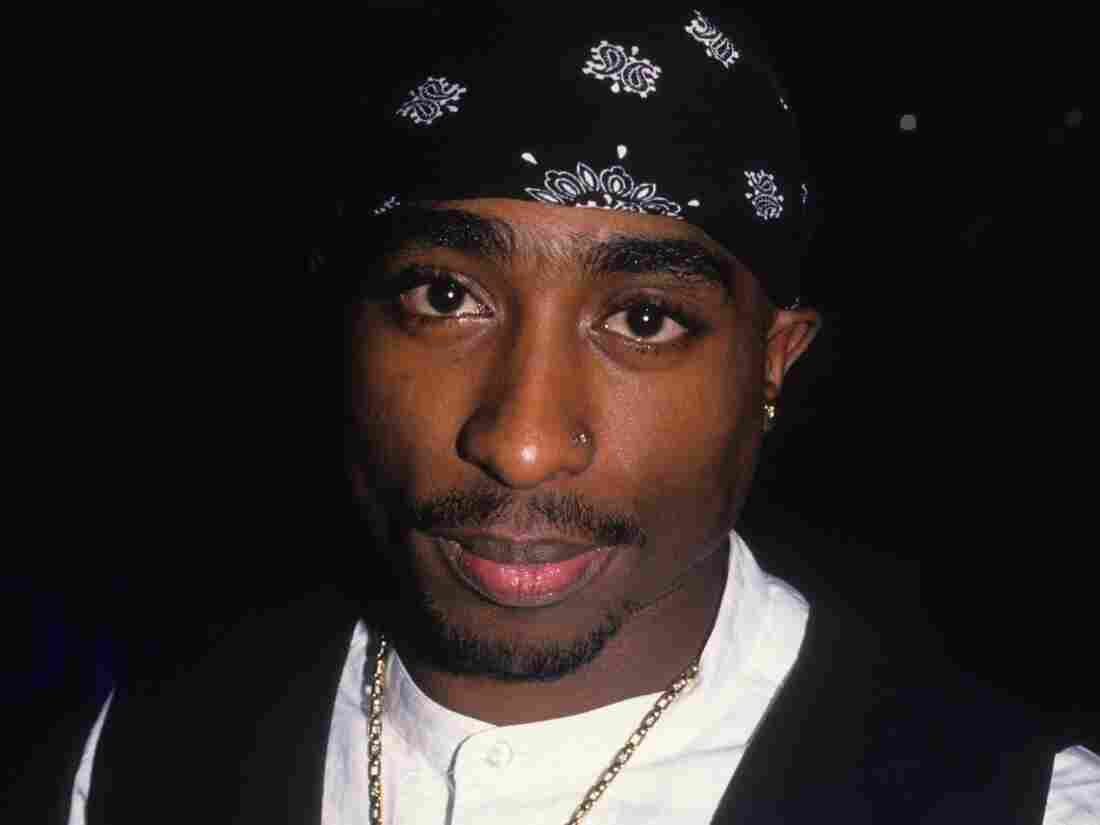 Two decades after his death, Tupac Shakur is still the headline-generating, record-selling, contentious figure that he was in life. From DJ Funkmaster Flex's recent tearful Tupac rant to the fresh diss tracks it generated in response, our obsession with the legend continues to grow. And it's bigger than hip-hop. All Eyez On Me, Shakur's long-awaited biopic, premieres June 16, a new Tupac documentary is also coming from director Steve McQueen (12 Years A Slave), and the USA Network has a fall series ("Unsolved") in the works that dramatizes the unsolved murders of Shakur and friend-turned-foe the Notorious B.I.G.

In advance of All Eyez On Me, I wanted to talk to friend and investigative reporter Ben Westhoff. He spent five years researching Shakur and the many theories surrounding his death for his book about the heyday of West Coast gangsta rap, Original Gangstas, now out in paperback.

You can hear the full interview with the play button at the top of the page or read edited highlights below.

Westhoff on why fans are still drawn to Tupac more than 20 years after his death:

"Tupac is the rare musician whose influence goes well beyond music even well beyond culture. He's sort of like a political prophet almost, in that people are so interested — not just in his songs but in the things he said the things he believed. People buy books of his poetry. People watch every scrap of video they can find of him and he was inspirational and he still is. You know, Tupac's popularity rivals that of any rapper who's still alive. He still sells and is just as listened to as when he was alive. And I think that has to do with his message, pure and simple. When you talk about the Black Lives Matter movement that's really come up in recent years, that was something Tupac really anticipated in his music and in his interviews. He was asking these questions that sound so obvious today, but at the time were a little bit shocking. Like, basically why is a black life not worth the same thing that a white life is? He spoke to oppression, spoke out on behalf of the oppressed. He was someone who spoke from the heart and he was unfiltered."

"Tupac still looms large over L.A.'s hip-hop scene. There's so many rappers who want to be Tupac or say they're the next Tupac. It's just a cliché at this point. And everything from Tupac's style to the sort of image that he projected. It's still very much in the mix.

"I think once I really got the opportunity to interview a lot of these legends like Ice-T, I got to interview Ice Cube and some of the smaller players, it all sort of leads to two pockets. It starts in Eazy-E's garage basically and leads to Ruthless Records, Eazy's label where Suge Knight got his start as a bodyguard for the rapper D.O.C. And then Suge Knight starts Death Row [Records] with Dr. Dre and then he and Dre kind of fall out. And Tupac is imported and sort of supplants Dre as the big star there. And so much happened in such a brief period of time. Death Row became the biggest label in the world. People like Jimmy Iovine got on the map and they were basically printing money. And Tupac's influence just grew greater and greater and then it all sort of exploded and the ripples are still being felt today."

"This is such a perplexing case and it's really frustrating. Right after Tupac was murdered there was speculation that Suge Knight probably had something to do with it. [He] was driving the BMW that night in 1996 in Las Vegas when Tupac was killed. But [Suge] almost got killed himself, so to me and to a lot of people that didn't pass the smell test right from the start. But there was this idea that Suge was going to profit off of all this unreleased Tupac music, that he was worried Tupac was getting ready to jump to another label, and so he had him killed for this reason, and that's a little hard for me to believe and a lot of other people feel the same way.

"Now the theory that has a lot of evidence is from the former L.A.P.D. investigator Greg Kading [who] worked on the Tupac case after the fact. He started in the mid 2000s and what his theory went on was the testimony of a guy called Keffe D, a South Side Crip from Compton. He was [also] the uncle of a guy named Orlando Anderson and that's who Keffe implicated in the actual shooting. [Keffe D] said that they were in Las Vegas for [a] Mike Tyson fight. The same reason Tupac was there. They had come from Compton. They didn't come with the intention of killing Tupac. But while they were there, Tupac attacked Orlando Anderson. Now this was caught on videotape at the MGM Grand Casino Hotel and Orlando Anderson left the premises. And according to Keffe D they all got together got in a white Cadillac near the Las Vegas strip where Tupac and Suge were headed out, and that's where Orlando Anderson pulled the trigger. Now there's a lot of reason to be skeptical of this theory, but Orlando Anderson is dead of an unrelated shooting and can't speak [to it]. Now almost everyone I talked to who really, really knows or has reason to know has said that it's Orlando Anderson. I'm not 100 percent sure it was him and we'll never know because he's not alive. The driver of the [white Cadillac] who's also been implicated, Terry Brown, is not alive anymore either. He was murdered in 2015. So sadly I don't know that we'll ever really know."