Accessibility links
With New Video, Grandaddy Finds Humor In Grief : All Songs Considered In his first interview since the loss of Grandaddy bassist Kevin Garcia, Jason Lytle talks about the band's indefinite hiatus and a new video that documents, in deadpan, his love of inanimate objects. 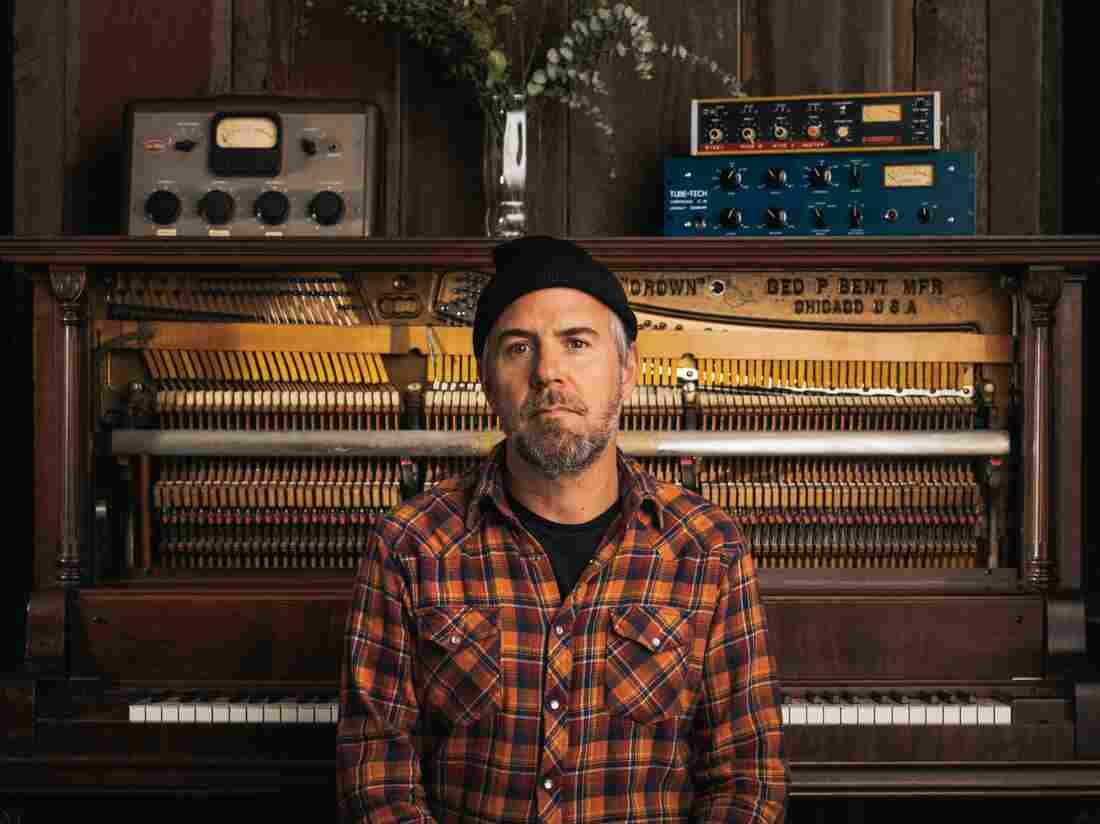 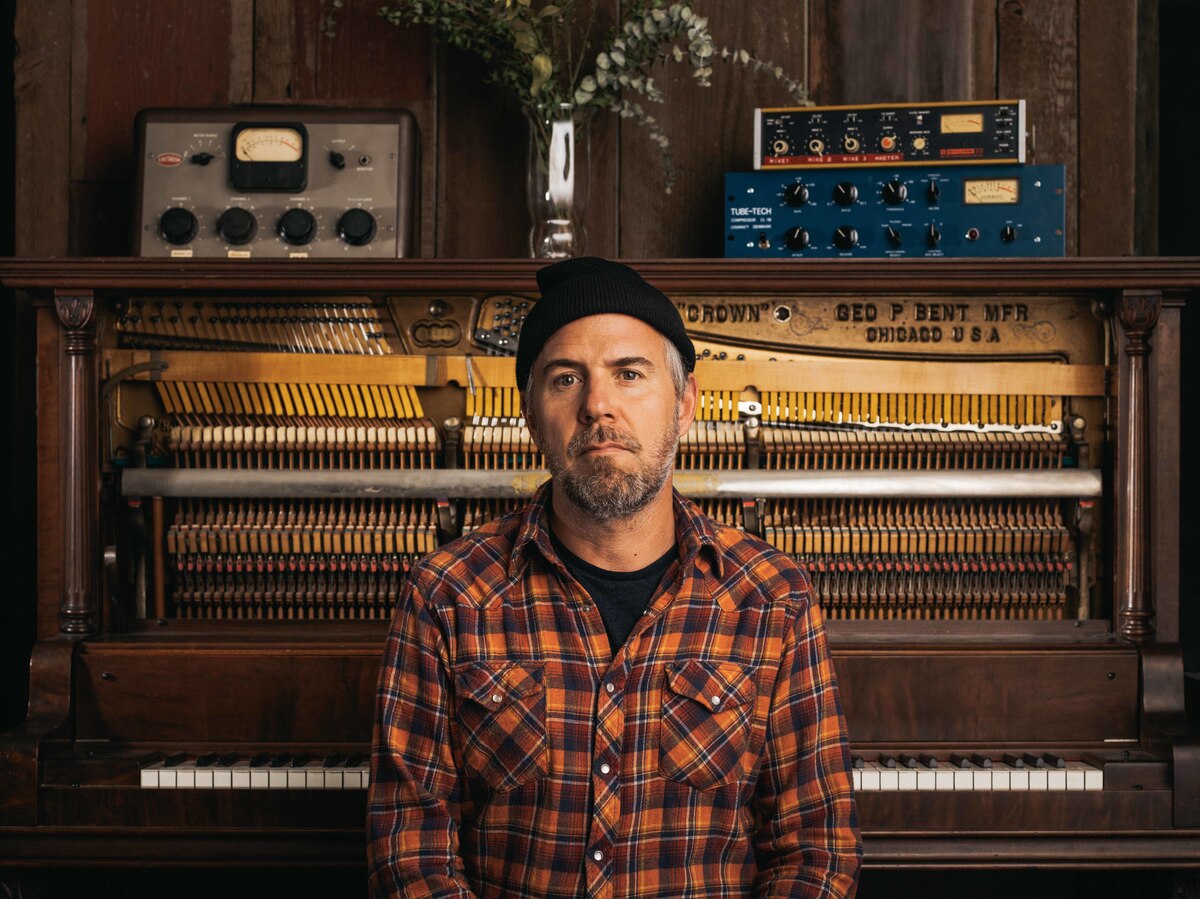 Dan Cronin/Courtesy of the artist

Grandaddy frontman Jason Lytle has always been more comfortable with machines than people. It's a dynamic he's well-documented, and even romanticized, in his work, with tales of misfit characters and their troubled relationships with everything from robots to appliances. Perhaps it's because mechanical friendships don't require much of an emotional investment — they're not built on a lot of open and earnest discussions. Lytle has always been a private and often guarded person who finds comfort knowing he never has to listen to a microwave talk about its feelings or, more importantly, talk about his own.

"I kind of have this unhealthy fondness for inanimate objects," says Lytle. "I find myself talking to a frying pan. Or, like, I found this rock in Grand Junction, Colorado and I brought it with me [on a] road trip and I've gotten really close to this rock. And, like, certain pens and writing utensils and my gear."

Grandaddy takes this kind of kinship to absurdist levels in a new video for the song "Brush With The Wild," from the band's latest album Last Place on 30th Century / Columbia Records. After his girlfriend leaves him, a dejected loner — played with perfect deadpan by actor Jonah Ray — finds that his only true friend in life is an office chair. Together they go on an epic journey to reclaim lost love. It doesn't end well.

"I had to be convinced it was okay to tell someone that I loved them or to just let my guard down," says Lytle, reflecting on how he came to write the song. "And then, once I did, it was almost like this wild, primal thing. But it only comes in little flashes. It's like a fish swimming through the river and every now and then it'll turn and the light will flash off its skin and you get a glimpse of it, then it's gone. Lightning is like that. But you get to experience it very briefly. [So] I was thinking how sad and bummed out I was finding the relationship being done [but] at least I got to experience that. I got to brush up against it."

Director Aaron Beckum brings this experience to life with a mix of lo-fi visuals and quirky design that's both touching and playful. "We got especially lucky with Jonah Ray and Deanna Rooney [the couple in the video]," says Beckum. "The fact that they are a real-life, happily married couple made the breakup elements of the story all the more real and sad. Actually this video might be the saddest thing I've ever made. But it's also hilarious... but also sad. Like real life."

Grandaddy's video for "Brush With The Wild" is the first thing the band has felt like it could share since bassist Kevin Garcia died suddenly on May 2 after suffering a stroke. He was just 41 years old. Grandaddy remains on indefinite hiatus, its previously scheduled tour canceled. At this point, Lytle says it's anybody's guess as to when, if ever, the band gets to work again or hits the road. But in an early morning phone call from his home in Modesto, Calif., Lytle reflected on the past few weeks and where Grandaddy goes from here.

On the sudden and unexpected loss of bassist Kevin Garcia, who'd played with Grandaddy since he was 15 years old

"All of us were just in shock. You know, he was doing so well. He had a big scare in March and was in and out of the hospital, but he got the green light from the doctor to go on tour. He was really cleaning up his act, just eating well and losing weight and really doing well. This whole second bout just came out of nowhere and it all happened so fast. It was really a terrible surprise."

On the decision to end the band's tour indefinitely

"It was pretty obvious we were going to cancel everything that was scheduled for the immediate future. We had three sets of tours on the horizon. I sat down with [drummer] Aaron [Burtch] and [keyboardist] Tim [Dryden] and we had a real sober conversation. And what I was attempting to do was, 'We may think we're capable of doing this, but I really want you to try to imagine what it's going to be like rehearsing and, even if we get to that point, playing these shows without [Kevin]. I just want you to try to imagine that. Don't think about money. Don't think about the fact that we're obligated to go through with these shows.' And when it was all said and done we were just like, 'No, we're just going to shut it all down.' I just wanted to deal with a good friend who'd passed away. There's the Grandaddy thing and obligations and I thought, 'No, no, no. I don't want that anywhere near it.' So it made the most sense to shut it down and see what time does."

"We were sounding pretty good. I think I was really feeling the energy. At some point I'd done away with all my hesitation and all my reluctance [to get the band back together] and I was thinking, 'Alright, let's do this!' I mean I moved back to f****** Modesto, [California] for that matter. If a year ago you'd told me I'd be moving back to Modesto, I would have had a pretty good laugh. But I was committed to this and it was going well. And I was excited. So in addition to how tragic the whole thing was, I was like, 'Uh, alright. Now what?' It was [going to be] my life plan for the next year. But that's pretty inconsequential to the whole story."

On processing grief and the idea of making music again

"I keep getting these big, sweeping waves of like the wind has gone out of my sails. I don't even want to pick up the guitar. Like, I just went on this 3,000 mile driving road trip by myself. I went to Nevada, Utah and Colorado. My primary focus was I was just going to do some trail running and climbing and hiking and mountain biking. I had my truck all loaded up. I kind of figure things out when I travel long distances, and I could barely listen to the radio. I was just driving. Just kind of on autopilot. I took a guitar with me but didn't play it once. I was gone for two weeks and the thing sat in the back of my truck, I didn't touch it once. I just feel like something's getting sorted out on another level. I'm not sure what it is, but it's not about me hunkering down and making any decisions. I still feel like I'm in that mode. I'm not forcing anything."