Accessibility links
Hear Radiohead Talk About 'OK Computer' In A 1997 Interview : All Songs Considered In the summer of 1997, Radiohead's Ed O'Brien and Colin Greenwood sat down with NPR to talk about their new album OK Computer, just as everything was about to change for the band. 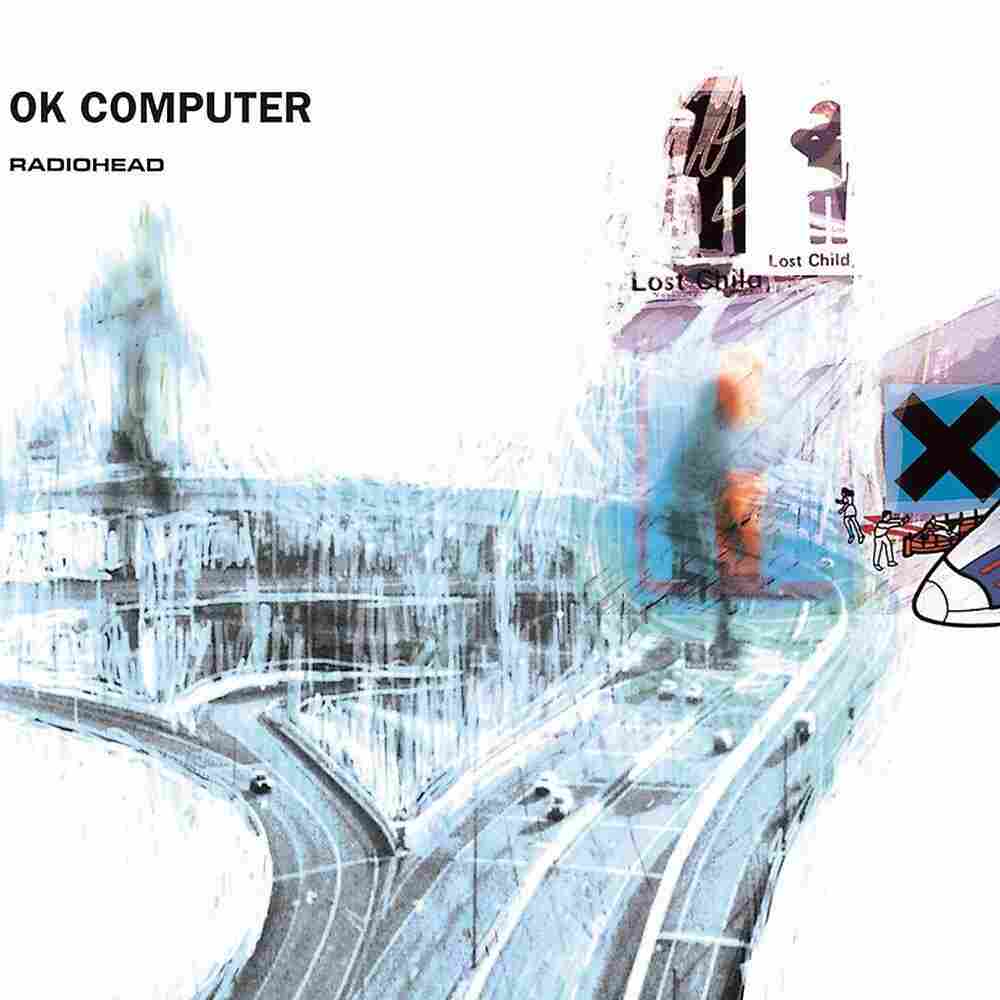 In the summer of 1997, when All Things Considered host Linda Wertheimer sat down with Colin Greenwood and Ed O'Brien of Radiohead to talk about the band's new album OK Computer, it sounds (in retrospect) like none of them – not our host nor the guys in the band – entirely knew what they were sitting on. O'Brien and Greenwood cracked jokes, gently brushed off questions they didn't care to get into and attempted to explain why this album was so different from the band's previous two releases. It's the kind of innocent discussion you'd expect from a group that had, up to this point, put out a couple of respectably reviewed, straight-up rock records, but were yet to become the biggest band in the world. As Linda casually noted in her intro, "Radiohead is a British rock group that's increasingly popular here."

Of course, everything was about to change for Radiohead, and OK Computer was the reason. In the 20 years since, it's rightfully earned a place among the greatest and most ambitious rock albums of all time — a brilliantly produced portrait of intense paranoia and outrage over an imagined future undone by the technology designed to save it. Once fans and critics began to make sense of its meaning and importance — and its remarkable sound — nothing was the same. The stakes and expectations rose to epic proportions for Radiohead, and with each record that followed, O'Brien, Greenwood and the rest of the band members were expected to reinvent their sound, to change rock itself and what it means to make music.

But here, in this captured conversation from 20 years ago, O'Brien and Greenwood were in that moment where everything was still the same and in its right place, just before everything blew up for them.

For Radiohead's deluxe, 20th anniversary edition of OK Computer, out today, we've dug into our archives to share NPR's original interview with the band. You can hear the full conversation with the play button at the top of the page, or read excerpts below.

Ed O'Brien: "What we're always trying to do is make a different-sounding record, and it sounds different from anything we've done before. We have a responsibility, we feel, as musicians to — that this is an ongoing and it's an educational thing for us. So part of the way we did it was very different from previous albums. We weren't in a conventional recording studio."

Colin Greenwood: "We recorded in like, atmospheric places — in rooms in this old country house. I think that's one of the things that makes this record different is the fact that we managed to capture these old sorts of 15th through the 18th century rooms that we recorded a lot of the album in. You set up a bunch of microphones in a room and the ambience is going to be different from room to room. Combined with the performance, the response that you get from the artist who's committing whatever they're doing to tape — they're always going to respond to a room which has got a fireplace, you know?"

On writing and recording "Paranoid Android":

Ed O'Brien: "We did most of the working out of the song in rehearsal. We spent a lot of time rehearsing. We basically had three-and-a half songs. We wanted to put them into one song. We did a condensed six-and-a half minute version of it and it's basically really three parts. Part one is basically verse, chorus, verse, chorus. Part two is a kind of a — a, like 'Gucci little piggies.' And then part three is the 'rain down' section. We go back into the refrain, which is the second part. We just go to the 'Gucci piggies' part."

On some of the album's political themes:

Ed O'Brien: "We were having a discussion the other night. I was talking to Thom and we were talking about going back to college sometime. And he's just got a real interest in politics. And he sometimes sees the whole thing of going around and being on tour, shaking people's hands and meeting people, and lots of meet and greets and stuff like that — there is sort of a similarity he felt with politicians when they're on their soap box or whatever, around election time."