Accessibility links
Hear Radiohead's Incredible Glastonbury Performance : All Songs Considered Exactly 20 years after it cemented its place as one of the most ambitious rock bands in history with OK Computer, Radiohead returned to Britain's most renowned festival. 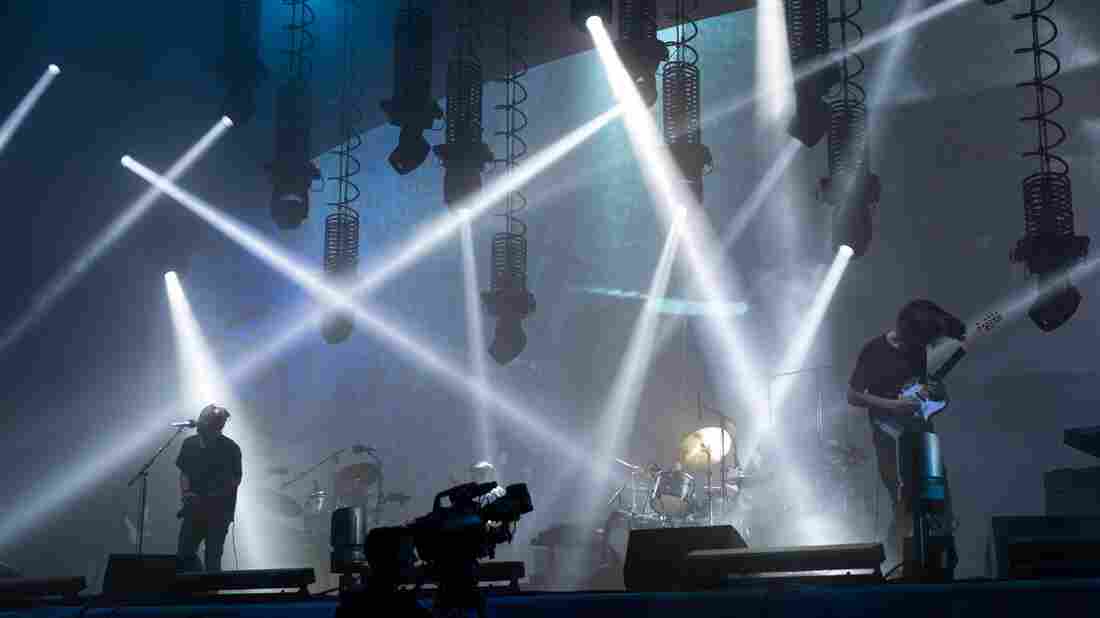 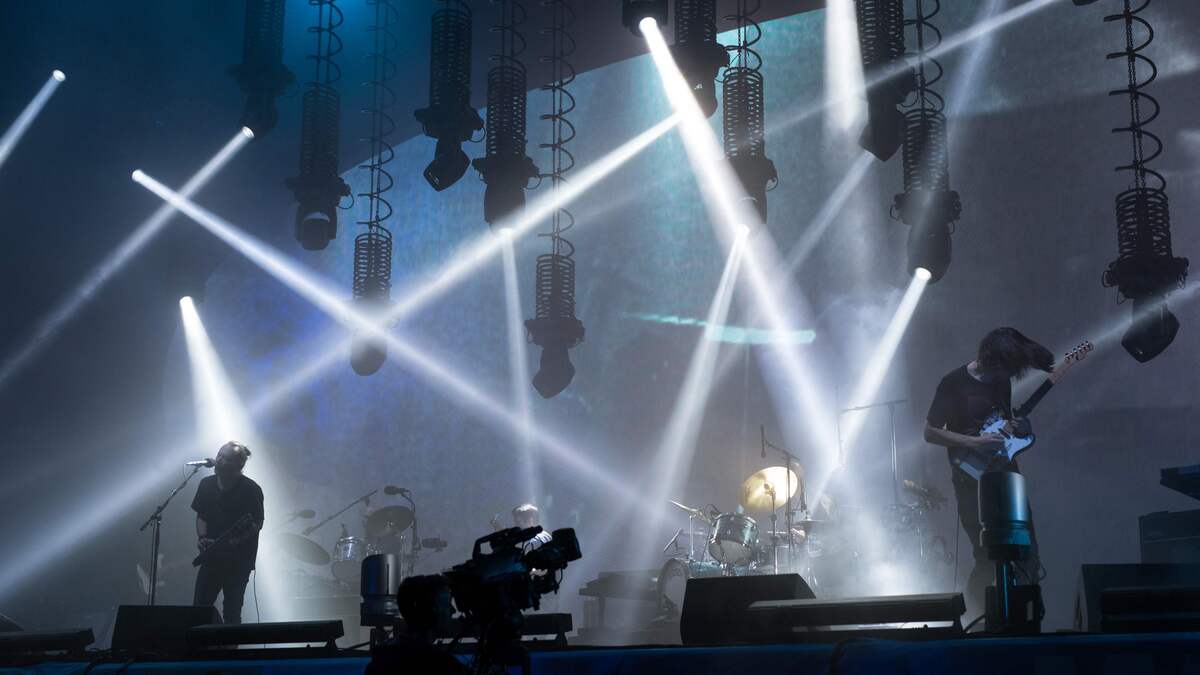 Radiohead perform on the Pyramid Stage at the Glastonbury music festiva on June 23, 2017.

Yorke's nervousness translated into a typically transcendent concert with a recording that actually does it justice, too. (Live recordings always tend to be a little light on the low end, but let us abandon nitpicks).

Head here and start at 28:25 to hear the beginning of the band's set.

The show was, in many ways, a very long victory lap, marking Radiohead's return to Glastonbury 20 years after a now-legendary performance that followed the release of OK Computer. That rightly canonized album was reissued in deluxe fashion earlier that day. (You can hear our own Linda Wertheimer speaking to the band 20 years ago.)

Unlike major festivals in the U.S., which tend to be glossed over by those not in attendance, Glastonbury's profile is consistently outsized, consuming much of U.K.'s cultural oxygen. Jeremy Corbyn, the leader of the country's Labour Party who led his party to a surprise success in this month's general elections, took the stage at the festival, telling a charged crowd on Saturday that "the commentariat got it wrong, the elites got it wrong... politics is about the lives of all of us."

The BBC recorded a whole host of sets from the fest — many of which are geo-blocked outside the U.K., unfortunately — including Lorde, Oumou Sangaré, The xx, Chic, Glass Animals, Sleaford Mods, Run The Jewels and a lot more.