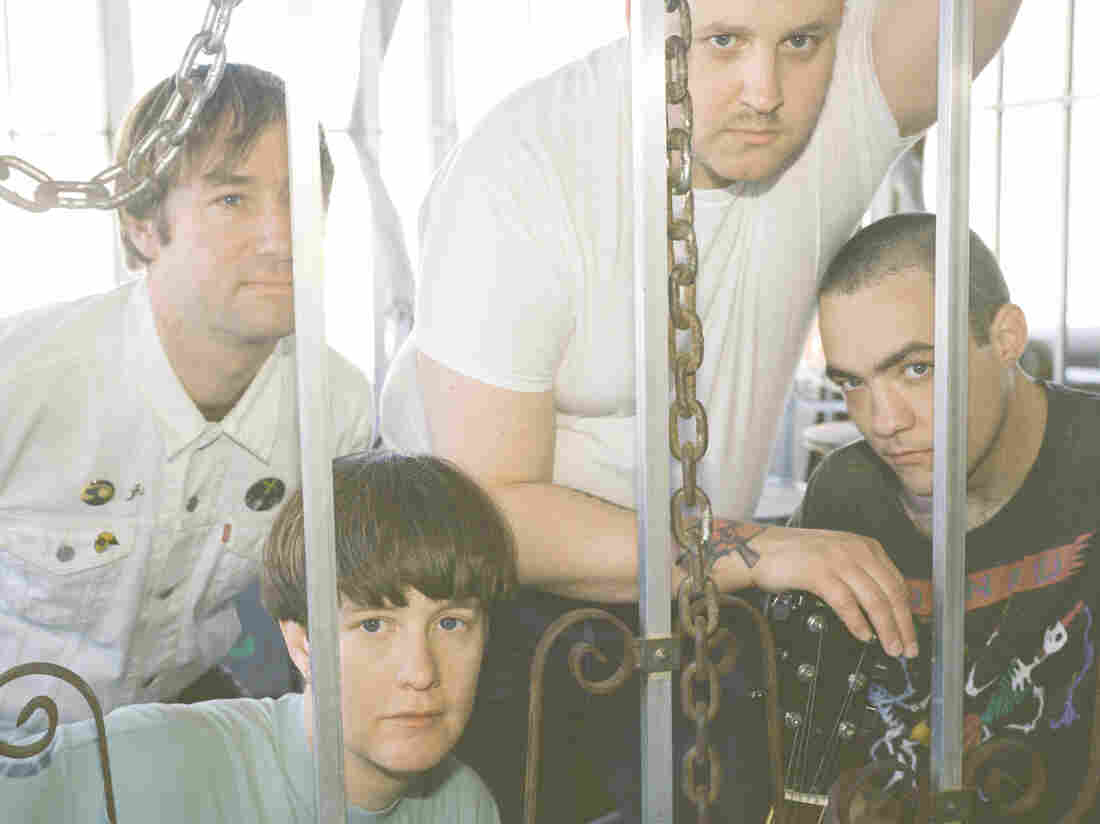 Flesh World's Into The Shroud comes out Sept. 8. Roxanne Clifford/Courtesy of the artist hide caption 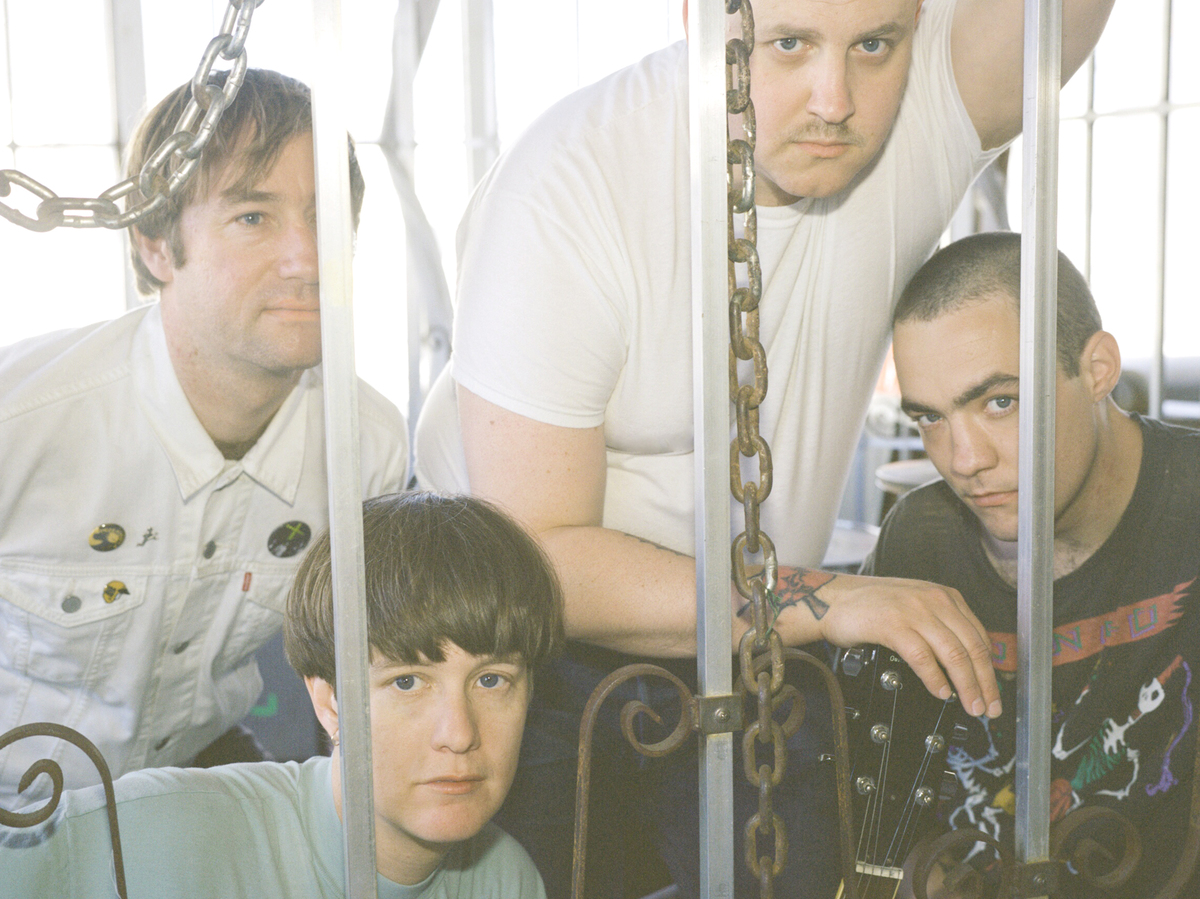 Flesh World's Into The Shroud comes out Sept. 8.

Roxanne Clifford/Courtesy of the artist

Flesh World's story reads like something out of a cult comic book: two San Francisco musicians from seemingly different worlds bond over The Velvet Underground and The Jesus And Mary Chain, and start a cool band in the process. When Jess Scott from fuzzy indie-pop band Brilliant Colors and Scott Moore from queer punks Limp Wrist began writing, they arrived at the middle, releasing music on tastemaking punk labels like La Vida Es Un Mus and Iron Lung. Flesh World's second full-length, Into The Shroud, is due out in September, and it both sharpens and expands the band's twilight-skating post-punk.

On its surface, this cover of Solid Space's "Destination Moon" is all mood, a foggy mid-tempo fantasy. But with a super-crisp and steady rhythm section, bassist Andrew Luttrell and drummer Sam Lefebvre ground the guitar's chorus pedal effects, whirring synths and Jess Scott's lulling vocal melody — that is, until the spaced-out dub section that floats for a moment, and the band re-doubles the swirling dance party.

"Destination Moon is a cover of British duo Solid Space, originally released on cassette in 1982," the band tells NPR. "Flesh World wanted to re-imagine this trip to the moon, but with stop-offs in the land of King Tubby, U-Roy and late-Blondie."

Into The Shroud comes out Sept. 8 via Dark Entries.