Accessibility links
Hear The National's New Song, 'Guilty Party' : All Songs Considered The band's upcoming full-length, Sleep Well Beast is shaping up to be the best album the band has done.

The National Reflects On Hopelessness And Defeat With New Song, 'Guilty Party'

The National Reflects On Hopelessness And Defeat With New Song, 'Guilty Party' 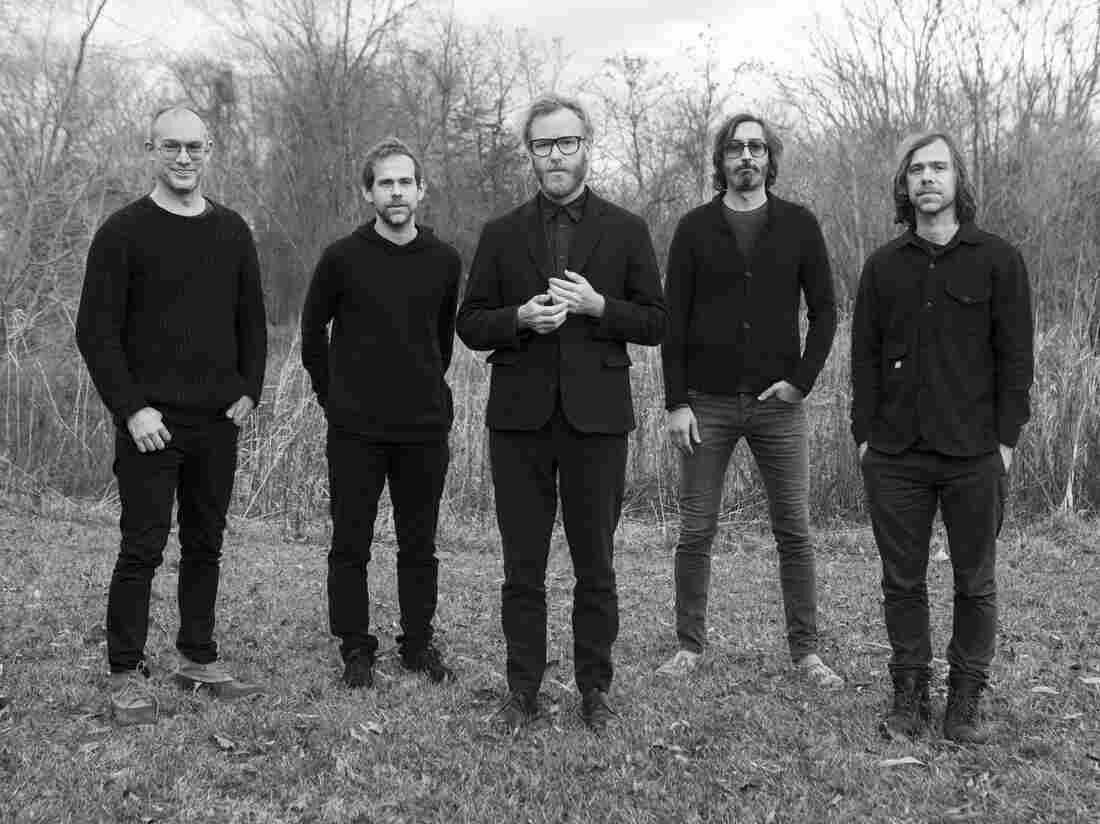 The National's upcoming full-length, Sleep Well Beast, is shaping up to be the best album the band has done. After announcing the record in May, the group released the incredible and thinly veiled political anthem "The System Only Dreams In Total Darkness." Today The National follows with "Guilty Party," the second track from Sleep Well Beast. It's a fidgety, melancholy admission to feeling overcome and lost. "You're sleeping night and day," sings frontman Matt Berninger. "How do you do it? Me, I am wide awake, feeling defeated." There's very little hope in this track, only resignation.

To showcase the new track, The National has also shared a dreamy, psychedelic video created by visual artist Casey Reas. "The video is a dream about memory and the degradation of memory," says Reas in an official statement. "It's about distance in time and space. Time moves forward, but then backward as memory. The image of the two-faced Roman god Janus, who can look into the past and future, is the core visual language."

Reas, who has shown his digital-centric work all over the world, will also be doing a visual installation of live projection mapping at two shows, also announced today, that The National is curating. Those are scheduled for July 14 and 15 at Basilica Hudson, a relatively small venue in upstate New York.