Accessibility links
Dr. Dre's Rapid 'Gunfire' Flow Affirms And Defies His Age : All Songs Considered The new song comes in conjunction with the revealing HBO documentary The Defiant Ones, which intertwines the lives and legacies of Dr. Dre and Jimmy Iovine. 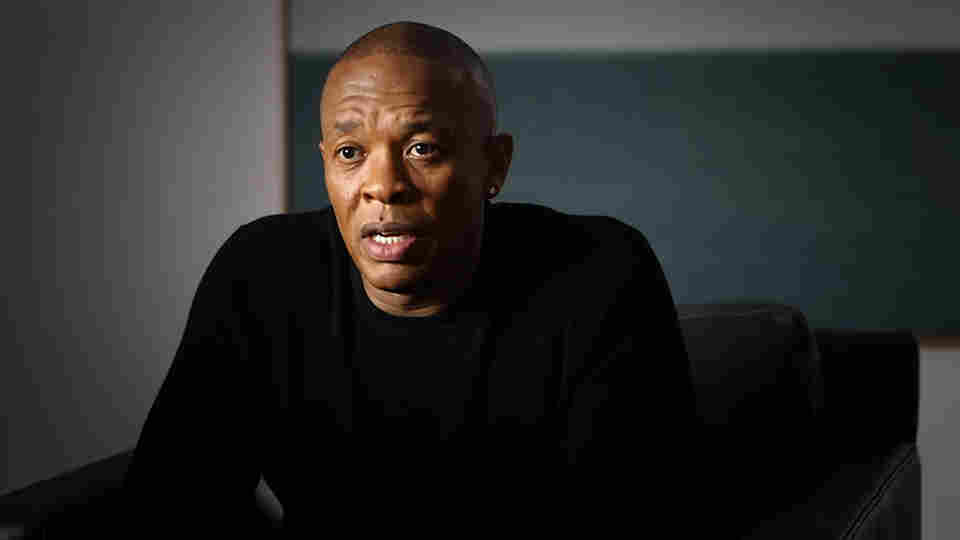 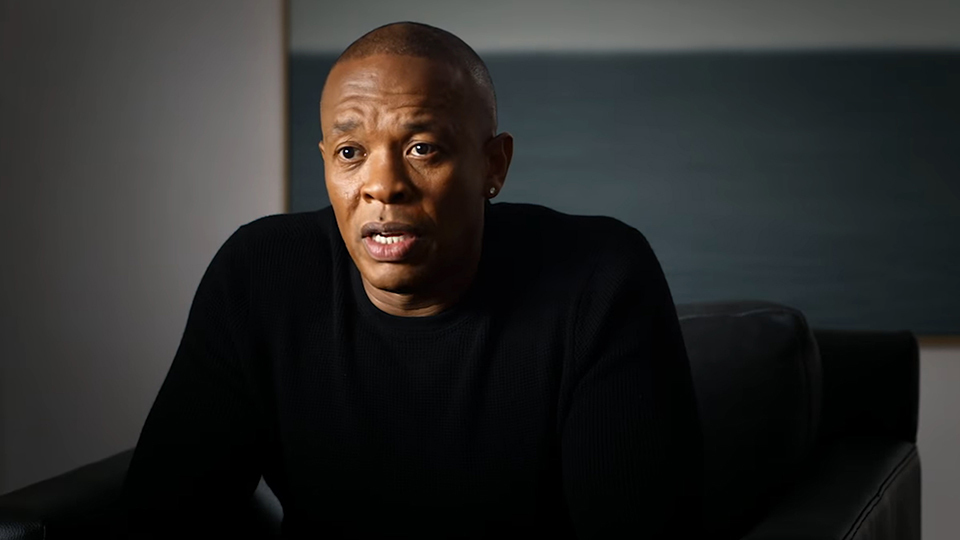 When an artist of Dr. Dre's stature releases a new song, it's always an event – especially since he averages about a record a decade.

In the new four-part HBO documentary The Defiant Ones, Dre reveals more of himself than he ever has in his music. Much of that is due, of course, to the fact that the sonic architect who orchestrated gangsta rap's chart-topping rise in the 1990s always left the lyrical handiwork up to others. So we've tended to get broad strokes and braggadocio delivered in a voice that evolved at the same rate as Dre's rotating cast of clutch writers. But in the snippet of "Gunfire" — a new song that premiered on his Beats1 "The Pharmacy" radio show last weekend, and his first release since 2015's Compton — Dre simultaneously sounds like an old and new versions of himself.

His flow is super nimble for an artist who concedes that making music is a "young man's game," while his boasts sound as if he never aged past his explicit prime: "Who got a hit just like this? And got heart and rich like this? / Never failed, 20 years and he still got grip like this / And got kids with a super-hot b**** like this," he spits. In an era where young MCs seem more enamored with slower, druggy flows emblematic of the Chronic-era he and Snoop shepherded, Dre's pace keeps accelerating. It's an odd Benjamin Button-esque revelation: The nimbler he gets on the mic, the more he shows his age. Perhaps that's the risk of relying on young wordsmiths to pen one's rhymes. While JAY-Z, who has also ghostwritten for Dre (1999's "Still D.R.E."), sounds older and wiser than ever on his new opus 4:44, Dre still raps as if he has something to prove.

But no one's ever judged him by his mic skills; it's his sleek production that matters most. And the quantity has always been more questionable than the impeccable quality. But in a recent interview, Defiant Ones director Allen Hughes suggests we'll be hearing more from the perfectionist soon, as he finishes up contributions on Eminem's rumored forthcoming LP. He may continue to release new music at his own pace but, as Hughes assures, Dre's work ethic — like his flow — never slows.

An earlier version of this story incorrectly referred to the song as "Gunfiyah." That name was taken from the YouTube video for the song. The correct title is "Gunfire."