Accessibility links
k.d. lang Reflects On 25 Years Of Ingenue : All Songs Considered The singer talks about the challenges of making what became one of the most important records of the 1990s, dealing with the fame it brought and how she didn't like its hit song until recently. 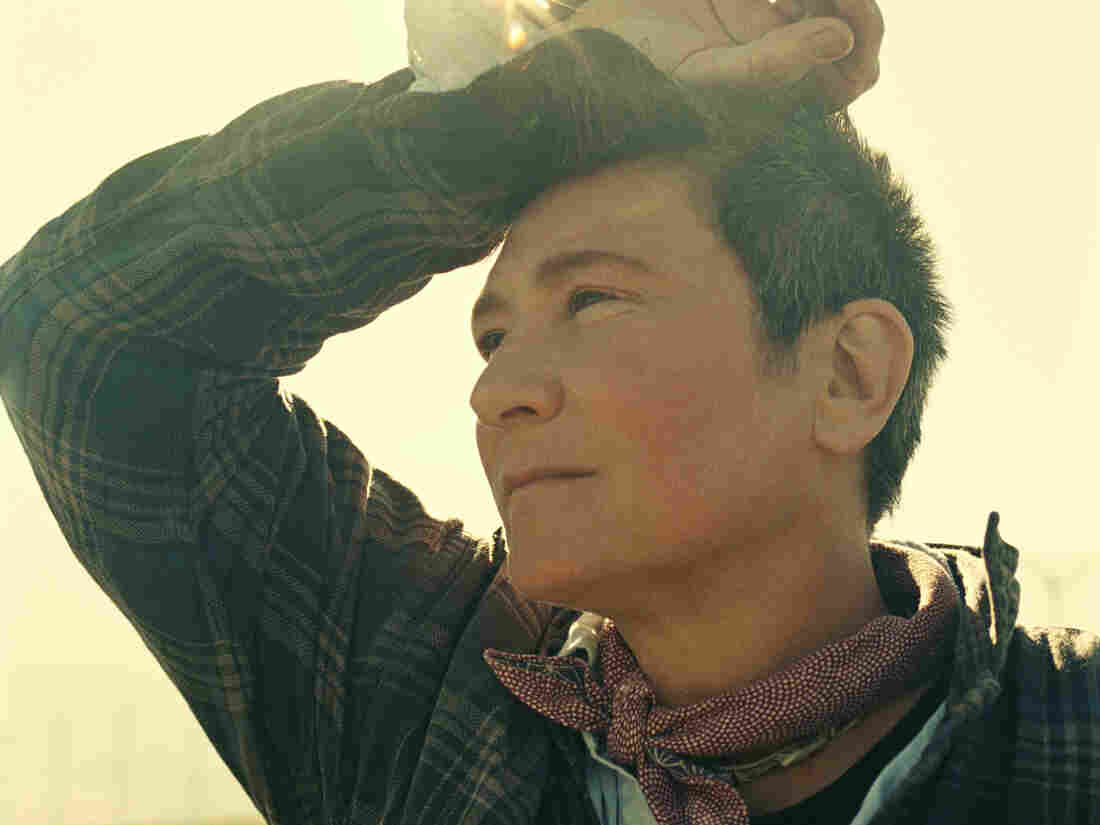 Back in 1992, singer k.d. lang released a record unlike any other. Ingénue slithered against the popular music grain with songs that drew slow, deep breaths and sighed seductively. It had an alluringly divergent sound that landed somewhere in a blurry nexus of pop, country and global folk, with accordions, clarinets and Eastern European flourishes. And lang's monumental voice, both powerful and restrained, was simply unforgettable as she sang languorous songs of love and desire.

Ingénue became a monstrous, multi-platinum hit for lang, but it was also a milestone in the '90s LGBT rights movement. Against her label's wishes, lang came out in a cover story for The Advocate three months after the album was released. Her decision helped spark a shift in the national conversation about what it meant to be gay and made Ingénue one of the first in a series of important cultural moments that pushed LGBT issues into the mainstream conversation. (Others from that period included the film Philadelphia and the Broadway play Angels In America and, later in the same decade, the television sitcom Will And Grace).

To celebrate Ingénue's 25th anniversary, Nonesuch Records is releasing a remastered version of the album on July 14, along with some previously unreleased live recordings. Last year lang recorded an album with Neko Case and Laura Veirs called case/lang/veirs. They toured together and became friends. So we asked Laura Veirs to talk with k.d. lang about Ingénue and how the album still resonates today.

You can listen to their full conversation via the play button at the top of the page or read edited highlights below.

k.d. lang on writing and recording an album with a sound that wasn't particularly popular at the time:

"When Ben [Mink] and I made Ingénue, we were consciously aware of the fact that no one was making this kind of Eastern-European dirge. ... The tempo of the record was nerve-wracking. I thought that I would just get killed for being so slow. And I did. There was a lot of criticism on the record when it first came out. [But] I purposely wanted to sing unornamented because ornamentation was really starting to take off in pop music. I feel like truth is centered ... it's still and it's very plain. So I really consciously went against the grain with this record. And [playing it live] we have to sit down and go, 'OK, this has to be played with absolute restraint and precision,' almost like classical music because so much about Ingénue I think is this space."

On the challenges of writing intimate and personal lyrics:

"When I worked with Ben [Mink] or when I work with most collaborators, we come up with the music first, which is very easy. But then that puts me as a lyricist in a very difficult spot because then I had to write lyrics that conveyed my emotion but also fit into the music and sang well, which is a lot of parameters for writing lyrics. And the lyrics were a struggle. It took me six or seven months to get the lyrics for this."

On not liking or understanding "Constant Craving," the album's final track and biggest hit, until just recently:

"I felt like it was incongruent to the rest of the record. And it's funny because yesterday in rehearsals of Ingénue, for the first time, I felt what [the song's] purpose was and why we put it on as the last song on the record. It's an acquiescence. It's a summation of human desire. It's like yes, OK, we all are heartbroken. We're all nervous. We're all vulnerable. We're all hopeful, but at the end of the day, constant craving has always been. And it really, emotionally, just surfaced for me, the purpose of that song. But we're doing the record in sequence on tour in Australia next week, so to have 'Constant Craving' come to the end of this very insular, quiet performance is fascinating."

On what it's like hearing and performing Ingénue 25 years later:

"It's been an interesting journey. When I first pulled the record up — because I don't listen to my own music — I pulled it up maybe about a year ago to start preparing for [the live shows]. And it was just so difficult to listen to it. I thought, 'Man, really? This is Ingénue? It's really not that good.' And I was so nervous and I was freaking out. But then, like the second and third times I listened to it, it started to pull me in. And I started to develop a whole new relationship with it. And I guess, ultimately, I came to the conclusion that my job now 25 years later is to perform and to offer Ingénue up as neutral and as open as possible. It's like a film director making a movie about a book that the audience has had a relationship with for 25 years. So my job is just to be open to all those interpretations and just to deliver it as open and as available as possible."

On dealing with the fame Ingénue brought:

"It was kind of like crashing a Porsche into a palm tree. It did get away from me, because when you tour — we toured this record for 18 or 24 months — I mean it was worldwide and it was just going and going and going, and that's after two years at least of writing and recording it — and six months of promo, you know flying around and promoting it. So it's a huge commitment, and when you have a hit then it just keeps going and you get exhausted. But yet it's a bubble that is completely focused on you, centered around you. Everyone's interest is in you. Their own best interest is in your success, so they all make it possible for you to keep going. So you think everything's fantastic. And I just started getting tired and a few things happened where I realized, 'Oh man, I got caught.' I got caught up in the mindset of success and then I started getting mad at myself."

On her decision to come out after Ingénue's release:

"I was scared but I'd gotten to a place where I went, 'It doesn't matter.' I mean what matters is that my music is honest and if I don't have success, [at least] I'm doing something that's honest. And then I felt that there was so much pressure at that time. Queer Nation was outing people and AIDS was in full-blown mode back then in the press and in life, and I just felt like I had a responsibility to come out and take some of the air out of it. Like, de-flame it a little bit. And the record company didn't want me to do it. My manager didn't know. People were afraid that it was going to have a negative effect on the record and on my career. [But] I'm really, really proud that I did that."