Accessibility links
Fashawn Breaks Down 'Manna,' Track By Track : All Songs Considered The Fresno spitter returns with a new EP, as political as it is personal. 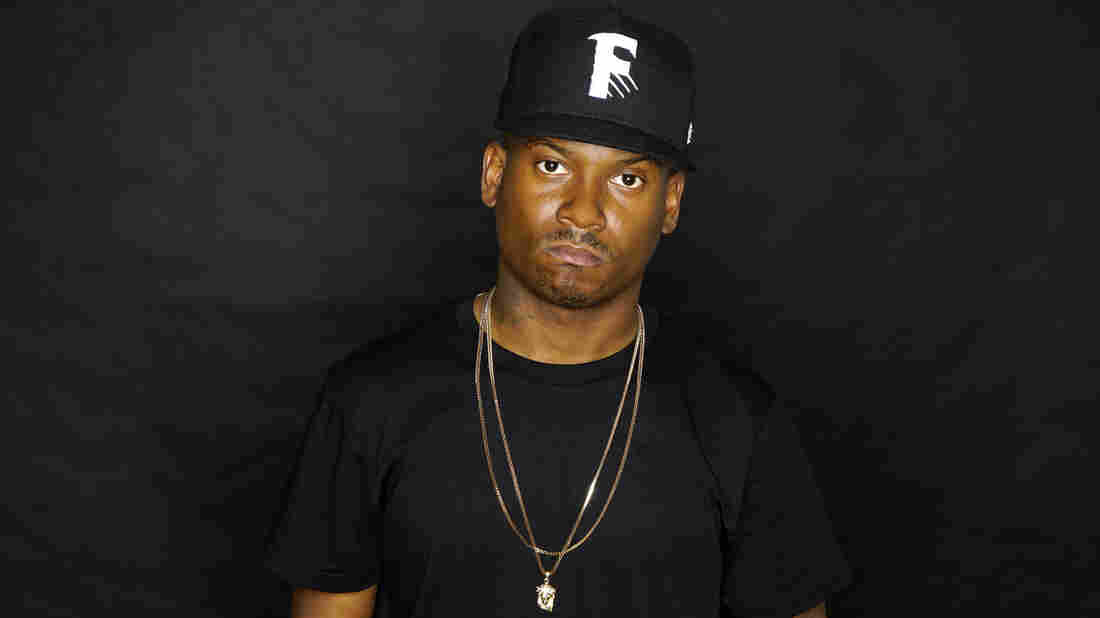 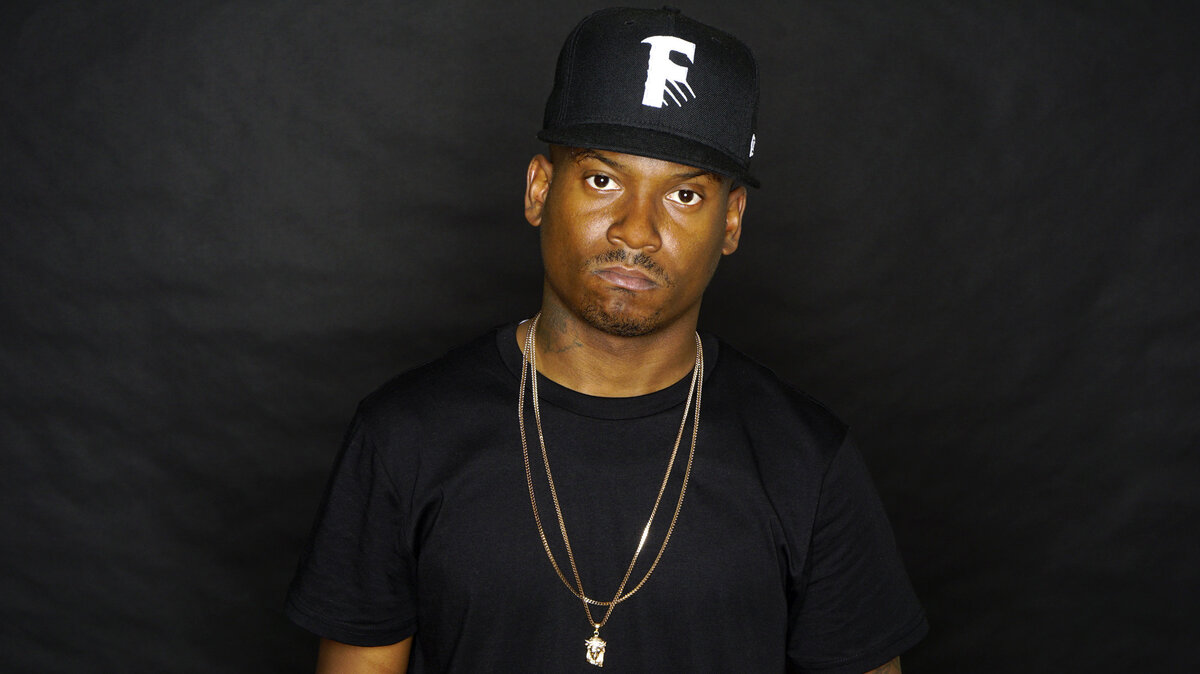 Fashawn's EP, Manna, is out now on Mass Appeal Records.

Mass Appeal/Courtesy of the artist

"We manufacture bull---- here in Fresno; there's no way any one person can succeed in Fresno."

When Fashawn's mother begins the mini-doc about his 2015 album, The Ecology, by running down the ills that plague their hometown — from mental illness and homelessness to the kind of chronic drug addiction she's battled her entire life — it quickly becomes clear that her son's survival is more success than mere record sales could ever measure.

But Fashawn's story doesn't stop there. The emcee, who went on to graduate from XXL's Freshman Class of 2010, became the first West Coast artist signed by Nas to Mass Appeal Records. Now comes a follow-up EP to The Ecology, and it's every bit as caustic as the Grizzly City that raised him.

Inspired by his own spiritual reawakening, Manna finds Fashawn grappling with life's contradictions and pouring libations to quell the confusion. Whether reassessing the crack era's collateral damage ("Crack Amerikkka") or reminiscing over dead homies ("Clouds Above"), Fashawn pinpoints our national tragedies with a poet's precision.

"I'm in need of salvation in this foul nation," he proclaims on the latter.

But Fashawn's still not above celebrating. On "Pardon a G," Snoop Dogg joins him for a West Coast toast. Meanwhile, Large Professor, the East Coast pioneer who helped catapult Nas' career, contributes production on "Mother Amerikkka," the concluding song that encapsulates these paradoxical times.

"I really just wanted to put out some music that I felt like people needed to hear — something that'll feed their brains and feed their souls and give them some music with substance, which I feel like we're really lacking right now," he says. In an exclusive conversation with NPR Music, Fashawn shares the recipe for Manna, track by track, from Fresno to the world.

"As far as the title, 'Manna,' it stems from me reading the Bible. It's based on a promise that God makes Moses in the book of Exodus about taking the children of Israel out of famine and supplying this bread called manna to feed and nourish them.

"That's the concept, and the title really came from me getting back connected with my faith. I'm on a whole new spiritual journey right now, so 'Manna' is just a glimpse at where I'm going."

"There's all this talk about Middle America, white America, black America. But let's talk about crack America. Let's talk about what it's like to grow up, not just in an area, but an era where crack was real prevalent; and just the clutch that crack had on parents, on our youth, on society. Let's explore that for a second. It's really just talking about the world that I know, the America that I know, [as someone] that was born in '88 and survived the '90s, and still here to talk about it."

"I'm just really exploring that paranoia — what it's like growing up in the hood and going to all these funerals and not knowing if you're going to be the next funeral. It's not about being scared on some less-than-a-man type s---. It's more about confronting your fears and facing them eye-to-eye and being real with yourself."

"That's just me celebrating my melanin and giving the new black youth a history lesson. It's really about all my heroes, my black heroes, from Vivien Thomas to Clarence 13X to Malcolm and Marcus. When I start the song off I say, 'What about the life of Marcus Garvey / 'cause we all know Martin Luther King's story.' Let's talk about the unsung heroes, the Miriam Makebas. We all know Beyoncé is the new black queen, but let's talk about Nina Simone and all these people that are heroes to me and who happen to share the same melanin as me. It's really just celebrating black excellence.

"Being black is tough enough, but I think we're really hard on ourselves and we need to celebrate ourselves more. This song is just a glimpse of that."

"I started that record earlier this year. It was dope for what it was, but then I was thinking this could be even bigger if I got Snoop Dogg on it. So I just text[ed] him one day, cause I got his line like that and we cool like that. I said, 'Big homie, I think I got the one for us.' And he was like, 'Yo, let's smoke.' And I understand his language, so I'm like, 'What's your email?' He shot me his email and I shot him the record. Maybe a day or two later, I get an email from Snoop with the Snoop vocals.

"It came together really organically from the jump. We didn't have to go through the managerial process or teeter-totter back and forth. It was just a really smooth transaction between two smooth hustlers, mane. And that's Mr. 'Gin and Juice,' so if I'm gonna talk about weed and drank I might as well get the emperor of that. It's a totally different vibe from 'Proud.' That's the party side of me, the fun side of Fash. I'm a pretty serious cat, but every now and then I'll have you crackin' up and having a good time."

"The first line is like, 'My team goes way harder than the rest of you / We don't throw parties we throw festivals.' [Fresno's] Grizzly Festival was really at its height when I wrote that. It was really for my homies who couldn't make it there, like the homie that was backstage the year prior and got smoked in the streets or got locked up and couldn't be there. It was really just me celebrating for those cats and letting them live vicariously through me."

"That's a tough one to listen to. That really just takes me up there. It's me having conversations with my dead homies. That's what that song is really about. It's different; it really feels like floating on a cloud. It's one of the records that touches my heart the most on this new project."

"It's the epitome of what I do. The ultimate reason why people f--- with Fashawn is because I spit bars. You can tell it's from the street; you can smell it when you hear it. It's the energy that comes out when I write it down. You can tell it's from the mind of a very special individual. And that's what this song is. It's just me talking my shit."

"'Crack Amerikkka' is about a very specific era in America. But 'Mother Amerikkka' is just exploring the love/hate relationship every American is internally battling right now, especially myself. I know some people who are almost embarrassed to call themselves an American citizen. And that kind of doesn't sit well with me, cause at the end of the day we are Americans. And this culture, this American way of living, it provokes these subcultures within it like pop and hip-hop and rock, and that's the beautiful part of America: the artists that it produces. That's based on the conditions that these artists come from, this American culture.

"We love it and hate it at the same time. But at the end of the day, we're still Americans and we need to learn how to coexist with each other, and unify, and live in these United States of America, and try to make it better and not just dwell on the bad s---. Let's diagnose these cancers and try to heal them. Instead of just talking about it, let's do something about it."