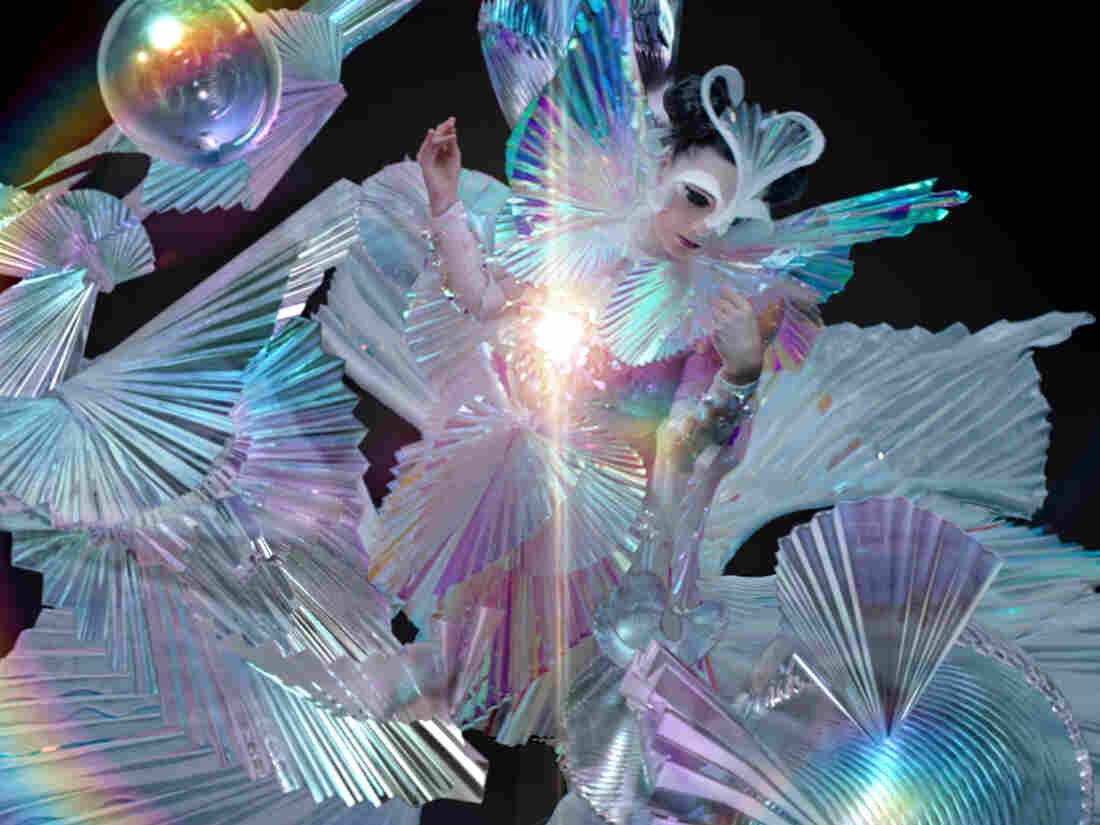 Björk's latest song, like much of the Icelandic singer's work, is strangely seductive. "The Gate" heaves and sighs with spare arrangements of strings and woodwinds before expanding magnificently in a bloom of warped electronics that sound a lot like the work of dubstep artist Burial.

"I care for you" Björk trills, over and over. "Split into many parts / Splattered light beams into prisms that will reunite if you care for me."

"The Gate" is the first new song from Björk's upcoming (and yet-to-be-named) album, and arrived earlier than expected. It was originally set to drop next week but appeared online overnight.

Björk says a new video for "The Gate," directed by Andrew Thomas Huang, is also imminent. "'The Gate' is essentially a love song," Huang says in an interview with Dazed. "But I say 'love' in a more transcendent way. Vulnicura was about a very personal loss, and I think this new album is about a love that's even greater. It's about rediscovering love – but in a spiritual way, for lack of a better word."

Björk's new full-length, her followup to 2015's Vulnicura, is expected to drop sometime in November.